For shoppers who have come to expect steadily declining clothing and footwear prices, a return to higher inflation will come as a shock 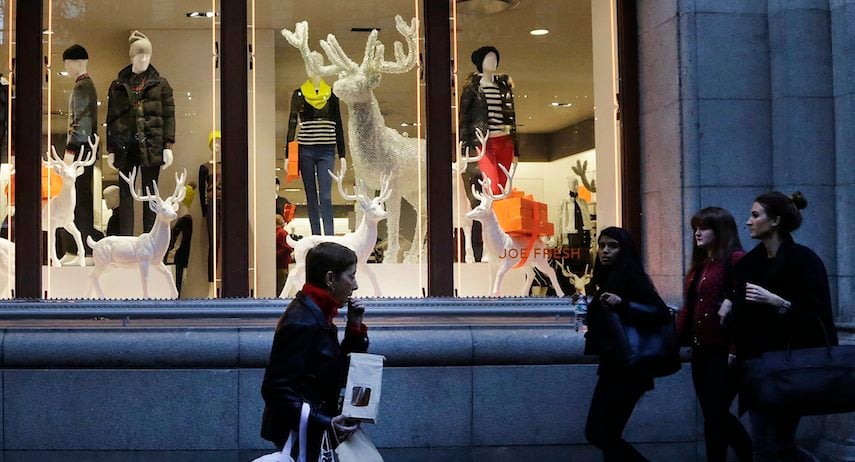 Nothing raises the ire of Canadians quite like the lower prices American shoppers enjoy on the same products south of the border. From cars and coffee makers to shirts and shoes, Canadians have long complained they’re getting gouged. Such sentiment is at the heart of the populist chest-thumping the Harper government has directed against retailers and their suppliers of late.

But here’s a fact often lost in all the gouge-rage: When it comes to clothing and footwear, Canadians might pay more than Americans do today, but they’re paying a lot less than Canadians did a decade ago.

(For best results on mobile, view this chart in landscape mode)

On average, women’s clothing is roughly 15 per cent cheaper than it was in 2004. Across the board, prices are down. Children’s footwear is the only exception, yet even in that category, prices have failed to keep pace with the overall increase in consumer prices, as measured by the core inflation rate, which the Bank of Canada uses to gauge the underlying inflation trend in the economy.

There are a number of reasons why clothing prices have dropped. Cheap imports from the likes of China and other emerging economies is one. That enabled the rise of discount retailers like Joe Fresh, the clothing arm of Loblaws, and others, which strive to offer stylish fashions at rock-bottom prices (in some cases, with horrific consequences.) The high value of the loonie through much of the last decade also made it cheaper for retailers to import finished goods as well as raw materials.

But the era of ever-cheaper apparel appears to be ending.

Buried in Statistics Canada’s consumer price report released Friday is a hint that things are about to change. Even though the cost of clothing fell 2.3 per cent in November from the month before, on a year-over-year basis October and November marked the first time in more than 15 years that clothing prices rose faster than Canada’s core CPI rate for two consecutive months. That might not sound like much, but when you look at the six-month trend in the relationship between clothing prices and the core inflation rate, it’s clear we’re at a turning point.

(For best results on mobile, view this chart in landscape mode)

Just as the Canadian dollar helped keep clothing prices down, the slumping loonie is making it more expensive to import clothes. Stricter safety controls on suppliers after the Bangladesh factory collapse in 2013 may also be leading to tighter margins for discount retailers, just as labourers in China and elsewhere demand higher wages. And while the plunge in the price of oil—a major cost for all manufacturers—might help, it’s unlikely to offset Canada’s weakening currency.

We’re hardly facing runaway inflation here. And the Bank of Canada will likely welcome rising clothing and footwear prices as it grapples with weak inflation. But for shoppers who have come to expect steadily declining clothing prices, a reversal will come as a shock.

UPDATE: This chart includes inflation data up to February 2015