Is income inequality the gluten-free diet of the economics set?

The Editorial: What income-inequality crisis? A recent OECD report uses Canada as the standard by which to judge the United States. 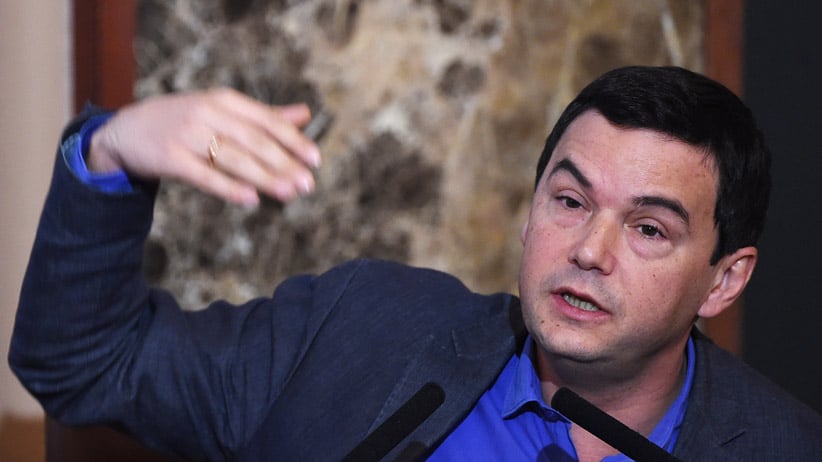 Everybody’s got something to say about income inequality these days. French economist Thomas Piketty got the ball rolling last year with his unlikely publishing sensation, Capital in the Twenty-First Century, which claimed the return on capital owned by the richest folks in the world was outpacing the overall growth of the global economy, inevitably pushing inequality higher. This set off a worldwide conversation about the fairness of one-percenters’ living standards. The Organisation for Economic Co-operation and Development (OECD) and the International Monetary Fund weighed in with their own concerns about the impact of inequality on growth. So did that high-level talk shop, the World Economic Forum, which declared “deepening income inequality” to be the No. 1 issue preoccupying world leaders in 2015.

Here at home, the Toronto-Dominion Bank’s economists recently argued for greater attention to the topic. Federal opposition leaders Thomas Mulcair and Justin Trudeau view almost every political issue through the lens of its assumed effect on the middle class and, hence, income distribution. The parliamentary budget officer (PBO) recently released his own report on how inequality affects federal finances, and the United Way of Toronto announced two weeks ago that not only is income inequality “a central challenge for our times” but “Toronto is at risk of becoming the income-inequality capital of Canada.”

The question amid all this hullaballoo is whether the attention paid to income inequality is justified, or simply the latest trendy notion to fascinate expert opinion. Has income inequality become the gluten-free diet of the economics set?

It seems significant that Piketty, the patron saint of the subject, is now trying to undo some of the wilder claims made about his work. In an article to be published shortly in the American Economic Review, he claims his main points have not been “not well-captured in the discussion that has surrounded my book.” Rather than blaming capital for rising income inequality, he says the phenomenon is the natural result of diverging skill sets and education in the labour market. His real purpose, he says, was to bring attention to long-run, historical trends—not stir up present-day outrage. From this perspective, things are not particularly dire. “Wealth inequality is currently much less extreme than it was a century ago,” he writes.

If Piketty is looking to dial back hype over his major opus, a lot of the other claims made about income inequality deserve a similar fact-check. Take the United Way report, for example. While the charitable organization claims inequality has risen by more than 30 per cent in Toronto, thus outpacing other cities such as Calgary or Vancouver, the figures it uses are more than 10 years old. More problematic, the data consist of before-tax income, which means they entirely ignore the ameliorative effects of Canada’s progressive tax system on income inequality. Such a data flaw renders the entire exercise meaningless, if not outright deceptive.

The same might be argued for concerns expressed by opposition leaders over the distribution of the benefits from various tax measures introduced by the Harper government. Claims that Tax-Free Savings Accounts or income-splitting ought to be reined in because they largely benefit upper-income groups in many ways miss the point. Low-income taxpayers pay less tax; they therefore have less tax to save. Many families will see these new tax measures reduce their tax to zero—at which point, it becomes impossible to gain further benefits. It’s a matter of mathematics that most tax breaks deliver greater advantages to higher-income families, simply because they pay more taxes in the first place. Besides, this appears to have had no negative impact on the issue du jour. According to the PBO report, “since 2006, there has been a small increase” in the ability of the federal tax-and-transfer system to reduce inequality. Every little bit helps.

Finally, even the most authoritative investigations into income inequality come up short in establishing a Canadian crisis. The TD report points out that “after-tax and transfer-income inequality has been relatively ﬂat since 2000.” Hardly a doomsday scenario. And as for inequality’s impact on social mobility, Canada performs quite well in international comparisons.The OECD report actually uses Canada as the standard by which to judge the United States, pointing out that if the U.S. enjoyed (lower) Canadian levels of income inequality, bottom-rung Americans would display substantially higher math skills and, thus, better job prospects.

While extreme levels of inequality will always be dangerous to growth and social harmony (think France in 1789 or Russia in 1917) and there is some evidence that American-style inequality can lead to poorer outcomes for its underclass, the mania surrounding income inequality in Canada seems entirely undone by the facts on the ground. This is not to suggest we should ignore income distribution altogether, but we must be mindful of appropriate responses. The TD report suggests more means testing of programs to better target inequality. And rather than greater redistribution via the tax system, as some demand, education remains the surest means of maintaining upward social mobility and economic growth for all. If inequality is a concern, school is the solution—as it is for so many things.