Is it time for the U.S. to relax its ban on crude oil exports?

As U.S. oil output booms, some say the 40-year-old export ban is outdated 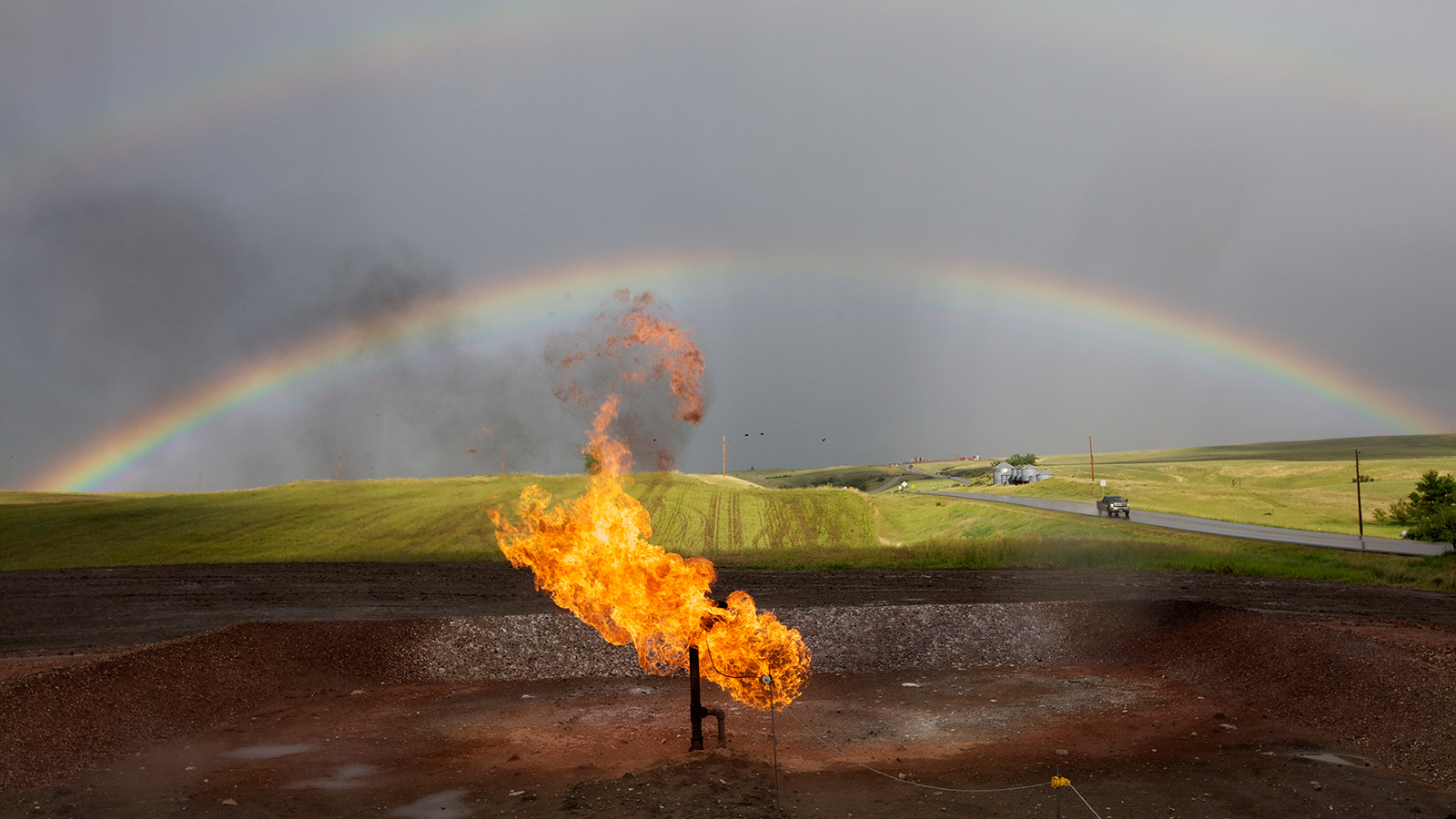 In 2008, President-elect Barack Obama promised to steer the U.S. toward energy independence. The pledge seemed, to borrow from Sarah Palin, “hopey-changey” in the extreme. The world’s biggest consumer of oil was importing 66 per cent of its supply from countries such as Saudi Arabia and Venezuela, with few signs red-blooded Americans were ready to ditch their pickup trucks for fuel-sipping Smart cars.

It turns out they didn’t need to. Six years on, and irrespective of Obama’s policies, the U.S. is swimming in oil and gas. Spurred by a rise in global prices, drillers devised new ways to coax crude out of previously untappable shale formations across the country using hydraulic fracturing, or “fracking.” The technology involves injecting water and sand into well holes under high pressure, fracturing the rock and allowing hydrocarbons to ooze forth. It’s estimated the fracking boom will push U.S. production as high as 9.6 million barrels a day by 2016, up from about 6.5 million now. Those sorts of production levels haven’t been seen stateside since the 1970s. There’s even talk of the U.S. becoming a net exporter by 2030.

But while America’s oil bonanza is reshaping global energy markets, the country’s infrastructure is nowhere near ready to transport and refine the large quantities of light crude that now flow from North Dakota’s Bakken shale or the Eagle Ford shale deposit in Texas. At one point last year, fears of a glut caused the U.S.-focused West Texas Intermediate (WTI) benchmark to trade at a $16 discount to North Sea Brent, even though the two grades of crude are light and sweet. The gap has since narrowed to $7—at least for now.

Even so, producers are leaving billions on the table. While the solution seems relatively straightforward—retool more U.S. refineries to handle lighter blends of oil—doing so entails huge upfront costs the industry is unwilling to bear. Hence, the Obama administration is now forced to contemplate the previously unthinkable: relaxing a 40-year-old ban on crude exports. “Lifting today’s crude-oil export restrictions would help strengthen the U.S. economy, foster job creation and promote the efficient development of the domestic energy sector,” Lee Tillman, the CEO of Marathon Oil Corp., a major player in both the Bakken and Eagle Ford plays, recently told a North Dakota newspaper. (It could also benefit Canada’s oil sands industry, which is forgoing billions in revenue every year because nearly all its landlocked bitumen is funnelled into the increasingly swamped U.S. market, where it’s priced against WTI.)

The hitch is that lifting the ban could usher in an era of rising U.S. gas prices, which is the same politically unpalatable scenario that led lawmakers to impose it in the first place. Since no one knows how, exactly, the shale boom will play out—just last week, the U.S. Energy Information Administration (U.S. EIA) slashed its estimate of recoverable oil in California’s vast Monterey shale by 96 per cent, or 13 billion barrels—Washington may ultimately decide it’s simply not worth the risk.

From a pure economics standpoint, allowing more exports of U.S. crude is a no-brainer. Oil, after all, is a global commodity, and forcing U.S. producers to sell it at a discount takes money out of the pockets of the entire country. A recent survey of economists by the Associated Press found that more than 90 per cent believed more exports of oil and gas would help the U.S. economy by encouraging new investment in production, adding jobs and reducing America’s $40-billion trade deficit. Not a bad deal in exchange for possibly paying a few more cents at the pump.

Prolonged pricing distortions also threaten the U.S. oil and gas industry itself. Like Alberta’s oil sands, the economics of shale oil are daunting. Some shale producers are currently spending more money drilling wells than they will get back this year from crude oil sales, according to a recent report by Bloomberg—and that’s with WTI prices at $100 a barrel. If prices began to soften amid an accumulation of reserves of tight oil—another term for shale petroleum—there’s a risk that many of those projects could suddenly become less attractive.

It’s mostly an issue of refining capacity. In the wake of the 1973-74 OPEC oil embargo, U.S. refineries spent billions to reconfigure their operations to handle heavier grades of crude from Venezuela, Mexico and, more recently, Canada. Reverting would cost billions more. In part, the reluctance of refiners to respond to the shale boom explains why diluted bitumen imports from Alberta’s oil sands continue to rise amid growing fears of an impending U.S. glut.

The U.S. industry has managed to absorb the extra production by boosting exports of refined products not covered by the ban. Exports of gas, diesel and other distillates have soared 60 per cent in six years. For U.S. refiners, it’s a profitable side business that benefits from the fact that U.S. crude prices trade at a discount. “That’s why you don’t notice the impact of light, tight oil production as much,” says Patricia Mohr, an economist at the Bank of Nova Scotia. However, she cautions that the U.S. refinery industry is operating at close to capacity and that, in a few years, the days of big discounts on North American crude could soon return if the export ban isn’t lifted, or new refining capacity added. Already, imports of light crude from sources other than Canada—mostly in Africa—are on the decline, down about 23 per cent since 2008, according to the U.S. EIA. “I think it’s another argument that we critically need to build some oil-export pipelines to give us access the Chinese market, South Korea, Japan, Singapore and the west coast of India,” Mohr says. “We just need to change our agenda enormously and move to shore up our export potential.”

Much of the discussion around junking the export ban is underpinned by forecasts that suggest the U.S. will become a net energy exporter within 15 years. Indeed, that’s what the International Energy Agency predicted a little over a year ago, saying the global energy map “is being redrawn by the resurgence in oil and gas production in the U.S.” But questions about the U.S. industry’s sustainability remain. That’s both because of the extraordinarily high prices associated with drilling shale, and because of the nature of the resource itself.

“It’s extremely unlikely that the U.S. is ever going to grow production enough that it’s going to be a net exporter of oil,” says David Hughes, a fellow at the Post Carbon Institute, an environmental think tank, who spent three decades studying energy resources at the Geological Survey of Canada. The problem, Hughes says, is not the quantity of oil available, but how quickly shale wells are depleted. Whereas production declines at a rate of about five per cent a year in traditional oil fields, the average decline in the Bakken is closer to 45 per cent, Hughes argues. That number could increase, since drillers tap the most promising reserves first. In the Bakken, that translates into drilling 1,400 new wells every year at a cost of $11 billion, just to maintain production levels, Hughes says. Never mind a further exponential increase on the road to energy independence: He likens the challenge to running on a fast-moving treadmill.

There are also questions about how much recoverable oil exists in U.S. shale. The U.S. EIA’s recent recalculation of the Monterey shale deposit, home to two-thirds of the country’s reserves, effectively turned a boom worth 2.8 million jobs and $24.6 billion in annual state-tax revenue into an economic afterthought. Now the agency believes only 600 million barrels can be recovered with current technology, down from a previous estimate of 13.7 billion barrels. Why? The earlier estimates didn’t take into account the state’s complicated geology, with rock layers folded and twisted by earthquakes.

That’s not to say the U.S. shale boom is inconsequential. The rapid rise in production has helped keep world oil prices stable in the face of falling production in Libya, sanctions against Iran, violence in Nigeria and a growing push for a clampdown on Russia. North Sea Brent crude has traded in a narrow band around $110 for most of the past year. “North America’s shale boom has been a huge calming factor,” Lysle Brinker, an oil analyst at IHS, recently told Bloomberg Businessweek. “Without it, we might be seeing $150 oil right now.”

Concerns about longevity will, however, make it difficult for lawmakers to justify overturning legislation designed to promote energy security. A report this year by the Center for American Progress suggested that a “lower domestic price for oil benefits families, businesses and the overall economy,” noting that West Coast gas prices jumped in 1996 after a similar ban on crude exports from Alaska was ditched. Obama may therefore reprise his earlier strategy on the energy file: Do nothing and hope for the best.

FILED UNDER: fracking oil and gas