Is the stock market rigged? 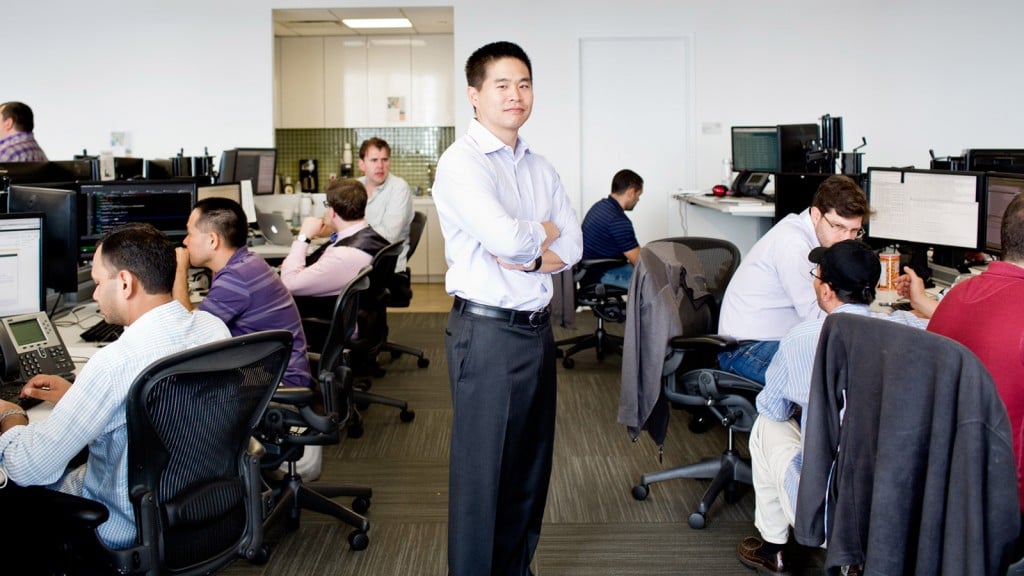 Michael Lewis, the author of MoneyBall and the Big Short, has developed a reputation for taking complex financial matters and demystifying them for the layperson. In his latest book, Flash Boys: A Wall Street Revolt, Lewis draws a bead on the rapid growth of high-frequency trading (HFT) in the stock market. Lewis claims that HFT firms, using complex algorithms running on advanced computers located close to exchanges, have been able to leap in front of other investors making trades, and reap billions of dollars by manipulating stock prices. In an interview with 60 Minutes, Lewis claimed “the most iconic market in global capitalism is rigged.”

It’s by no means the first time problems with HFT have been raised. What Lewis does with this book, however, is paint a vivid picture of how HFT firms exploit mere milliseconds of advantage for vast profits resulting in a market of haves and have-nots, where the differentiator is the ability to see information in the market before anyone else.

And he tells the tale of how Brad Katsuyama, a trader for Royal Bank of Canada in New York who first began to realize something was wrong in 2006, when trades he was making for clients seemed to trigger price changes that left them shortchanged. Drawing on technology experts, Katsuyama realized his trades were appearing on different exchanges fractions of seconds apart, giving time for HFT firms with faster connections to jump ahead and trade against him.  His team’s solution was a tool which actually delayed orders to closer exchanges so that all trades arrived at their destination at the same time.

In 2012 Katsuyama left RBC to form IEX, an exchange that aims to level the playing field so that price information is available to all investors simultaneously. It launched last October. Among the tactics deployed to keep the market even: a “magic shoebox” containing 50 km of coiled fibre optic cable that sits between the exchange and HFT firms. The added distance  results in a 350-microsecond delay, just enough time to dissuade predatory electronic traders.

Maclean’s spoke with Katsuyama about his research and the motivation behind forming IEX. This is an edited version of that conversation:

Q: Why does high-frequency trading matter to the individual investor?

A: It matters because a certain percentage of trades in the market are happening at prices that are not fair to all participants. And it creates a problem. I’m not saying all trades that happen happen this way, but there’s a certain percentage of trades that occur in this market where the faster traders are trading on information that the slower traders don’t have. As a market place at IEX, it’s our job to ensure that all of our participants have the same access to information and that everyone is playing on equal footing. People will always be faster and some people will always be slower, but it’s the market’s responsibility to look at all participants and treat them as fairly as possible.

Q: Some would say the stock market has always been rigged. What was different about what you discovered?

A: The problem that we discovered was so complicated and embedded into the system it’s nearly impossible to find a word to describe it. I think the underlying fact is that the system itself has let down the traditional investor. It’s probably because the evolution of the system and the incentives that were in place in the system directed it away from its core purpose, which really was to facilitate raising capital and allocating that capital between investors. It lost its way. And what it took was a group of people from a bunch of different backgrounds to understand all of their respective roles in breaking the system, and how to rebuild it.

Q: It’s counter-intuitive that to solve the problem of high-speed traders gaming the system, your solution was not to go even faster, but to go slower. Why was that the way to go?

A: It is impossible to control how quickly people can find out information. There is no way to ensure that every single person that invests in the U.S. stock market will find out all information at the exact same time. That’s just not possible. The only thing that we can possibly do ourselves is to ensure no one can react to information that we don’t have as a marketplace. We know that HFT has access to technology that allows them to get information faster than us. So the only thing we can do to create an equal playing field between the faster HFT and the slower participants, is to slow down HFT’s ability to react.

Which is why we coiled 50 km of cable to connect to our market. If the stock XYZ goes from trading at $10 to trading at $9.99, HFT is the first person to see it, and now all of a sudden they’re going to try sell stock at $10. They send an order into our systems, it goes around all these coils, and by the time it comes out the other end, we know the stock is trading at $9.99. We won’t let any trade take place at $10. That is exactly what happens. Which means that we are always fairly pricing trades between fast and slow participants.

Q: What was it like when you first realized the impact high-frequency traders were having on prices?

A:  I think in many ways I was lucky to be in the right place at the right time. RBC was a great place to discover what we discovered. It took us very little time to realize that doing the right thing and speaking to our clients about it was a much better path for us than taking this information and trading it proprietarily. RBC deserves a lot of credit. When faced with this fork in the road, deciding to go down the right path. It made it a lot easier to do the things that I did, because of the place that I worked.

Q: In the book there’s a moment where Lewis says you thought you had the chance to maybe change Wall Street’s culture. Do you feel that way?

A: It’s a hard question to answer. We come in every day and we focus on what we have to do. There are a lot of good people on Wall Street. The challenge becomes, the way to make the most money isn’t necessarily always doing the right thing by your customers. That’s not a profound statement. So if the people who make the most money for the banks are the ones who rise up the ranks, you’re rewarding behaviour that isn’t necessarily in the best interest of the long term interest of the firm. Good people are leaving Wall Street to go into other industries, they’re making moral decisions to leave Wall Street, and it’s a shame, because as some of the good people end up leaving the industry, the ratio of good people to not so good people changes. All we’re trying to do at IEX is align the incentives of brokers and clients by making a market that’s fair and transparent. We’re already starting to see the impact as brokers partner and work with us. Again, nobody who owns our market trades on our market. We’re owned by the Buy Side [mutual funds, hedge funds], and the Sell Side [brokerage houses] are our customers. Right out of the gate that structure allows us to almost play referee to their two interests.

Q: Why has it taken this long for someone to do this?

A: It took us a long time to figure out the whole picture. At RBC we figured out part of the picture. It wasn’t until later that we filled in a lot of the pieces. It was very hard to figure out, and once you figure it all out, do you participate in the games that are being played that are probably the easiest way to make money? Or do you look to try to change the industry? It’s the road less traveled. I think we’re the first ones to take option B. We’re definitely not the first to figure this out.

Q: But why were you the first to chose Option B?

A: I think first, it was because we found it out at RBC. The moral compass of the firm was aligned with what we wanted to do. We were able to gain a huge amount of credibility simply by telling the truth to clients, which then gave us the relationship with the mutual funds and hedge funds to go out and start IEX as a completely independent entity. To get that close to the hedge funds and mutual funds it had to be born in a broker, but for it to truly work, it couldn’t be part of any broker.

Q: You’re up against all these high-frequency traders that are going to be trying to circumvent and find loopholes in your system. How will you fight that?

A: We were in a room for 18 months before we launched our market. We have guys from exchanges, from high frequency trading firms, from all across the business. So we spent a lot of time thinking about how to build the simplest and fairest marketplace. We had a lot of very bright people thinking about those problems. We do think the model we’ve created is the right model. There are a number of HFT firms who refuse to connect to us because they say they can’t make money here. Computerized trading is not bad for the market, but some people use computers to cheat. You can’t use a computer to cheat on our market, but you can use a computer to trade. It’s impossible for us to know which computerized traders are good, and which are bad, but they reveal themselves to use by who refuses to show up.

Q: You’ve been described as the hero of Lewis’ book, what’s that like?

A: I feel very lucky and thankful. It’s a shame that someone has to be front and centre because so many people at IEX and RBC have worked so hard along the way to get us to this place. It’s very humbling.