Isn't there a rule against outrageous bonuses?

The decision by Postmedia to pay executives millions in retention bonuses even as it empties out its newsrooms has sparked outrage, but was it illegal? 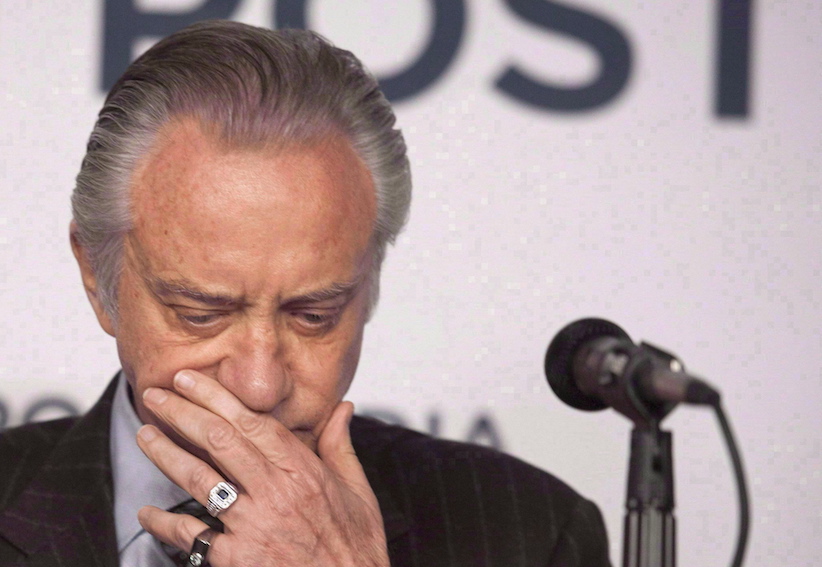 On the first page Postmedia’s “code of business conduct and ethics,” it spells out four questions all employees—be they directors, officers or employees—should ask themselves when they come face-to-face with a tough decision:

Is this legal? Is this fair and ethical? Am I confident that Postmedia Network would not be embarrassed if this situation became public knowledge? Would I approve of this situation if I were a co-worker, a customer or a shareholder?

The answer, it goes without saying should be “yes” to every question, which might explain why so many are crying foul over the $2.3 million in bonuses awarded to five senior Postmedia executives—outlined in company disclosures on Wednesday. The retention bonuses, which is how they were presented, came to light one week after the National Post newsroom lost one-fifth of its staff to “voluntary buyouts” following the company’s 2015 fourth quarter net loss of $99.4-million.

The decision to hand out bonuses quickly drew the ire of current employees.

Postmedia execs owe their employees an explanation. Tomorrow if not tonight.

And a former editor-in-chief at the paper.

i can't imagine a board of directors approving these bonuses giving everything going on in the company. callous, tone deaf, thoughtless https://t.co/H4l52LGLvR

Several unions that represents news outlets across Canada (though the National Post is not unionized) said the money would have been better spent on keeping the journalists around.

Is this embarrassing for Postmedia? It appears that way. Would co-workers or customers approve? Many don’t. And yet, there is no rule that the publicly-traded company broke, says one expert in corporate law and securities regulation—not even potentially failing to abide by the company’s own code of ethics.

“A breach of the code of conduct does not in itself create a basis for a legal claim by the shareholders,” says Gail Henderson, a Queen’s University professor. Shareholders can voice their displeasure at the annual meeting, much like Barrick Gold shareholders did last year, which led to a revamping of executive pay, but Henderson says “the easiest thing [for shareholders] to do is what’s referred to as the Wall Street Rule: if you don’t like it, sell you shares.”

As it stands today—after Postmedia was recapitalized in October and existing shareholders saw most of their equity wiped out—the company’s largest shareholder is New Jersey-based Chatham Asset Management. Chatham controls up to 49.9 per cent of voting rights, has the right to appoint 33 per cent of Postmedia’s board, and also holds a significant amount of the company’s new debt, bearing interest at 10.25 per cent.

While news outlets across the country are shuttering or laying off staff, the Postmedia bonuses were tied to retention and not performance, meaning the money was intended to keep the executives, like 76-year-old Paul Godfrey (bonus: $900,000), around a bit longer to see them through the company’s recapitalization period. “The board  at the time decided…it would be best for the company if all these top executives stayed in their jobs during the transition of this company,” Henderson adds. “That’s the idea behind the payments.”

But even then, the company might have been unsuccessful. The Globe and Mail reported Thursday that Jeffrey Haar, Postmedia’s executive vice-president and legal counsel (retention bonus $300,000), will be leaving the company at the end of the month. No word on if or how much of the retention pay he’d have to hand back, having received only one $100,000 instalment to date.

So is there any rule or regulation stopping a company from giving executives bonuses while laying off staff and losing large amounts of money? “No. Not directly,” Henderson says. “As a director, is this the kind of headline you hope to see? Probably not. I’m sure they think they’re doing the best in the long-term interests of the company. Sometimes that’s going to mean a bad headline.”