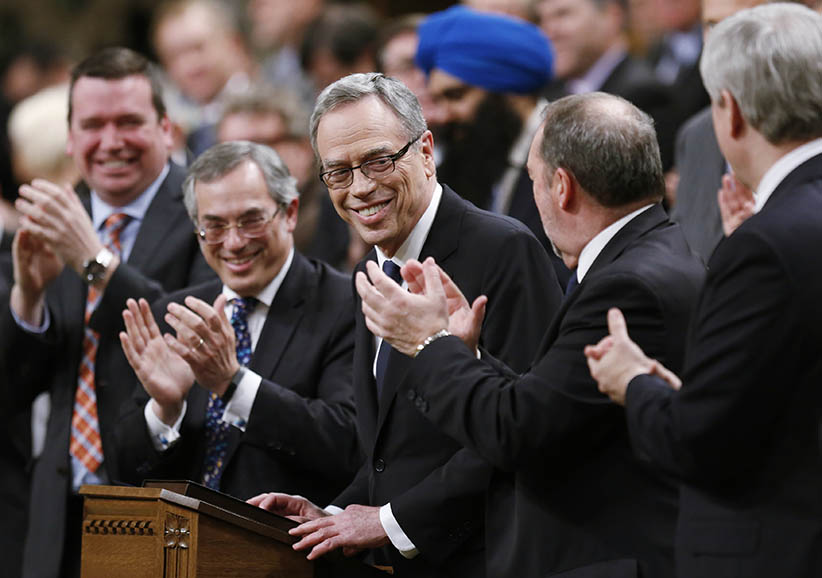 OTTAWA — There are some troubling signals and conflicting messages about the direction Canada’s economy will take just as voters are preparing to head to the polls once again.

On Monday, TD Bank said Canada was likely already in a recession in the first half of this year.

And even though just last week Finance Minister Joe Oliver was dismissing the “R-word,” by Tuesday he was softening his stand, saying it’s just too early to tell if Canada’s economy has, indeed, slid backwards.

Oliver also said Canada is well positioned to deal with another economic downturn, although he acknowledged the country’s finances are in a fragile state.

So, what lies ahead for the economy?

Here are some facts:

However, that was partly because the government stopped setting aside an annual $3 billion contingency reserve. It also assumed there would be nearly $1 billion in savings through the negotiation of new contracts with civil servants. Those savings have yet to be realized and the largest union, the Public Service Alliance of Canada, is seeking a court injunction to prevent the government from unilaterally taking much of that money out of employee sick time reserves.

2. Oil prices aren’t in freefall, but nor are they on the rise.

While the spring federal budget pegged average crude prices in the $60 to $70 per barrel range, the August crude contract closed Tuesday at $52.33 U.S. per barrel. Continued low oil prices could further erode the federal government’s balanced budget pledge if revenues fail to materialize.

But … TD now projects just 1.2 per cent for the year — a revision that could take yet another bite out of Ottawa’s bottom line.

4. Relying on the U.S. economy to bolster Canada’s fortunes may be a bust.

Statistics Canada reported Tuesday a widening merchandise trade deficit of $3.3-billion in May, up from $3-billion in April. It was Canada’s eighth consecutive trade shortfall and the second-largest in history, despite a Canadian dollar that’s been hovering at or below 80 cents U.S. BMO Capital Markets senior economist Benjamin Reitzes said the trade deficit numbers counter expectations that improving U.S. growth and a weaker loonie will provide a boost to Canada.

4. There are also continuing concerns about the situation in Greece.

But Dominion Lending Centres chief economist Sherry Cooper notes that while all the attention has been on Greece, the Chinese stock market has fallen nearly 30 per cent in the past month as China’s economy slows. China, with the second largest economy in the world and a population 120 times the size of Greece, has until recently dominated a rising demand for Canada’s natural resources.

5.  Economists anticipate the Bank of Canada will lower its key lending rate in an effort to stimulate growth.

6.  One cash cow for the feds is the Employment Insurance system.

The federal government is currently collecting more money in EI premiums than it spends on benefits. And that means it can prop up its books with what’s left over — until the premium rate start to drop off in 2017.