When will we get on with it? Jesse Brown is waiting for the day when tablets are generic, cheap and ubiquitous

As an invention, the tablet computer was kind of obvious.  It’s a laptop without a keyboard.  Or maybe it’s a giant smart phone.  But Apple did it first, and probably still best, and since the iPad, every other tablet has been off-brand.  How do you improve on such a simple and featureless design? Even Apple’s attempts have been underwhelming.  Inventing the “iPad killer” may be a much tougher challenge than inventing the iPad.
Witness Surface, the new tablet computer from Microsoft.  How have they differentiated their product? By bringing back the keyboard.  Check it out: 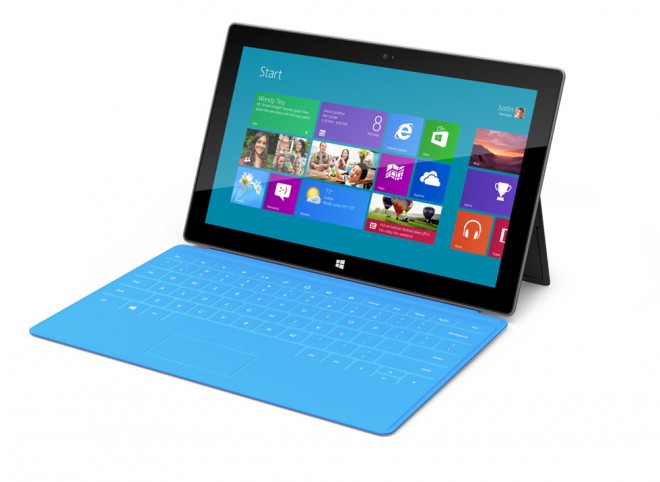 Surface was originally going to have two screens.  That would have been okay, but could it have competed with the Sabre Pyramid?

Perhaps the real question is why anyone would care about such boring technology.  Don’t get me wrong–tablets are marvels of ingenuity.  Every now and then I pause to consider how amazing it is that humans have concocted such bizarre and complex things.  But then again, the light bulb is pretty cool as well.  Only stoned teenagers can afford more than a few moments a day to marvel at such things.  The rest of us simply get on with it.

So when will we get on with it, tablet-wise? I’m waiting for the day when only someone who is about to buy a tablet might care about the release of a new tablet.  I’m excited to get to the phase of the consumer electronics product-cycle where the device is generic and cheap and ubiquitous.

Think USB keys. Have you seen the new ones? Me neither.