And if you're under 35, there's barely any competition for the job

Looking for a good gig that pays over 60K? Consider farming. 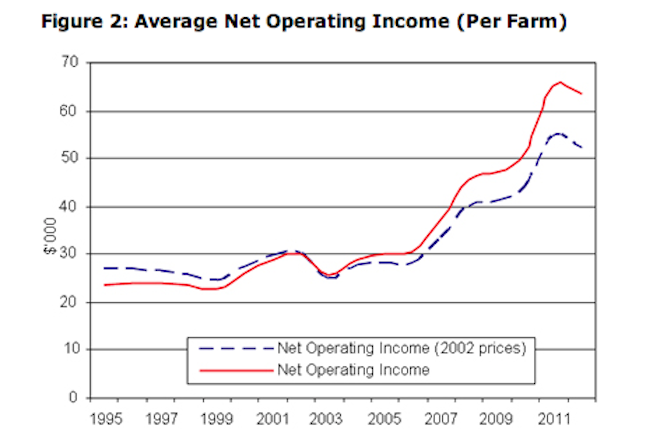 Agriculture and Agri-Food Canada, based on Statistics Canada figures and projections

“The economics of agriculture are coming back,” says Jeff Grubb, a Regina-based lawyer with expertise in agricultural law. “In the 1980s and 90s farm families needed to have some source of off-farm income,” at least in the prairies, recalls Grubb, who is himself the owner of a 700-acre farm. That’s less and less the case today, though, he says–courtesy of steadily climbing commodity prices and ever-larger farms. 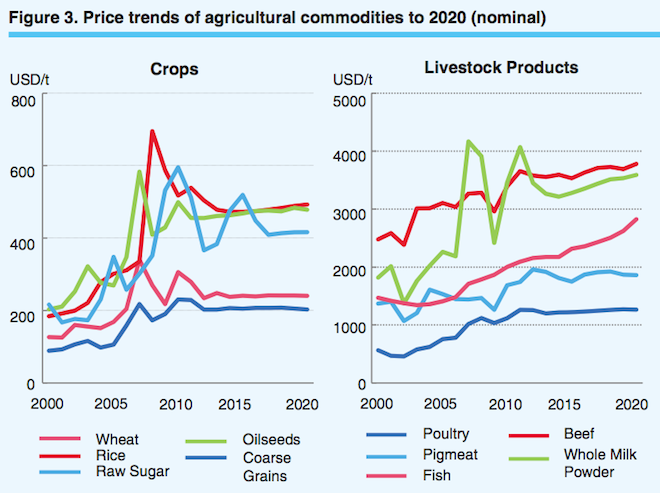 Growing demand for food from emerging markets has pushed the prices of crops like rice to unprecedented highs in recent years. Of course, the appetites of a rising middle class in places like China are no guarantee that commodity prices will keep going up in a straight line, but there’s reason to be optimistic nonetheless. A trend toward farm consolidation and bigger farms, for one, is another factor that’s making for better operating margins, as farm operators exploit economies of scale, notes Grubb.

Not convinced yet? Perhaps you need an update on what “working the land” looks like these days. If you pictured yourself living among the wheat fields, with your days ruled by a well-worn routine and nothing but dial-up Internet to connect you to the outside world, think again. With the average farm size at 778 acres, running a farm nowadays is as much about management and financial planning as it is about tractors and fertilizers. And in many cases, living on the farms is no longer required, says Grubb. In the prairies, many farm operators now live in urban centres and commute to work, he adds.

Add to this that the sector is in dire need of fresh blood. According to the latest Census of Agriculture, nearly half of all Canadian farmers are 55 and older, notes Grubb, who says he increasingly finds himself urging clients to think about succession planning. Though the number of Canadians farms has been decreasing since 1941 and dropped 10 per cent over the last five years alone, the number of young people entering the sector has been dropping even faster–with the result that folks under 35 made up less than 8.2 per cent of farm operators last year. With youth unemployment in Canada hovering around 14 per cent–nearly twice the national average–that alone should be enough to get some youngsters interested.