Maker culture is a booming business. Here's how Etsy plans to stay true to its roots. 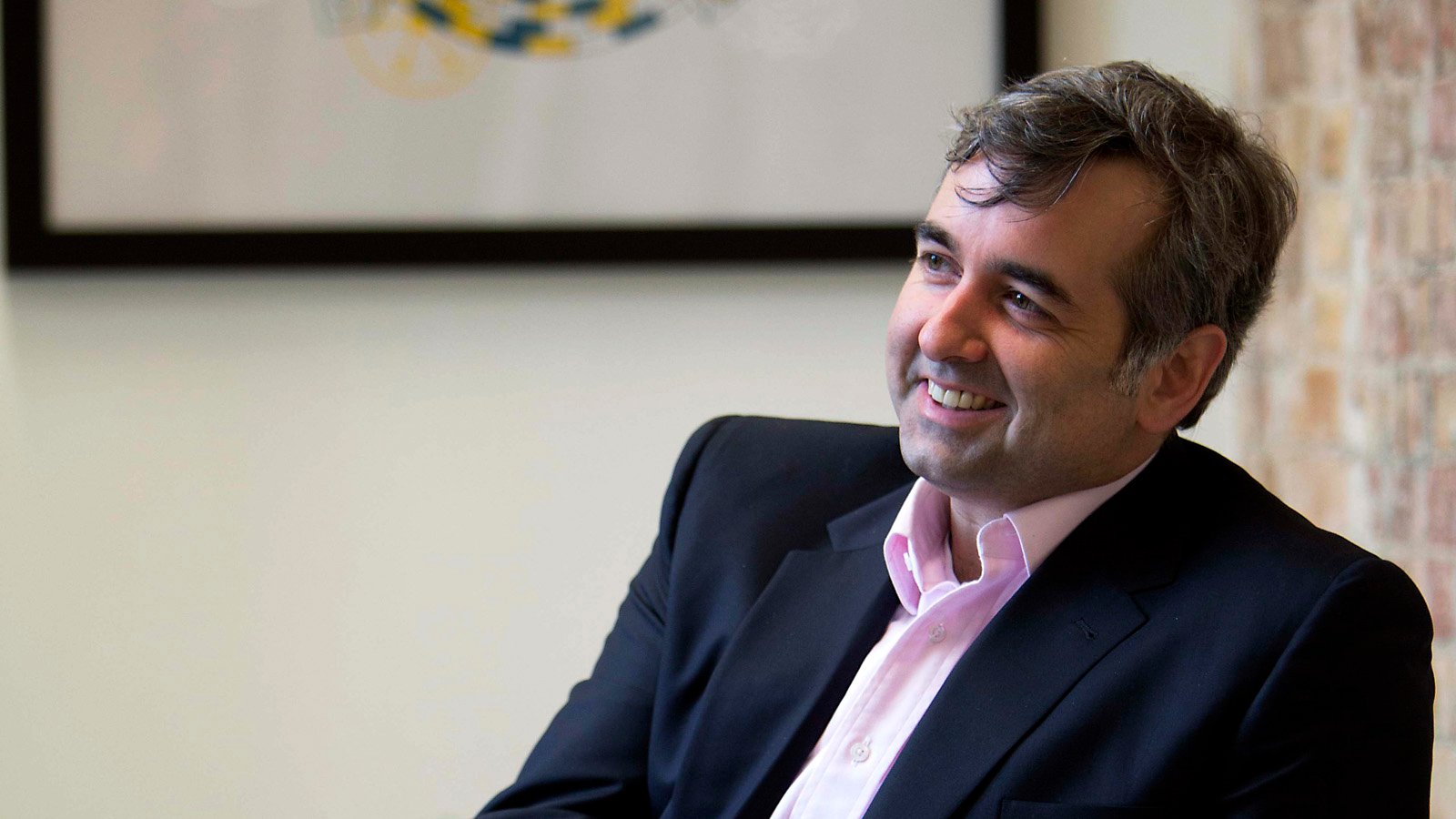 Founded in 2005 as an online market for artisans to sell their handcrafted wares, and with an emphasis on local communities, Etsy can feel small scale. Its quaint charms mask its impressive size. Etsy now boasts more than 30 million members and more than a million sellers around the world, and it’s been profitable since 2009–an impressive achievement for an online start-up. In 2013, it sold US$1.4-billion in merchandise, up from US$895-million in 2012.

Chad Dickerson, 41,  joined Etsy as its chief technology officer in September 2008. When Etsy’s co-founder Rob Kalin resigned from his post as CEO for the second time in 2011, Dickerson took up the job. Maclean’s spoke with Dickerson, who was in Toronto to meet with 31 Canadian Etsy sellers—“team captains” of like-minded community members, to talk about how the company can continue to grow, including a potential IPO, while remaining true to its roots.

A: One of the real benefits of being an executive at Etsy before being CEO is that I got to see, nearly from the very beginning, all the dynamics of the community. So the idea of “handmade” and how we define that has always been a part of the conversation at Etsy.  We believe that things like photography fit, even though technically when you take a photo it’s not officially, in a technical sense, made with your hands–it’s a creative act. As Etsy’s grown, this creative impulse is the thing we’ve always honoured, no matter where the growth has come from.

Q: Why do you think that’s been so successful for Etsy?

A: We had the usual trajectory of a start-up, so we didn’t make money from 2005 to 2008. I think the profitability really speaks to the strength of the business model. It’s a very fair business model. When you sell something on Etsy, we take 3.5 per cent, the seller gets 96.5 per cent. It’s an e-commerce business where the revenue goes back to communities. I think with traditional e-commerce, the money goes back to the company wherever it is–Amazon in Seattle, et cetera. But Etsy really distributes the success in the community, and the whole business model is really based on the success of other people.

Q: There was some uncertainty about the policy that sellers had to make everything themselves. That fundamental premise of the company was changed recently, with the ruling that sellers can apply through Etsy to use outside manufacturers. What was behind that decision?

A: We just updated our policies in October to clarify them, and our motivation there was basically to help our sellers scale. When Etsy started in 2005, I don’t think anyone realized that many sellers would be able to build significant businesses on Etsy. And what we found is our most successful sellers were starting to hit a wall, where they were unsure whether they could hire outside help or get production assistance or that kind of thing. So we made a real commitment when we updated our policies to help our sellers scale, but do it in a way we could be proud of. We’ve been asking our sellers to disclose to the community how you’re making what you’re making, who’s working with them, what production assistance their using.

Q: You’ve got an active community, and with any tight-knit community,  there is both loud praise and criticism. What do you say to the criticism from those Etsy members who feel betrayed by these changes?

A: We’re open to criticism. What I rely on is talking with sellers a lot. And what I’ve heard is people come up to me and say, ‘Thank you, I really had found success on Etsy and I wanted a way to grow my business, and now you’ve given me a path.’ We really focussed on making the policies so they fit in with the way we think about Etsy, of buying and selling from real people and being open transparent, but also creating new businesses so that our sellers can grow in the right ways. I think we’ve gotten a lot more praise than criticism.

Q: Do you understand the criticism?

A: I understand the fear. We live in a world where for many people everything that they’ve grown to love got ruined at some point. That’s not what we’re trying to do at Etsy. Not everyone’s going to agree with us or our policies. But by and large, our sellers have really embraced the changes, and Etsy is no longer a place that only supports hobbies, it’s a place that builds business.

Q: At the core of the criticism is that the new policy permits open manufacturing, and that this represents a betrayal to the one-on-one interaction that endeared supporters and sellers to Etsy in the first place. 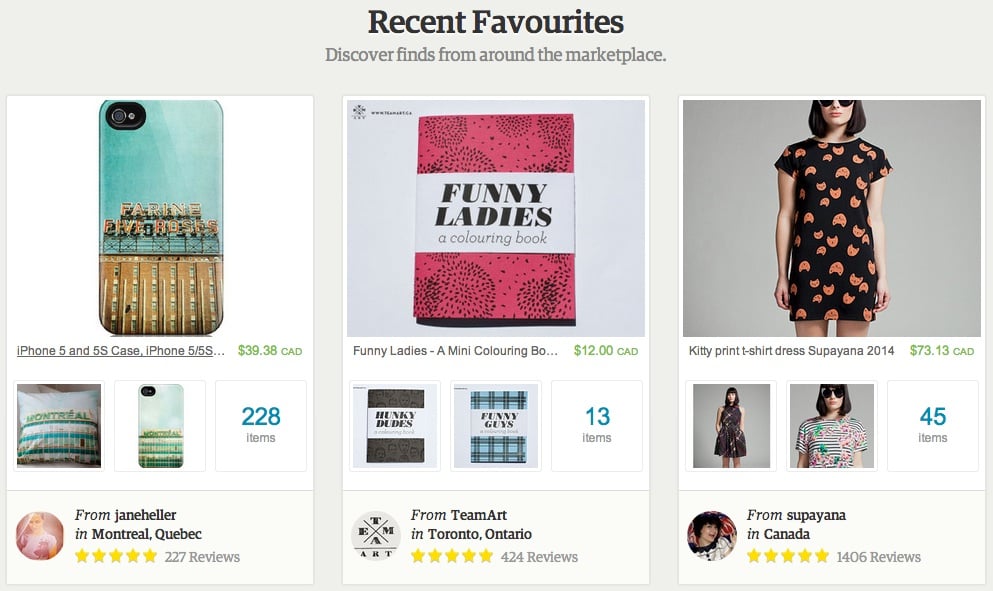 Q: What do you see as potential obstacles to future growth?

A: More and more brands and companies are trying to market themselves as having a human connection or stories behind the products. I think buyers who are buying from Etsy are going to increasingly have to spend more time deciding what’s real and what’s not real. In the United States, for example, Budweiser has a campaign to ‘know your brewer,’ and you can scan a code on the bottle to find out about the person who made your beer; McDonald’s had a campaign called ‘Meet the Farmers,’ positioning themselves as being close to the small farmers. It’s not so much a downside for us, but authenticity–there are more and more challenges evaluating what authenticity really means.

In many ways I think that will strengthen the position of Etsy. When you see photos of people making things and selling things, that’s actually real people, it’s not stock photography. Ultimately, it’ll strengthen the brand, but it’s hard to predict what the larger companies’ marketing campaigns, what effect they’ll have.

Q: There are a lot of whispers that Etsy is close to an IPO. Is there a strategy for that?

A: Not this year. We’re really focussed on running and growing the company, and we’ve decided no IPO this year, and we may decide at a later date. We’re a profitable company, a rapid-growth company so it’s something we can do, but we’re not planning it this year. If we were to go public we wouldn’t want to rush it just to hit a particular market window. When we think about those things, we want to do it at the right time for the company, because we’re going to be here for a long time–50 years, 100 years. Rushing an important event like that is not something that we want to do.