A post-gold rush in Idaho and Montana 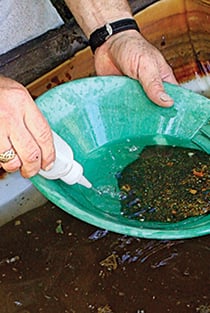 Miners and prospectors in the Old West may have tossed aside a future gold rush in their quest to strike it rich in the American frontier.

The U.S. Geological Survey believes tailings piles from abandoned 120-year-old mines in Idaho, Montana, Colorado and Alaska may contain enough rare earth metals, used in a range of high-tech products such as smartphones, MRI machines and electric cars, to be recovered and processed.

The discovery is potentially important, since most rare earths, the name given to the 17 different elements that include lanthanum and gadolinium, are now produced in China, raising concerns about a single country exercising control over the world’s supply.

Critics, however, question whether the long-forgotten piles of rock could really solve the problem, because of the tremendous costs associated with processing rare earths into a usable form. Even so, the world’s increasing dependence on technology would seem to dictate that no stone be left unturned.