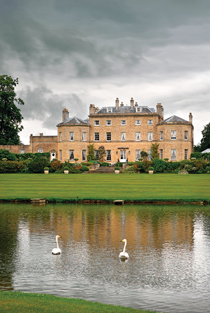 It didn’t take long for the British media to dub the move “sweet revenge.” Felicity Loudon announced this week that she had sold her $48-millon mansion in the Cotswolds in order to fund a new chocolate bar venture. The interior decorator and one-time heiress to the Cadbury chocolate empire vowed to use the proceeds to launch a new British chocolate company after shareholders approved an $18.5-billion bid by U.S. food giant Kraft to buy Cadbury in 2010. Although started by her great-great-grandfather, John Cadbury, the chocolate company hasn’t been family owned for 50 years and Loudon, 62, was a minor shareholder. But not one to sugar-coat her words, Loudon called the sale of Cadbury to an American “plastic cheese company” a betrayal of the family honour. She has unveiled few details about her new chocolate venture except that it will be low-cost, “quirky” and above all, British.