After years of warnings about the dangers of syndicated mortgages to mom-and-pop investors, the Financial Services Commission of Ontario has finally taken action 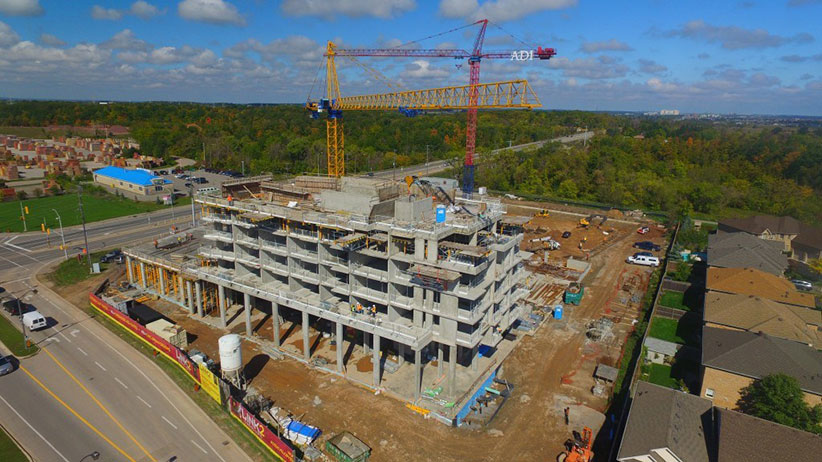 Marijuana stocks and cryptocurrencies might have been the hottest speculative bets in recent months, but before that, another investment enchanted Ontario residents: syndicated mortgages. These products allow regular mom-and-pop investors to put cash into mortgages used to finance real estate developments, such as residential condo buildings. Salespeople marketed these products as fully secured, risk-free, and high-return.

Many investors have since learned those claims are not true. The promised returns have not materialized, and some of the projects attached to these loans have fallen through or have been beset by delays. Multiple lawsuits are before the courts. The provincial regulator has started issuing penalties, too. But these actions come far too late.

WATCH: 5 signs that Canada is in the grips of real estate mania

Fortress itself was not subject to any of the orders. “Fortress does not believe that the settlement and orders will harm its business and looks forward to continuing success in its real estate development and consulting business,” according to spokesperson Natasha Alibhai. “Vince [Petrozza] intends to focus on real estate development and does not need a mortgage broker license.”

In January, FSCO revoked the licenses of five other companies and individuals marketing syndicated mortgages. The Ontario Provincial Police is also investigating a condominium project tied to these loans.

While it may be encouraging that FSCO, which oversees everything from mortgage brokers to pension plans to credit unions, is taking action, problems with syndicated mortgages have been festering for years as lending in the sector ballooned from $3-billion to $6-billion annually between 2012 and 2015. During that time, the products were increasingly marketed to less sophisticated investors.]

READ: Just how safe is the ‘safe’ world of syndicated mortgages?

A recent Reuters investigation revealed that compliance officers at FSCO recommended numerous times between 2011 an 2015 that the agency investigate or rein in the marketing and sales of syndicated mortgages linked to Fortress developments, only to be overruled or ignored by superiors. FSCO did not undertake a significant syndicated mortgage enforcement action until October 2016, when it suspended five broker licenses and issued a cease and desist order.

In 2014, the International Monetary Fund noted issues with FSCO, saying the agency was “constrained by resources” and took a “reactive approach” to regulation. That same year, the province’s auditor general reported that FSCO incurred significant delays investigating several serious complaints, which concluded with weak enforcement actions. Fraud and forgery allegations took years to pursue, while the licenses of those under investigation remained active. Information sharing between other regulatory authorities was lax. Even when FSCO was notified of disciplinary actions against an agent, it rarely opened its own review.

In 2016, an expert panel assembled by the province identified a “regulatory gap” with regard to syndicated mortgages. Ontario does not treat these products as securities, such as stocks, which are regulated by the Ontario Securities Commission and are subject to strict criteria in terms of sales and marketing. Instead, syndicated mortgages have been marketed by brokers, which fall under FSCO’s purview. As a result, salespeople can make claims about performance and returns that stock brokers can’t get away with. The expert panel recommended the province transfer responsibility for syndicated mortgages away from FSCO, and in last year’s provincial budget, the Ontario government announced plans to do just that.

A spokesperson from the Ministry of Finance says that depending on the timing, oversight could be given to either the OSC or a proposed new body, the Capital Markets Regulatory Authority. The department did not answer a question about when the transfer, first announced nine months ago, will be completed. Many details need to be hammered out. The province said it will impose limits on how much individuals can invest in syndicated mortgages, along with rules requiring salespeople to document their clients’ suitability for these products and to disclose more information about the risks.

Another question remains, too: what took so long? One reason might be that the complexity of syndicated mortgage investments was beyond the scope of FSCO, an issue the 2016 expert report referenced. FSCO also takes action in cases where there has been quantifiable damages to an individual, says Bruce Joseph, principal broker with Anthem Mortgage in Barrie, Ont. More than a decade ago, Joseph brought well documented allegations of so-called soft fraud to FSCO, in which three homebuyers with no stated income managed to secure mortgages backed by the CMHC. “I put this on a silver platter,” Joseph says. “I was told, ‘We can only charge or investigate damages.’” In this case, even if a mortgage broker acted unscrupulously in helping clients obtain a mortgage, no consumer had been hurt directly. The same principle, however misguided, may have been at play with syndicated mortgages. Until investors came forward with documented losses, FSCO may have been reluctant to pursue the issue.

In any event, FSCO, which did not respond to a request for comment, would need a rock solid case before cracking down or issuing fines. Fortress, for one, aggressively defends its reputation, having sued a critic in the past. The company has also engaged Jenni Byrne, a former top political advisor to Stephen Harper and now vice-president of strategic communications at Bayfield Strategy, on its behalf. Byrne launched a complaint with the CBC’s ombudsman over the network’s coverage of Fortress, arguing the reporting was biased and sensationalistic and that there was no follow-up on positive legal and business developments.

In November, the ombudsman agreed the network should have followed up with a story when claims against Fortress in four proposed class action lawsuits were struck, but concluded there was no violation of CBC policy. Fortress trumpeted the court’s decision in a press release, calling the suits “baseless.” But the lawyer pursuing the lawsuits, Mitchell Wine, says the judge made no determination of the substance of the allegations and granted leave to file a new claim against Fortress.

Whether in the courts or before regulators, the fallout from syndicated mortgages is not yet over.