Gustavo Canga, 26, describes what it was like when his Milan-bound flight hit severe turbulence 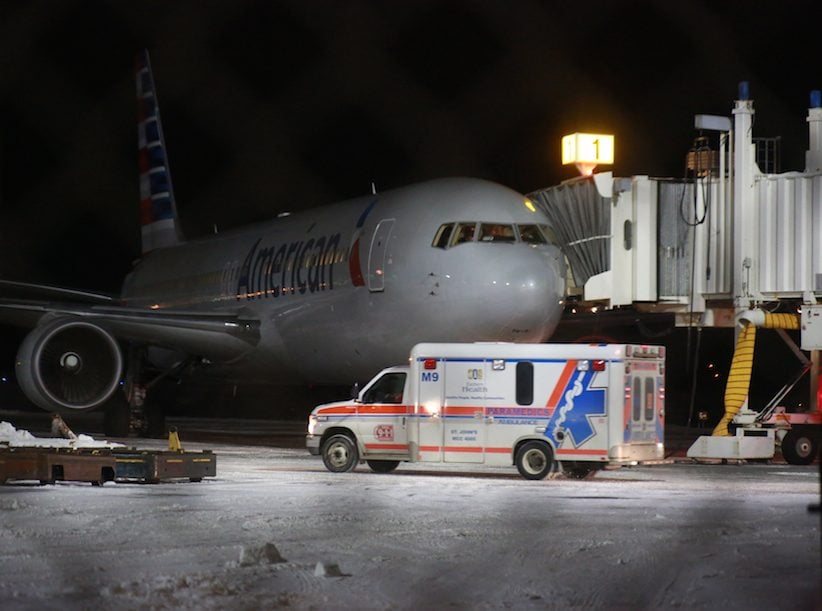 ST. JOHN’S, N.L. — Seven people were taken to hospital after an American Airlines passenger jet was diverted to St. John’s, N.L., due to severe turbulence. American flight 206 left Miami bound for Milan, but was re-routed to St. John’s International Airport late Sunday. Passenger Gustavo Canga, 26, was on his way to his job in aviation services at a military base in Abu Dhabi after spending time in the United States, where he has an infant son. Here is his account of the incident, as told to reporter Michael Tutton of The Canadian Press:

When I saw this plane my first impression was that it could be a rough flight. I know the smaller planes, when they hit turbulence you feel it harder than the Airbus.

But I just wanted to get back to Abu Dhabi and work. I’m very familiar with aviation and I fly all the time.

I was sitting about three quarters of the way towards the back. We started turbulence anywhere from two to three hours after we left Miami.

About 30 minutes before the turbulence, the flight attendance started to serve food. They had to cut it short and had to get people’s trash. The seatbelt signs came on.

We had turbulence, and it was progressively getting (worse). Then there was a drop, or a dip, and that was when the flight attendants that had no seatbelts got hurt.

Some people passed out. There was a lady who had a cut on her face.

It’s hard to track time when you’re that nervous and you’re scared and you might think it was longer than what it was. I had to say (all of) the turbulence had to be 10 to 20 minutes; I’m not exactly sure.

The turbulence that caused the injuries had to be in the seconds. It was really fast. Yet it felt very long because you are in a panic mode.

It was definitely a life-changing experience. You realize when something like this happens that things can end very quick and really nothing matters.

I was praying. You realize, this can be it right here. I tried to remain calm. But you can’t help but think, “This is it.” It was just praying to God.

I didn’t see (the attendants) being injured. But I did hear the one flight attendant who spoke on the speaker. You could hear the panic in her voice. She was very frightened.

She told people to remain in their seat. Don’t get up for any reason. Put your seatbelt on.

There were so many things going on. There were people talking, people screaming, and one of the flight attendants called for medical personnel to come to the back.

The woman sitting in the row next to me was a pediatrician from Venezuela.

When she returned to her seat she was calm. From what the doctor told me, one of the flight attendants had a deep cut in their leg and they applied a tourniquet on the leg.

The doctor told me the First Aid kit in the plane had very basic stuff. It didn’t have anything to treat severe injuries.

After the turbulence ended, the captain announced we were going to make a stop in St. John’s.

As the airplane landed, the first thing I thought was it hadn’t snowed too badly. I kind of thought you guys would be buried here. This town looks a bit like northern New Jersey.

I work in aviation and I would say that the plane should now be thoroughly inspected, especially before going across the Atlantic.

I just don’t want to get in the plane anymore, to be honest. I have a small child, Mikel, who turns six months this month.

I didn’t get hurt, but it was definitely a traumatic experience. I slept all right, but I tossed and turned. I woke up in the morning just thinking about it.