Bank of Canada says overcoming economic suffering inflicted by the commodity-price shock boils down to one option: ride it out. 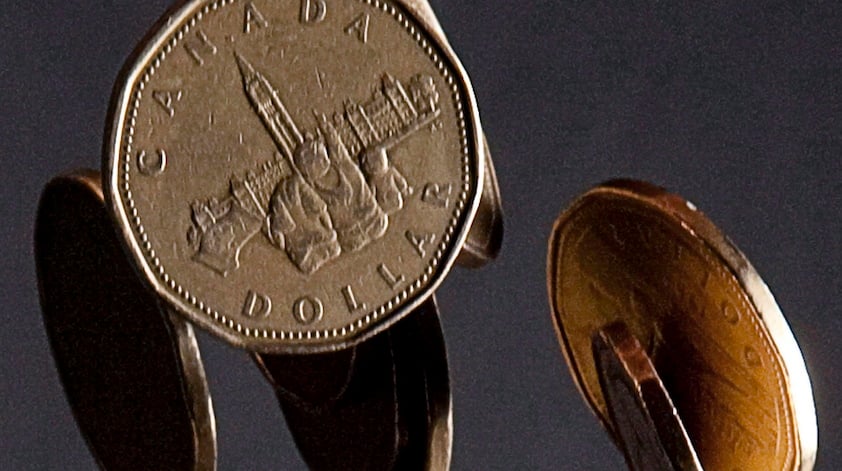 OTTAWA — The Bank of Canada says overcoming the economic suffering inflicted by the commodity-price shock essentially boils down to one main option: ride it out.

Stephen Poloz, the central bank governor, said Thursday that no simple policy response will fix the problem, although damaging factors like the steep slide in oil prices can be mitigated — to a point.

“The forces that have been set in motion simply must work themselves out,” Poloz said in a speech at Ottawa City Hall.

“The economy’s adjustment process can be difficult and painful for individuals, and there are policies that can help buffer those effects, but the adjustments must still eventually happen.”

Poloz pointed to Canada’s flexible exchange rate, which closely follows the ups and downs of crude prices, as one of those “minor shock absorbers” that help soften the blow for some parts of the economy.

With oil prices expected to remain low for some time, Poloz suggested the weak loonie will persist as the crude-exporting country adjusts to the new reality.

“It’s not a coincidence that the Canadian dollar today is about where it was back in 2003, 2004. Oil prices are also about where they were back then,” said Poloz.

Oil prices ducked under US$34 a barrel this week and are at their lowest level since 2008. Poloz noted that crude was around US$25 per barrel in 2002.

Almost like it was 2002 all over again, Poloz said the complex economic changes have led to higher consumer spending, falling employment and lower investment in the resources sector.

Since mid-2014 — when oil prices started to free-fall — Poloz said the country has lost more than $50 billion in national income, or about $1,500 per Canadian, as measured by the terms of trade.

However, the country’s economic data has detected signs of recovery, he said. They include slowly emerging offsets of rising employment and investment in non-resources sectors.

Following his speech, Poloz told a news conference that adapting to such a shock takes time — usually three to five years.

Poloz has taken steps to dull the sting of the oil slump. Under his leadership, the central bank lowered its trend-setting interest rate twice in the last 12 months to help limit the impact.

On Jan. 20, the Bank of Canada will make another rate announcement, though most experts expect Poloz to stand pat for the time being. The bank will also release a fresh basket of economic forecasts that day in its quarterly monetary policy report.

Poloz reiterated Thursday that the Bank of Canada also has a number of unconventional tools at its disposal to limit any significant threats to the financial system or the inflation rate. The options include lowering the bank’s trend-setting interest rate into negative territory.

The new federal government has also promised to inject some life into the economy by pumping billions into infrastructure spending over the coming years.

Poloz was also asked Thursday about the potential economic benefits of such investments.

Speaking in French, he called public infrastructure spending an “important ingredient” for economic growth, but said it’s still too early to know how quickly the federal cash could produce benefits for the economy.

For the record: What Stephen Poloz said today about the economy (transcript)