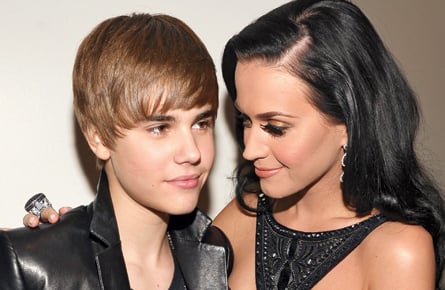 In a popular infomercial for Proactiv Solution acne treatment, teen idol Justin Bieber jams on his guitar, shoots hoops on a basketball court, and poses with fans, sporting a million-dollar smile throughout. Fame and fortune aside, “there are some things that just come with being a teenager,” says the 16-year-old. “There’s no way I’m going to let a bunch of zits get in my way.” In classic infomercial style, a 1-800 number and Web address flash across the screen, urging consumers to “order Proactiv now.” A behind-the-scenes video of Bieber’s Proactiv shoot has been viewed on YouTube over a million times.

Celebrities typically shy away from revealing flaws like acne-pocked skin, and appearing in an infomercial was once the final nail in the coffin of a career. But since it was launched more than 15 years ago, Proactiv—sold by Guthy-Renker, a direct marketing company based in Santa Monica, Calif.—has become one of the most coveted celebrity endorsements around. Stars like Bieber, Katy Perry, Avril Lavigne, and Sean “Diddy” Combs have all pitched for it. Unlike the glossier ads of its competitors, Proactiv infomercials show stars talking openly about their struggles with acne, and even reveal photos of them in the midst of a breakout. (Perry, whose song California Gurls was the top-selling download of 2010, refers to zits as “critters on [her] face.”)

For the right to expose these blemishes, Proactiv spends up to $15 million a year on celebrity endorsements, and reportedly paid Bieber a whopping $3 million for a two-year deal. This marketing strategy, which involves spending less on traditional branding efforts and more on famous faces, has been praised by industry observers. And it’s made Proactiv a bestseller, raking in an estimated $800 million in revenue last year for Guthy-Renker, allowing the direct marketing company—whose other products include the Dean Martin Celebrity Roast DVDs and the Malibu Pilates exercise system—to compete with beauty powerhouses like Neutrogena and Johnson & Johnson for an ever-growing piece of the market. Now, the company is set to benefit from another major shift in the industry. Thanks to the success of sites like Amazon and eBay, “the whole world’s moving to direct marketing,” says Ned Russell of Saatchi & Saatchi Wellness, an advertising company that specializes in health and beauty products.

Companies have been pitching directly to consumers on television and radio “since at least the 1950s,” says A.J. Khubani, the so-called “Infomercial King” and founder of TeleBrands Corp., which created the famous “As seen on TV” logo. But it wasn’t until the mid-1980s, when president Ronald Reagan deregulated the television industry and paved the way for half-hour commercials, that the modern infomercial was born. (Guthy-Renker was founded in 1988.) To keep a customer’s attention, infomercials “have got to be entertaining, and a bit campy,” says Khubani, whose company markets products like the Ped Egg (a foot file that has sold over 35 million units), One-Second Needle (with a built-in threader), and BarkOff (which trains dogs to stop incessant barking).

While the infomercial format might seem unglamorous, it’s worked for Proactiv. The commercials’ stripped-down look, “in all their quasi-pharma, direct-to-mail clunkiness,” has helped build the brand’s authority, says Russell. Confessional celebrity interviews help customers believe its claims. In fact, Proactiv “is bigger than anything you’d see in a department store because of direct marketing,” says Karen Grant, a global beauty industry analyst with the NPD Group. The company “knows exactly who their consumers are,” and can target them accordingly. And customer loyalty to a brand is critical, she notes, especially in bad economic times.

As a result, Proactiv has been successful where other competitors haven’t—convincing people they need its full three-step program if they really want clear skin. “The conventional wisdom is, consumers pick and choose their own regimen,” buying a Neutrogena face wash and Clinique moisturizer, for example, he says, but that rarely happens with Proactiv’s customer base.

But stars aren’t always a surefire way to win over consumers, and sometimes, expensive endorsement deals are a waste of money. In 2010, fewer than 12 per cent of ads with celebrities saw more than a 10 per cent lift, a new study from Ace Metrix found, noting that consumers are more likely to be influenced by someone in their own social network. Even so, celebrities can be effective in the right context, it says, and talking about pimples might be one of those times. “There’s nothing as personal as dealing with acne,” Russell says. Proactiv spokespeople come across as highly credible when they discuss struggles with breakouts in honest-seeming testimonials—more like a friend than an idol—and the ads are sprinkled with interviews with “real people” who use it for good measure.

All this success didn’t happen overnight. In 1995, when Guthy-Renker first featured the acne treatment, Judith Light, most famous for her role as Angela, the mom on Who’s the Boss?, was the pitch person. The spot made waves. Back then, acne “was a taboo subject,” says David Reeder, vice-president of GreenLight, a Los Angeles-based entertainment consultancy, and here was a famous actress discussing it on TV. For consumers feeling anxious about zits, learning about a potential cure from a trustworthy TV mom helped make the company credible.

As stars realized that fans weren’t turned off by these ads—quite the opposite, in fact—more signed on as spokespeople. “Nobody was suddenly saying, ‘Diddy’s got bad skin, so I won’t buy his music.’ Instead, they were saying, ‘ He’s more like me than I thought. I like him more,’ ” notes Reeder.

The money can’t have hurt, either. Guthy-Renker’s Proactiv spots aren’t the only ones to feature celebrities (the company also sells the Meaningful Beauty skin care system, for example, whose face is Cindy Crawford), but “what’s unusual is the number of celebrity endorsements they have,” says Matt Thomson, a marketing professor at the University of Western Ontario’s Richard Ivey School of Business, and spending $15 million per year on endorsements alone is nothing to sneeze at. “Proactiv transformed what was perceived as a negative endorsement into the must-have of endorsements,” Reeder adds.

In 2005, Proactiv ran a 10th-anniversary special starring Diddy, Alicia Keys and Vanessa Williams. And it signed Jessica Simpson, fresh off her hit reality show Newlyweds. Over time, its ads have become slicker, touting the brand’s quality, with messages encouraging consumers to order now—a classic direct-response tactic—fading into the background. Print ads have appeared in higher-end magazines like Elle and InStyle, and shorter TV ads have been aired during big network shows like Glee and The View. Guthy-Renker now has distribution in 61 countries, and Proactiv is a bestseller worldwide.

Today, the brand’s roster of celebrities—mostly young, mostly musicians—are big where it counts most: online. “They’re trying to appeal to teens, who spend most of their time on the Web,” says Reeder. If there’s one celebrity who personifies the digital age, it’s Bieber. The kid from Stratford, Ont., was discovered on YouTube and is now a master of direct marketing in his own right, with more than six million Twitter followers.

The shift online reflects a change in direct marketing as a whole. Guthy-Renker and other direct marketers are increasingly using social media, mobile phones and the Web to push product: roughly 60 per cent of Proactiv sales reportedly come from online orders. But Proactiv’s biggest prize might be Bieber—and his millions of pimple-faced followers. That’s a connection any advertiser could envy.