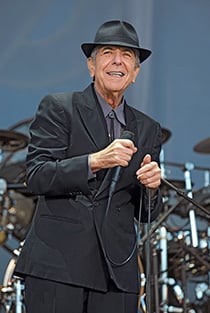 Maclean’s, in a short review back in 2006, called Leonard Cohen’s Book of Longing, a collection of poetry and drawings, “open-heart poetry” and a “candid memoir of love, sadness, rage and wry resignation.” Ellen Pao, a junior partner with Kleiner Perkins Caufield & Byers, the Silicon Valley venture firm whose milestone investments include early bets on Amazon and Google, calls Cohen’s book something else: grist in a much-watched sexual discrimination suit she has filed against Kleiner that describes the firm as a hotbed of locker-room-style cronyism and inappropriate flirtations. This, in the environs of Silicon Valley, is juicy, juicy news.

Pao, who is 42 and began work with Kleiner in 2005, says in the suit that one senior partner, Randy Komisar, gave her a copy of Book of Longing and invited her to a Saturday dinner, letting her know his wife would be away. The gift, due to the graphic nature of its illustrations and the explicit nature of the poems, amounted to a sexual advance, says the suit.

And really, it’s hard to argue with her. Published when he was 71 and written in large part while he was on retreat at a Zen monastery in southern California, Book of Longing contains vivid depictions of oral sex and erotic couplings with the cosmos. Oh, and lots of love poems. I think of you all the time / But I can’t speak about you any more / I must love you secretly, reads one of the more chaste passages. Reads another: You came to me this morning / And you handled me like meat / You’d have to be a man to know / How good that feels how sweet.

Kleiner says Komisar’s wife selected the gift for Pao, and that it was in response to Pao’s presentation to Komisar, a Buddhist, of a religious statuette. Nevertheless, Pao’s suit suggests the firm is a difficult place for women: she claims she was pressured into a brief sexual liaison with a senior partner, Ajit Nazre, and that Kleiner retaliated against her when she complained. Kleiner says it treated her according to her merits. Incredibly, Pao still works at Kleiner. But, hey, a lawsuit is no way to say goodbye.