Rosé is here to stay, and other international wine trends 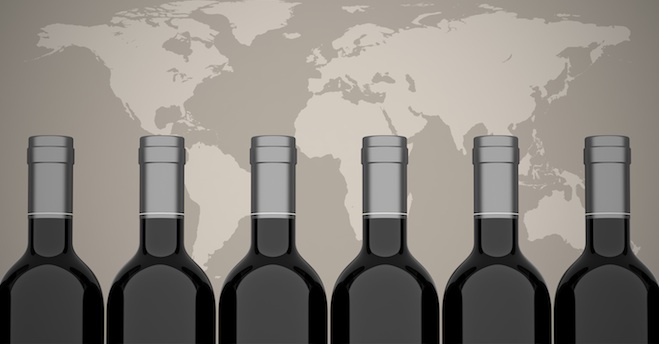 You can’t find a bottle of wine for under $5 in most Canadian liquor stores, despite the fact that low-cost vino makes up 70 per cent of wine consumption globally. The irony was not lost on the crowd at the Jan. 22 Vinexpo news conference that detailed the results of a global study on current wine and spirit trends. They even giggled after seeing a chart breaking down world wine consumption by price in 2007 to 2011 with a forecast to 2016. In 2011, almost 70 per cent of wine sales were for bottles under $5 USD. Twenty-one per cent were for bottles priced between $5 and $10, and the remaining nine percent were for wines costing more than $10. The next chart broke down Canada’s consumption in the same way, only there wasn’t even an under $5 category (see the first two slides below).

But Vinexpo chairman Xavier de Eizaguirre–and Baron Philippe de Rothschild’s managing director–looked on the bright side of Canadians having practically no access to wines $5 and under. They tend to be of poorer quality, he said. Think of it as training our palates to not accept cheap plonk.

This is the 11th year that Vinexpo–the world’s largest global world wine and spirits exhibition held every two years in Bordeaux–has commissioned the detailed study from the British firm IWSR.

De Eizaguirre was most startled by the wine statistics out of China, who has become the 5th largest consumer of wine worldwide after a shocking 144 per cent increase in consumption between 2007 and 2011. “It’s astonishing,” he said, “considering 10 years ago, there was nothing. They sometimes didn’t even know what varietals they were planting. [China] will continue to be a key player.”

Russia also emerged in the top 10 wine-consuming countries. “You must remember,” said de Eizaguirre, “that before the Revolution, Russia was the biggest consumer of Champagne in the world.”

France and Italy still made the top two spots respectively in the 10 biggest wine exporters worldwide list. But Italy saw a 53 per cent increase between 2007 and 2011, while France saw a growth of just five per cent. Italy has been smarter, said De Eizaguirre, when it comes to exporting their product. He likened it–even attributed it–to the overwhelming success they’ve had in exporting their cuisine worldwide: when you eat an Italian restaurant,  you drink Italian wine.

Other notable trends: Rest assured, rosé consumption is growing on a worldwide basis, likely on account of its improved quality over the years and the fact that it’s no longer viewed as just a seasonal sipper, said De Eizaguirre. The world also loves vodka more than any other spirit. And it’s projected that Canada’s growth rate with regard to wine consumption will continue to rise between 2012 and 2016 at a rate of 14.3 per cent–three times greater than the global average.

Have a look at the charts below for details on what the world–and Canada–is drinking in terms of both wine and spirits, a $183-billion dollar business that’s as big as cosmetics. 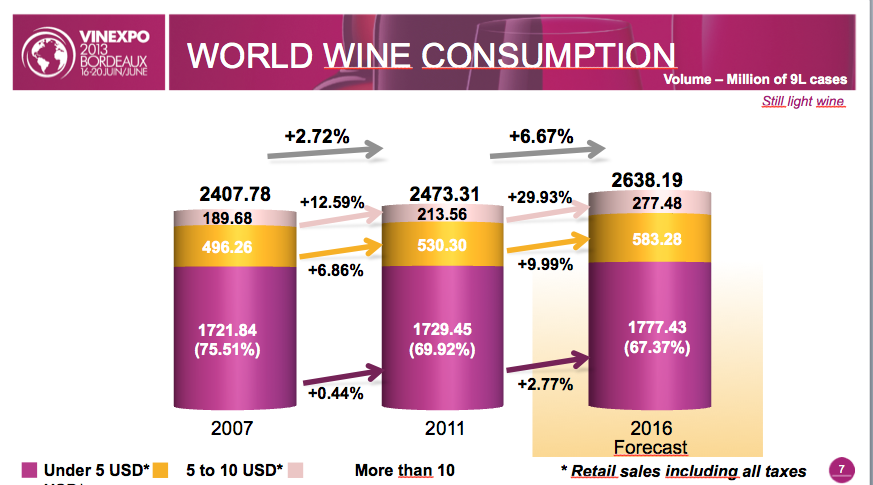