Shaw to sell Global TV network, specialty channels to Corus for $2.65B 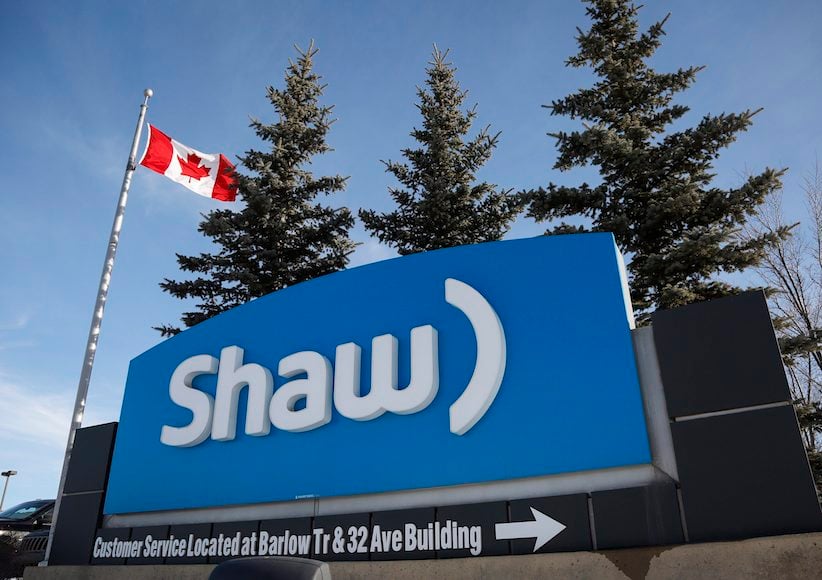 A Shaw Communications sign at the company’s headquarters in Calgary. (Jeff McIntosh, The Canadian Press)

CALGARY —Shaw Communications is selling its media division to Corus Entertainment for $2.65 billion — a deal that will help fund the telecom company’s purchase of Wind Mobile.

Shaw Media includes the Global Television network and 19 specialty channels including HGTV Canada, Food Network Canada and Showcase — formerly part of the Canwest business group before it was split up.

Corus already owns a number of other specialty TV channels as well as a network of radio stations and the Nelvana animation studio.

Both companies are controlled by the Shaw family through its voting shares. Shaw Communications will become a large shareholder in Corus as a result of the deal, which involves both cash and shares.

“Through this transaction we are able to crystalize an attractive value for Shaw Media and realize substantial value creation for Shaw shareholders since acquiring CanWest in 2010,” said Shaw director Paul Pew, chair of a special board committee.

Shaw Communications chief executive Brad Shaw added that “we are grateful to our colleagues at Shaw Media for their contributions to Shaw’s success over the past five years . . .”

It’s the second major deal for Shaw Communications (TSX:SJR.B) in recent weeks. The Calgary-based cable, Internet and satellite TV company announced on Dec. 16 that it’s buying Wind Mobile in a deal worth $1.6 billion.

The sale of Shaw Media to Toronto-based Corus will move about $1.85 billion in cash to Shaw Communications, which will also receive about 71 million Corus non-voting class B shares (TSX:CJR.B).

After the deal closes, Shaw Communications will own about 39 per cent of the equity in Corus, including both class A and B shares, but focus its own business on communications infrastructure rather than media content.

“With the previously announced acquisition of Wind and sale of Shaw Media, Shaw will be focused on delivering consumer and small business broadband communications supported by its best-in-class wireline, WiFi and wireless infrastructure,” Brad Shaw said in a joint statement.

The Shaw Media deal is subject to approval by Corus shareholders, including those with non-voting shares not hold by interested parties. It is expected to close by the end of Shaw’s third quarter ending May 31. The Wind deal is also expected to be closed by about the same time.

Note to readers: This is a corrected story, An earlier version said $1.85 million in cash would go to Shaw rather than $1.85 billion.