Should we be impressed by Mark Zuckerberg's big donation?

Facebook's Zuckerberg 'likes' philanthropy—a lot. But the devil, as always, will be in the details of the projects he and his wife choose to support. 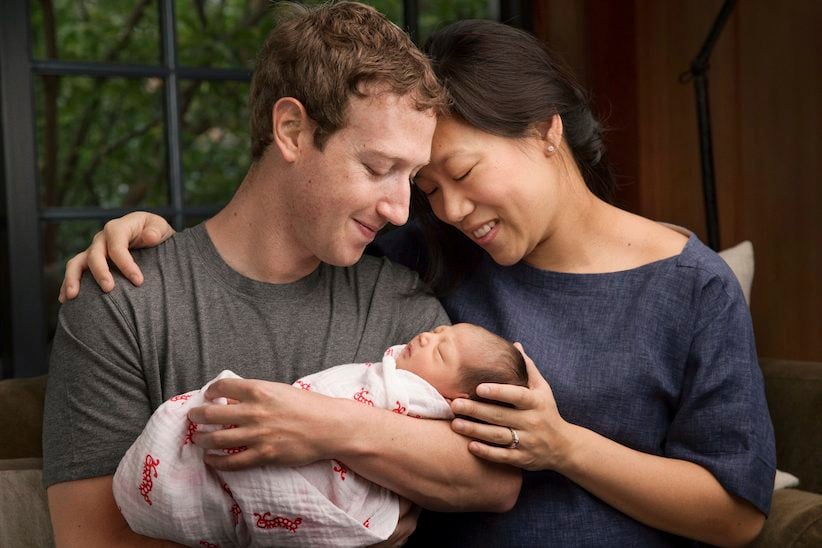 The huge US$45-billion charitable pledge made by Facebook founder Mark Zuckerberg and his wife, Priscilla Chan, was revealed in such a sappy format—an “open letter” to their newborn daughter Max—one couldn’t help but to conclude they meant every single word they penned. What dewy-eyed new parent doesn’t wish their child could “grow up in a world better than ours today?”

But as some were quick to point out, Zuckerberg and Chan’s massive donation—equivalent to about a third of the world’s annual foreign aid—for a range of yet-to-be determined programs in the realm of education, health and community-building, comes with several strings attached, both explicit and implicit. Moreover, just because Silicon Valley’s tech tycoons pride themselves on being big-time problem solvers—albeit often by providing solutions to problems that don’t actually exist, like a lack of Twitter—that doesn’t automatically mean they’re always best-suited to saving the world.

In their open letter, Zuckerberg and Chan pledged “during our lives” to gradually hand over 99 per cent of their Facebook stock, worth about US$45 billion at current prices, to a specially created limited liability partnership, the Chan Zuckerberg Initiative, which, in turn, could make investments in companies or donate to charities that “advance human potential and promote equality in areas such as health, education scientific research and energy.”

The pledge is part of a growing movement by billionaires to use their vast sums of wealth to try and fix problems governments have so far been unwilling or unable to tackle. The approach was popularized by the creation of the Bill and Melinda Gates Foundation back in 2000 and its promise to take on global issues like health care and poverty. Since then, the Microsoft co-founder and investment guru Warren Buffett have encouraged other billionaires to sign a “Giving Pledge” to give a majority of their wealth to philanthropy. So far 137 (mostly American) individuals have signed on, including Zuckerberg back in 2010. By contrast, only a couple of Canada’s roughly 90 billionaires are on the list.

Yet, what’s most striking about Zuckerberg’s and Chan’s pledge, in addition to the fact it was made by a couple of 30-year-olds, is the decision to funnel the Facebook stock through a limited liability partnership, with the Financial Times noting “the way he has crafted the promise may ultimately be as significant as the amount.” That’s because it presumably allows Zuckerberg and Chan to pursue their goals through a much wider scope of activities beyond traditional giving, including for-profit investments and even political activism. From the initiative’s Facebook page: “We must participate in policy and advocacy to shape debates. Many institutions are unwilling to do this, but progress must be supported by movements to be sustainable.”

The question, of course, is whether Zuckerberg’s and Chan’s vision of a better future will be shared by those whose lives they seek to improve. Peter Kramer, a German shipping magnate, told Der Spiegel back in 2010 the model is—in addition to a way for American businessmen to avoid paying taxes—a naked effort to supplant the role of democratically elected governments when it comes to addressing difficult social problems. “Superwealthy people want to decide what their money will be used for,” Kramer was quoted as saying. “That runs counter to the democratically legitimate state. In the end the billionaires are indulging in hobbies that might be in the common good, but are very personal.”

While that’s always been true of private foundations, most have historically tended to focus smaller amounts of money on niche issues—like a particular type of cancer research. By contrast, Zuckerberg and Chan, like Bill and Melinda Gates, are proposing to help find solutions to more sweeping problems that are likely already on the radar of government agencies. That, in turn, raises questions about the degree to which billionaire benefactors will end up exerting undue influence on public policy.

In Zuckerberg’s case, it’s clear technology will figure prominently in his philanthropist’s toolbox. “Many of the greatest opportunities for your generation will come from giving everyone access to the Internet,” he and his wife wrote in the open letter to their child. While that’s understandable coming from a guy who built the world’s biggest social media site, with 1.5 billion users and counting, not everyone believes the Internet is a benevolent force, given that it’s dominated by a handful of U.S. corporate interests, including Facebook.

It should also be noted Zuckerberg ran into problems several years ago when he donated $100 million to charter schools in Newark, N.J. He revealed the gift with a splashy appearance on the The Oprah Winfrey Show alongside then-Newark mayor Cory Booker and New Jersey Governor Chris Christie. The trio promised a bold new vision that could be scaled up, not unlike a successful tech start-up, to help revolutionize the American education system. Needless to say, the project failed to deliver.

Of course, just because Zuckerberg’s first foray into philanthropy fizzled doesn’t mean future ones will. And it’s difficult to find fault with a couple who are literally putting their money—tens of billions of it—where their mouths are. They could just as easily spend their riches on yachts and fast cars. The devil, as always, will be in the details, says Susan Phillips, a professor at Carleton University’s school of public policy and administration. How will the money be distributed? To whom? For what projects? “It is giving while living, not bequests,” she says of the philanthropy model Zuckerberg and Chan are pursuing. “In that sense it’s positive—and greatly preferable to a Swiss bank account.”