Sizzle returns to the auto show

With the U.S. economy on the mend, automakers get back to what they do best at car shows: delight and entertain 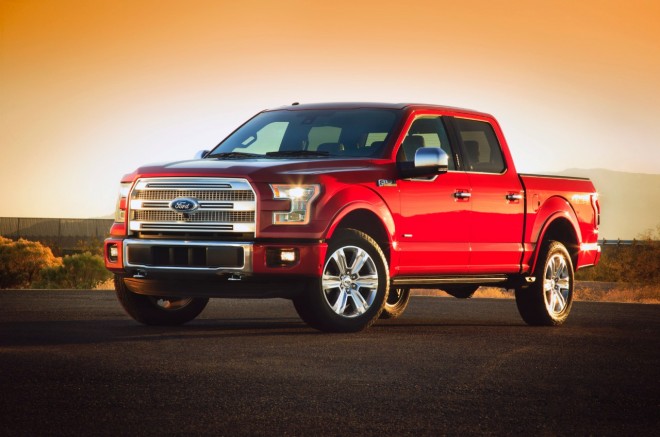 Ford debuts its new F-150, with a lighter, aluminum body

The automotive industry will be looking to throw a glitzy celebration on the banks of the Detroit River this week.

After recording its best year of U.S. sales since 2007 (and its best year ever in Canada), carmakers are expected to bring dazzle back to this year’s North American International Auto Show, which kicks off today in downtown Detroit.

The annual event is used by car companies to unveil their most important new models and whip up excitement among consumers. But it had become a dour affair in recent years as the auto industry struggled to cope with the financial crisis and the recession that followed. Both General Motors and Chrysler (now merged with Fiat) were forced to restructure under bankruptcy protection—a fate Ford only narrowly avoided. Adding to the difficult times, Japanese giant Toyota was hit with a massive series of recalls in 2010, shaking consumers’ faith in the brand. The following year both Toyota and Honda suffered more setbacks in the wake of the deadly Japanese tsunami.

That translated into car shows that were noticeably light on over-the-top stunts—Chrysler, in particular, was known for generating headlines by driving vehicles through windows or dropping them from ceilings—and was instead focused almost entirely on the small, sensible vehicles that governments believed North Americans should drive. Displays that were once all about giant trucks, burly muscle cars and sleek sports concepts gave way to plug-in hybrids and fuel-sipping subcompacts. Executives put on a brave face.

These days, though, things finally appear to be returning to normal for the car business. U.S. car sales came in at 15.6 million last year, up eight per cent— the strongest showing since 2007. In Canada, sales hit 1.7 million last year, beating an earlier record set back in 2002, according to figures provided by DesRosiers Automotive Consultants.

With the U.S. economy on the mend and gas prices stabilized, automakers finally seem to be getting back to what they do best at car shows: delight and entertain. More than 50 vehicle launches are expected in Detroit. They include: the Chrysler 200 sedan, the high-performance Chevrolet Corvette Stingray Z05 and C7.R racer, a Cadillac ATS sedan, a Honda Fit subcompact and a second-generation Hyundai Genesis luxury sedan. Acura is also expected to turn heads with its TLX while Lexus will have the RC-F coupe. There will be several concept cars on the floor of the Cobo Center—Kia, for one, will be showing off the GT4 Stinger sports concept—as designers look to excite attendees and gauge consumers’ response to their swooping sheet metal and squinty headlights.

But perhaps the most talked about unveiling will come from Ford, which is taking the wraps off an all-new F-150 pickup truck. That alone would be cause for excitement in the industry given that the F-150 has been America’s best-selling vehicle—car or truck—for the past 32 years. The fact that Ford will build it out of lightweight aluminum only raises the stakes that much higher.

As for 2014, most analysts are predicting the good times will keep rolling for carmakers. Buoyed by low interest rates and pent-up demand, sales in the all-important U.S. market are expected to hit about 16.4 million units, which is slightly higher than the average of 16 million the industry recorded between 1998 and 2007.

For now, at least, the industry appears to have open road ahead.