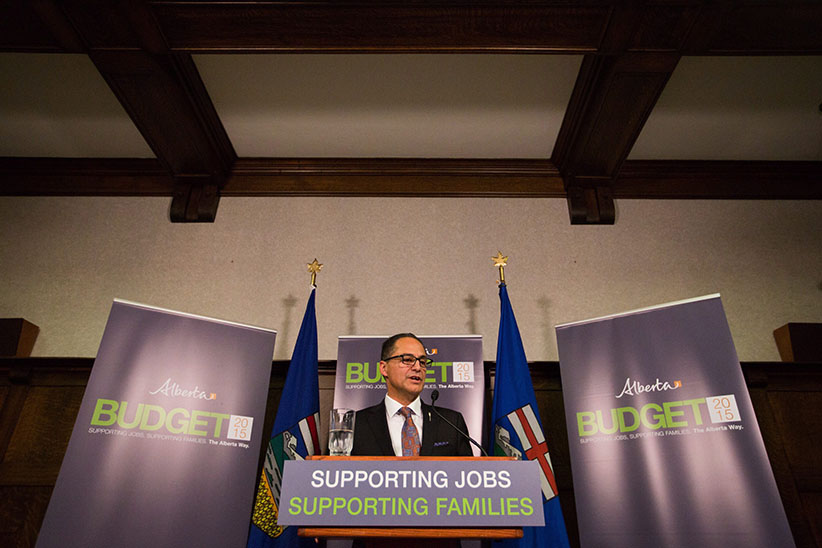 Alberta Finance Minister Joe Ceci speaks during a press conference prior to the official release of the 2015 budget in Edmonton Alta, on Tuesday October 27, 2015. (TOPHER SEGUIN/CP)

CALGARY – Standard and Poor’s has downgraded Alberta’s credit rating on concerns of weak budgetary performances and .

The credit rating agency dropped the province’s rating one notch from AAA to AA+ while still stating it expects the province’s credit liquidity to be exceptional in the next two years.

S&P said the downgrade is based on “Alberta’s projected oil price-driven weak budgetary performances in the next two years; moderate, but rapidly rising, tax-supported debt burden; and now-average economic prospects.”

S&P said the stable outlook of the AA+ credit rating reflects its expectations that the province will continue to have exceptional liquidity in the next two years, the real GDP will grow in 2016 and 2017, and the debt burden will remain modest.

Alberta Finance Minister Joe Ceci has scheduled a conference call on the downgrade this afternoon.