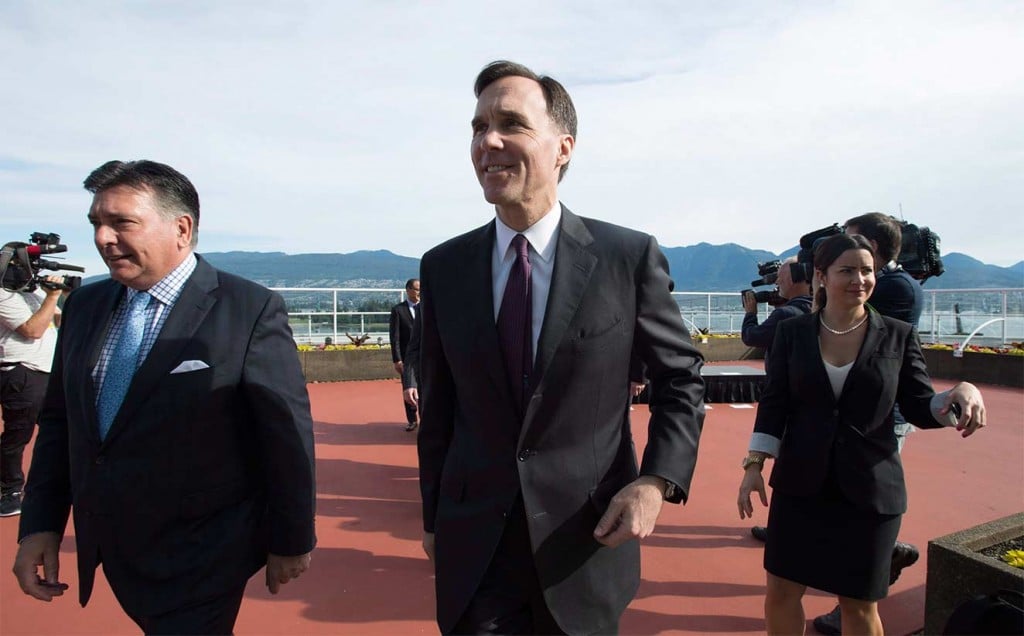 He said the current system means business owners who incorporate their companies pay lower taxes while a second class of citizens ends up with a higher tax bill.

Proposed changes introduced in July would do away with “inappropriate” tax planning methods and deal with unintended consequences benefiting the “privileged few” whose numbers have grown significantly, Morneau said on Tuesday.

“We’ve had a 300-per-cent increase in the incorporation of professionals in the last 15 years,” Morneau told reporters after meeting with small business owners in Vancouver as part of cross-Canada consultations.

Incentives such as “income sprinkling” unfairly allow business owners to reduce taxes by shifting some of their earnings to family members who don’t have to work in the company, he said.

“Now we have a situation where a single woman who has two children, aged 12 and 14, and has the same amount of income as a married woman who has children who are 19 and 20 can find herself in a higher tax rate. So we see no reason why that should be so.”

But entrepreneurs say current incentives allow them to take on the risks of opening their own companies and, unlike salaried and public-sector employees, they don’t have a guaranteed pension or employment insurance protection.

Morneau said so-called passive investment income rules that allow a small business to build up a fund are unfair because that’s being used as a retirement-planning vehicle to defer tax on significant amounts of cash while others must abide by the limits of registered retired savings plans.

“If small businesses want to leave money in their business to potentially invest in the future of their business we understand and encourage that,” he said. “We just want to ensure that there’s no situation where they have a much, much better retirement income as a result of tax planning not available to other Canadians.”

Morneau also said he’s against small businesses converting regular income into capital gains and paying half the tax rate, so that provision would also be changed.

The consultation period on the tax changes will end on Oct. 2.

Conservative finance critic Pierre Poilievre called on Morneau to back down on the policy reforms.

“What minister Morneau is proposing is not solving a tax avoidance problem, it’s avoiding a revenue shortfall problem. Minister Morneau has spent the cupboard bare and he’s now looking to raise taxes on small businesses to pay for it.”

Poilievre said Morneau has not explained a planned reasonableness test to ensure small businesses are legitimately claiming the work of family members, and companies would be forced to spend time and money explaining themselves to bureaucrats.

“Family members regularly contribute to small businesses, to family farms and to other enterprises, and there’s nothing wrong with them being appropriately compensated for that work.”

However, Poilievre could not explain why professionals including doctors would need such an advantage, saying only that he doesn’t accept the government’s characterization of passive investment.

Doctors have been vehemently opposed to the proposed changes, and Morneau noted they negotiate agreements with provinces.

“My response is the tax code is not the way we should be deciding on how to compensate people,” Morneau said.