Click here to see what’s coming up next and visit past posts. 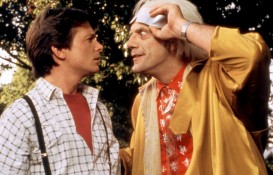 Canadian and U.S. labour productivity tracked each other fairly closely through the 1990s, but diverged at roughly the same time as commodity prices surged. (No, I don’t think that’s a coincidence, and I’ll get back to this later.) If Canadian labour productivity had continued to track that of the U.S., output and incomes in Canada would be almost 20 per cent higher than they are today. What happened? And what are the implications?

1) Physical capital. One thing that can make workers produce more is better tools, otherwise known as physical capital. This is measured through fixed business investment—expenditures on new capital goods—a closely watched indicator that it is both highly volatile and strongly correlated with whether the economy is booming, stagnating or in recession. But productivity depends on the level of the capital stock, which is the value of the assets in place at any given moment. The net change in the level of the capital stock in a given interval of time is the difference between investment flows (think: new computers) and depreciation flows (think: old computers that are starting to show the hourglass—or beach ball—a bit more often than they should or ones that have become unusable relics).

Statistics Canada publishes data for four broad types of physical capital: buildings, engineering construction (highways, dams, etc.), machinery and equipment, and intellectual property. (Although they account for only one-fourth of the total, the last two types of physical capital are considered the most important: The adoption of new technologies and new techniques is generally associated with the purchase of new equipment and investment in IP.) This chart shows levels of capital stock per worker for each of the four types:

And here is how the total capital-labour ratio has evolved:

Looking at these graphs, it’s hard to attribute the deceleration in labour productivity after 2002 to the average Canadian worker having fewer or worse tools at her disposal. The total capital stock per worker actually declined during the 1990s—when, productivity-wise, we were still doing well—and increased after 2002—when we started lagging behind the U.S.—led by strong expenditures on machinery and equipment. This would appear to exonerate physical capital as the reason behind our productivity blues.

2) Human capital. Labour productivity also depends on the workers’ own attributes: innate abilities, level of formal education and training, skills acquired on the job, a capacity to learn new tasks, etc. That’s what economists mean when they talk about “human capital.” Workers with higher levels of human capital are generally believed to be more productive.

It’s called “capital” because economists interpret it much in the same way they do physical capital. Formal education and skills training are investments in human capital, and the returns on these investments are higher wages. But human capital can also depreciate, as skills are forgotten or become obsolete.

Available estimates of the value of human capital dwarf those of other forms of wealth, so they are very important in a discussion of productivity. That said, I don’t think human capital is the driving factor in our productivity slowdown. That would be to say that Canadians’ skills suddenly stagnated while those of workers in the U.S. continued to develop—but I’m not aware of any data suggesting that.

3) Technical progress and multi-factor productivity. Purchasing more physical capital and spending more time on education and skills training will generally increase productivity, but these strategies suffer from diminishing returns and will only go so far. A new office computer is a great productivity booster, and so is a new computer for every employee, but stuffing the office with more PCs than people can use could even harm productivity. And the fact that people’s lives are finite imposes its own limits on how much education and training one person can profitably absorb. An economy that relies only on the accumulation of physical and human capital will eventually reach the point where economic growth stops.

Sustained economic growth is only possible if there is technical progress: the ability to continually increase output levels with a fixed level of inputs. One way of measuring this is to take the growth rate of output and subtract the growth rate of the inputs that were used to produce it. The part that is left over–that is, the part of economic growth that cannot be explained by the accumulation of capital and labour inputs–is what economists call multifactor productivity (MFP), an index that is widely interpreted as a measure of technical progress. MFP is a very useful measure, but because it is based on growth rates, it cannot be used to make meaningful comparisons of levels of technology across countries or even across sectors in a given economy.

Now, the index of technical progress for the Canadian business sector (output prices in the public sector are often a matter of conjecture) provides a vivid illustration of Canada’s productivity problem. Estimates of MFP in 2011 are essentially the same as they were forty years ago:

In other words, virtually all of Canada’s real, per capita economic growth in the last two generations appears to have been generated by investment in capital and human capital, factors that cannot be sustained indefinitely. That’s why you hear a lot about productivity woes in Canadian public policy circles.

In the next posts, though, I’ll explain why things really aren’t so bad.