The activist investor behind the Burger King-Tim Hortons deal 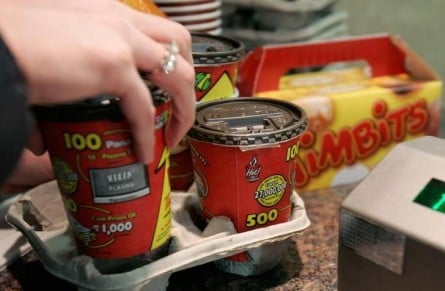 There is plenty of debate about who will be the biggest winner and loser in a marriage between Tim Hortons and Burger King. But the surprise merger announcement has already netted at least one big winner: Bill Ackman. The activist investor behind the $15-billion U.S. New York hedge fund Pershing Square Capital Management owns a 10.9 per cent stake in Burger King and made an estimated $200 million U.S. on Monday as the company’s stock soared on the news.

Much has been made of the fact that Burger King is looking to buy Tim Hortons in order to avoid U.S. taxes by moving its headquarters to Canada. American lawmakers have decried the deal as the latest move by a major corporation to flee the country to avoid taxes. Ironically, among the list of these so-called “tax inversion” deals complied by the Washington Post is Tim Hortons — it was technically repatriated to Canada from the U.S. when former owner Wendy’s spun it out into a public company in 2006.

Ackman is behind both deals. In 2005, his hedge fund owned 5.4 per cent of Wendy’s and Ackman was among a group of investors who successfully pushed the company to spin off Tim Hortons despite management’s preference to simply sell off a stake in the donut chain along with some of its real estate. Now Ackman is among those investors benefiting from the move to marry Tim Hortons to yet another U.S. burger chain.

Ackman is something of a celebrity investor south of the border, where he has gone head-to-head with corporate behemoths such as McDonald’s, Target, J.C. Penney and Sears. He’s making name for himself in Canada as well. As an investor in Botox-maker Allergan, Ackman is the driving force in favour of a hostile takeover bid of Allergan by Montreal’s Valeant Pharmaceuticals. (Valeant is also on the list of U.S. companies who fled to Canada by way of tax inversion, through a merger with Biovail in 2010.)  Ackman successfully led a proxy battle to overhaul management at Canadian Pacific Railway, where he is a shareholder and director. Nearly a decade ago, he led the fight against a plan by Sears to purchase an outstanding stake in Sears Canada for $18 a share. Canadian shareholders – Ackman among them – felt the price was too low. He reaped the benefits years later, when Sears eventually forked over $30 a share to buy Pershing’s stake in its Canadian operations. (Thanks to plenty of red ink at the Canadian operations, today those same shares trade for $13.50.)

Not all of his tactics in Canada have been a success. He failed to shake up Canadian Tire several years ago, when he pushed the company to spin off its credit card holdings, real estate and its Mark’s Work Warehouse division. Those plans were blocked by controlling shareholder Martha Billes and Ackman eventually gave up and sold his shares in the company.

So if you want to know why your double-double may one day come with a side of fries, you can thank Bill Ackman. If history is any guide, it’s not likely to be the last time he tries to shake up the Canadian corporate world.