A facial scrub with that MRI? 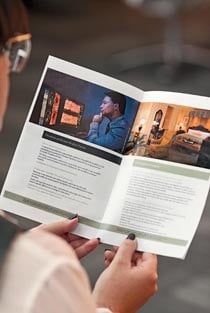 The term “medical tourism” may conjure images of clinics in far-flung countries that offer a tempting proposition: world travel and cut-rate surgery. Yet a Quebec clinic hopes that Canadians will instead think of a warm bed, perhaps an invigorating facial scrub at a renowned Quebec City spa and the chance to skip the clogged lines that are the reality in much of the Canadian public medical system.

“Mix prevention with pleasure” reads the brochure for Fairmont Le Château Frontenac’s medical tourism package, which charges $1,000 for a two-night stay in a suite, including a massage and a complimentary bottle of wine. Medical examination costs are the client’s responsibility. The service, “a first in Canada,” according to the luxury hotel chain, is available to Canadian residents, and promises “VIP treatment” with “wait-free access to your medical professional.” Medical tourists visiting Quebec can avail themselves of six various tests, including mammograms, CT and PET scans, as well as a virtual colonoscopy. These are provided by Radiologie et Imagerie Médicale de la Capitale (RIMC), a Quebec City-based private clinic.

“We cater mostly to a business clientele who don’t have much free time,” says Jacques Lévesque, a radiologist and medical director at RIMC. “We had patients coming here from outside Quebec City, even from outside the province, and we were forever hindered with the fact that they had to leave the same day, so we partnered with Fairmont.”

Lévesque, who is also incoming president of the Canadian Association of Radiologists, said the idea of combining medical services with luxury accommodations came to him two years ago when, during a trip to Toronto, he saw that a plastic surgery clinic had partnered with Fairmont’s Royal York Hotel. “I said, ‘Ah, that’s interesting. There is a need for this in Quebec.’ ”

Lévesque wouldn’t disclose how many medical tourists have opted for the package at the Château Frontenac. Yet the very fact such a service is offered first in Quebec is a reminder of an oft-overlooked fact. For all its social democratic leanings, the province has the largest network of private, for-profit medical clinics in the country. In a 2006 report, the Canadian Independent Medical Clinics Association called the province “the private health care capital of Canada,” with “the most comprehensive and advanced private health care in the country.”

And while Ontario has cracked down on “two-tiered medicine”—last year, the province established a toll-free line for people to report instances of illegal private health care—until recently the Quebec government has seemed entirely comfortable with the situation. There are over 100 private clinics in the province, including the Laval-based Duval Orthopaedic Clinic, which has provided knee and hip surgery since 2002. A second clinic, Rockland MD, has partnered with Montreal’s Sacré-Coeur hospital to perform surgeries and reduce wait times.

That Quebec is at the forefront of private medical care is the result of history and judicial precedent. In 2005, due to the Chaoulli ruling by the Supreme Court on unreasonable wait times, the government allowed for private insurance to cover hip, knee and cataract surgeries. Still, “historically, the divide between public and private health care has been more pronounced, so the for-profit private sector has had to go it alone,” says Antonia Maioni, an associate professor of health and social policy at McGill University. Most private clinics in the province, such as Quebec’s RIMC, only offer non-surgical radiological procedures not covered by the province’s health authority when performed outside a hospital or government-associated clinic.

Medical imaging services like those RIMC provides have caught the attention of Réjean Hébert, Quebec’s new health minister. Hébert, a family doctor, recently denounced the proliferation of “medicine at two speeds” in areas including radiology. But publicly funded scans and diagnoses are often where bottlenecks occur; if a patient is able to circumvent this through private medical insurance, he can arguably receive treatment quicker than a patient using only the public system—an apparent violation of the Canadian Health Act’s equal-access provision. “The case of diagnostic testing is a grey area,” Maioni says.

Lévesque describes his clinic as “an escape valve” for the public system. “When you look at Quebec, there aren’t very many complaints about wait times, because there is a large private clinic network in the province. It’s a bit like public and private schools. If we didn’t have private schools, we might have more problems than we have now.”

Lévesque says his clinic may soon take on American clients, too. In Canada, he points out, even private medicine is cheaper than what’s south of the border.