The Interview: Jacques Poitras on the Irving family dynasty

The author of Irving vs. Irving on the massive influence and uncertain future of the Maritimes’ most powerful family 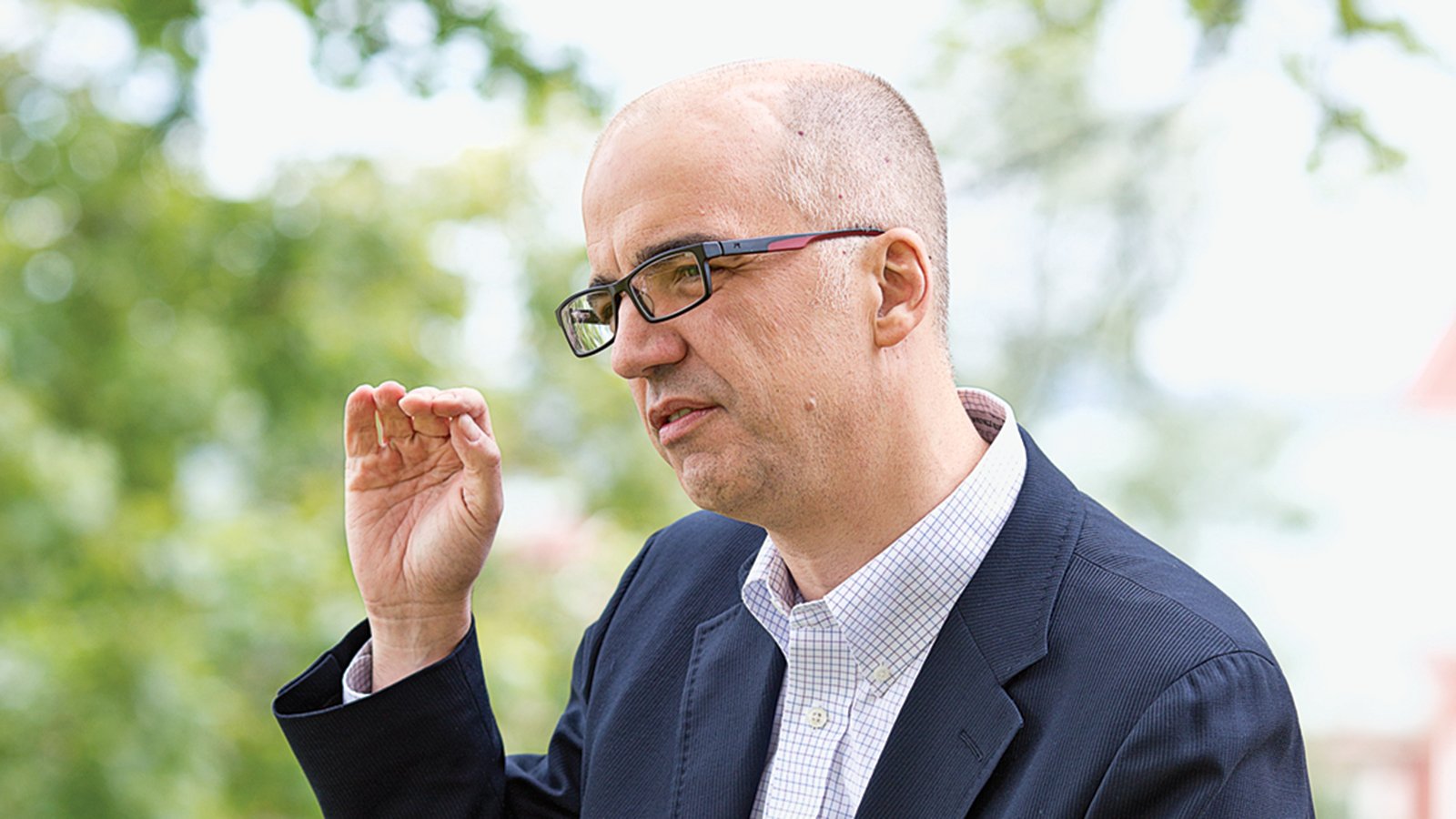 With interests in everything from oil and lumber to shipbuilding, the Irvings are one of the most powerful business dynasties Canada has ever seen. But all is not well inside of this notoriously private—and privately held—group of companies. The 1992 death of hard-driving entrepreneur K.C. Irving set the stage for vicious internal battles, as his three sons—J.K., Arthur and Jack—and, subsequently, their offspring, were charged with running the disparate businesses as one big enterprise. And, since the Irvings also own most of the province’s newspapers, there were always questions about how the family’s business was being covered by the press. In Irving vs. Irving, author and journalist Jacques Poitras attempts to set the record straight.

Q: What’s the extent of the Irving family’s reach in New Brunswick?

A: They’re ubiquitous, really. The most visible presence is the gas stations, which have their name on them. But, more than that, they’re the cornerstone of the economy. The forestry business is the biggest private sector employer in the province. And the refinery in Saint John, on the oil side, is the biggest contributor to the province’s wealth. So, just on the numbers, they’re huge. They also have a lot of influence. They don’t necessarily get everything they want, but they got a lot of it. Governments tend to accommodate them.

Q: Yet, New Brunswickers don’t know all that much about how these companies operate, let alone the relationships between the individual family members themselves.

A: There’s an outward and superficial image the companies have. The forestry side—J.D. Irving Ltd.—is very visible, with big mills in various towns and a lot of public outreach and social media. Irving Oil, by contrast, is much more quiet. But both companies are secretive, in the sense that they’re privately held. There are no shareholder meetings, no ﬁnancial reports and they don’t talk about how much money they make. They disclose what they want to disclose, so it’s very opaque. At the same time, people will see members of the family at various events or just walking on the street in Saint John. They don’t exude tycoon-like behaviour or flashiness. They’re real people. But when you try to scratch beyond the surface, you don’t get very far.

Q: Where do the fault lines currently lie between the family members?

A: Between J.K. Irving and his brother Arthur—with the third brother, Jack, having been previously aligned with Arthur. In the two poles of the company—forestry [J.K.] and oil [Arthur]—Jack was often the tiebreaking vote. The three always operated by consensus. They were famous for making decisions by going for walks and sitting on a park bench or going to a local diner. But, over time, as the next generation of Irvings became involved, the interests of the companies didn’t necessarily align and, eventually, Jack and his family were forced to take sides.

Q: You tell an anecdote in the book about Jack’s death in 2010 and J.K. having to line up with everyone else during the viewing.

A: That was amazing to find out about that. J.K. wasn’t ushered past the lineup of ordinary mourners, even though he was a family member. And then, at the funeral itself, he and his family were seated several rows back, while Arthur was up front with Jack’s family. There isn’t a more potent image of the split than that.

Q: And now there’s a separate tale of estrangement between Arthur and his son Kenneth.

A: I found that court ruling [in Bermuda, over Kenneth’s claims to a bigger piece of the family trust] about a year ago. I couldn’t believe it. Arthur is known for his toughness, and he adopts the very same approach in this dispute over hundreds of millions with his own son. At one point, the judge said that Kenneth offered to drop the whole thing if Arthur would agree to four conditions, one of which is for Arthur to take part in a family activity with Kenneth and his kids. The fact that Kenneth has to ask for this as part of a potential legal settlement is striking enough, but then Arthur says “no.” It’s just astounding. They must have gone to the point of no return.

Q: Isn’t part of Kenneth’s complaint that he didn’t feel recognized for the work he did as CEO of Irving Oil?

A: Sure. And it’s interesting, because he was stepping away from the family way of doing things there. They’re trained to move into these roles and put the big picture, family unity and discretion above everything else. I can’t say whether Kenneth had a case for a bigger share of the money, but the very fact he made that argument shows he was breaking away from the strictures of the family.

Q: You can almost see the inevitability of all this: a massive conglomerate with ever more family members involved, but no single person like K.C. Irving to keep everyone in line.

A: The thinking was that the Irvings wouldn’t go through this, precisely because it was such a diversified group of companies. I quote Kenneth from an 1998 interview he gave, saying there’s not going to be any succession dispute here because we all have our own things that we run. That was the expectation, anyway. But the economy changed, the companies grew and developed, and different family members took on different roles. There were times when the companies’ goals were mutually exclusive. When energy prices were high, it was good for Irving Oil but bad for Irving’s mills, which had these soaring power bills. So there was a bit of a ticking time bomb there. And K.C. was advised at one point to let the children spin off their own companies, but he wanted everything to stay together because he really believed in the vertical integration model.

Q: You spend quite a bit of time in the book looking at the Irving media business, even though it represents a fairly small part of the empire. Is that because you’re more familiar with it as a journalist, or because it’s the odd duck—the one business they seem to have such a difficult time wrapping their heads around?

A: Other than the gas stations, the newspapers are one of the Irving products that have a direct connection to a lot of people. They’re also the prism through which people should be finding out about these companies. The newspapers should be telling the story of New Brunswick, and a huge part of that story is this family and these companies. But, over the years, they’ve had a spotty record of doing that well. I think there’s a strong body of evidence that K.C. didn’t have much interest in newspapers, but owned them so no one else would buy them, and also to prevent another company from coming in and starting a paper that would scrutinize his businesses. Now, when [you] get down to his three sons and the next generation, it becomes more complicated. I talked to a lot of people who said they [the family] were really perplexed about the newspapers. They didn’t know what to do with them. They hated owning them because they got so much criticism for it.

Q: How much co-operation did you get from the family for this book? You wrote you had an interview with J.K. and his son Jim, but that they cut off communications with you a short time later.

A: When it was confirmed I was doing the book, I emailed Jamie Irving [J.K’s grandson and newspaper publisher], but he told me he wouldn’t take part. A couple of weeks later, there was a memo circulated to all the employees at the papers, reiterating the corporate policy that no one is authorized to speak to an outside publication. With Arthur and the oil company, they didn’t even answer my emails. So finally, what I did was wait until he was being honoured at a Red Cross dinner last November. It was a $150-a-plate fundraiser. I bought a ticket and went to the dinner in Saint John so I could approach him personally. He said he’d heard something about my request for an interview and slapped the shoulder of someone at the table and said, “You’ve got to talk to this guy, he knows a lot of stuff.” That was the end of the conversation. It was an expensive rejection, but the money went to a good cause.

Q: The message today from the Irving family is that they’re moving forward. But it seems like this idea of the big, family-run industrial concern is a bit of an anachronism. Is there really a future for this company?

A: Oil isn’t going out of fashion any time soon. And New Brunswick is still 90 per cent trees. Even the newspapers have put up an online paywall that’s apparently making money. I would never underestimate their capacity to just keep adapting. Look at the Energy East pipeline proposal. Alberta’s oil is landlocked and Keystone XL isn’t going anywhere and Northern Gateway is surrounded by questions. But the Irvings are standing at the other end of the country, ready and waiting with export terminals, refineries and deep-water ports. They’re always in the game.