The keys to BlackBerry's revival?

Command keys are coming back to the BlackBerry keyboard. Welcome to 2008.

It sure has the feel of deck chairs being shuffled, but BlackBerry is reportedly bringing back the traditional row of command keys that Crackberryheads once relied on to navigate their smartphones. Citing sources close to the company, the Globe and Mail says CEO John Chen will use a mobile conference in Barcelona tomorrow to announce the keys—including a menu button, back button and trackpad—will be reintroduced on the next generation of phone, having been unceremoniously dumped in the BlackBerry 10 redesign.

How positively retro. As one analyst in the story succinctly puts it, “I wonder if it just doesn’t matter any more.”

But as trifling as the change seems, if you’re going to mount a rebuilding of BlackBerry, this is about the last reliable foundation stone on which to start. Earlier this month RBC released a survey of 1,000 enterprise users in the financial, government and legal realms, and when the bank asked them what BlackBerry feature they valued most, the clear winner was the physical keyboard. 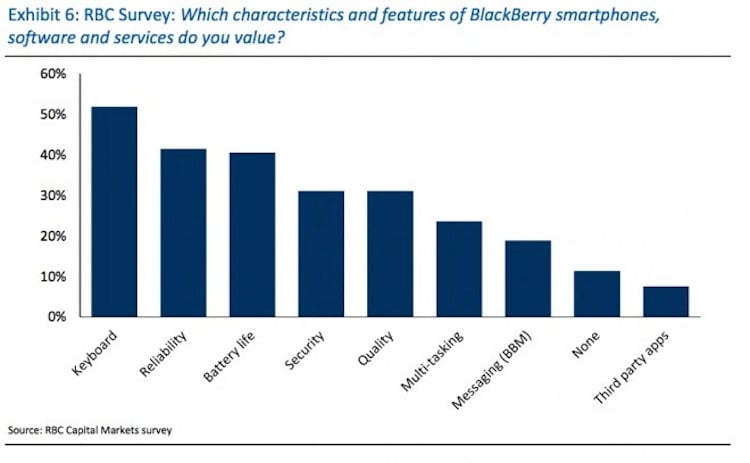 A major complaint among those who bought the redesigned Q5 and Q10 keyboard-equipped phones has been the absence of the familiar control keys that existed on previous BlackBerries. So this is the most elementary of defensive plays as the company attempts to hold onto its loyal rump of users.

But another chart in that RBC survey shows what the company is up against. When enterprise users were asked which smartphone OS their organizations supported—a market that BlackBerry once enjoyed almost completely to itself—well, see for yourself. 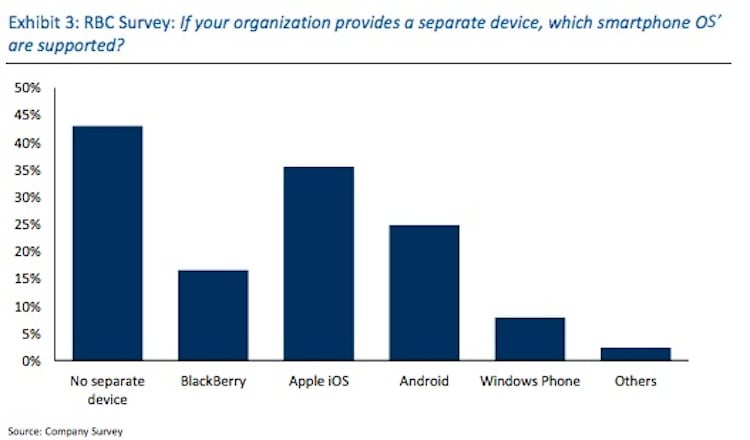 Providing command keys so BlackBerry users can navigate their phones like it’s 2008 is hardly the type of innovative leap the company is going to need to rebuild its market share.