Your guide to the Monetary Policy Report: A cheat-sheet

All you need to know—and a bunch of cool charts

The Bank of Canada released its quarterly  Monetary Policy Report this morning. Here’s what you need to know.

The Bank estimates that QE3 will lift the level of U.S. GDP by 1.3 per cent by 2014 and, more broadly, boost global economic activity, increasing the demand for Canadian exports and supporting commodity prices. (…)

Relative to the July Report, U.S. GDP growth in 2013 and 2014 has been revised up to 2.3 per cent and 3.2 per cent, respectively, owing to a larger policy response by the Federal Reserve than was previously expected. 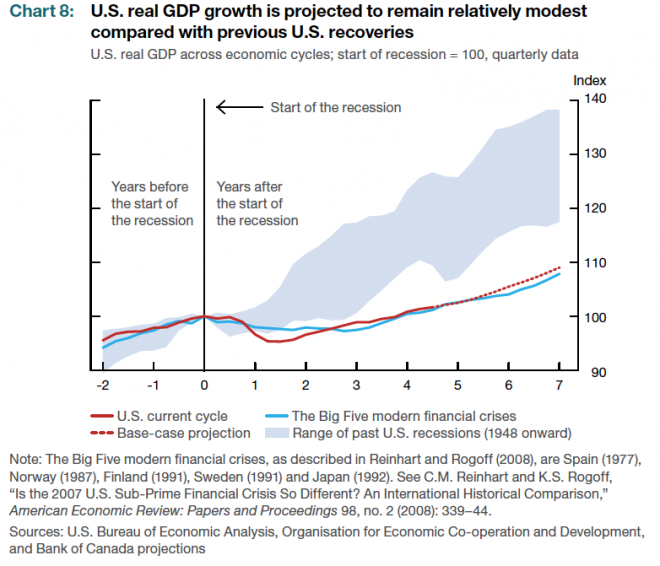 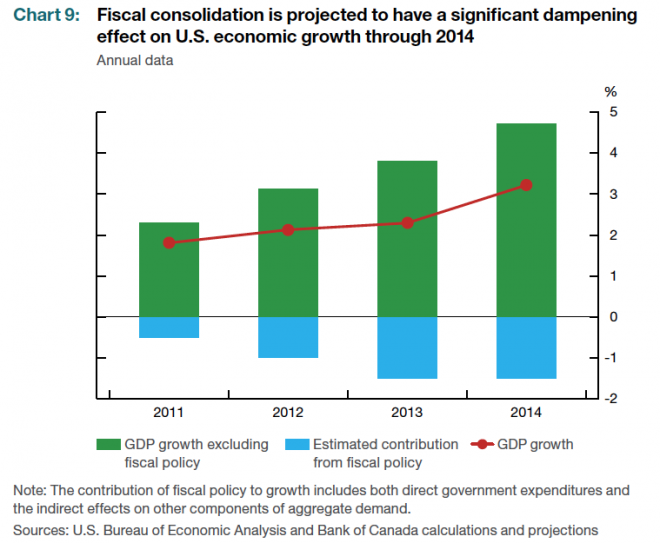 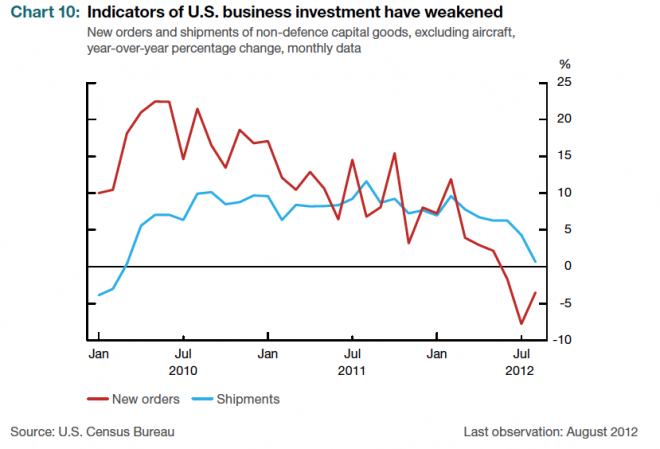 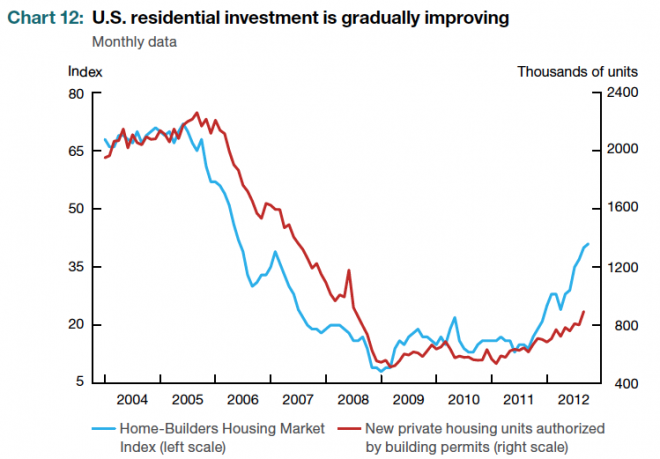 Europe is in recession, and recent indicators point to continued contraction 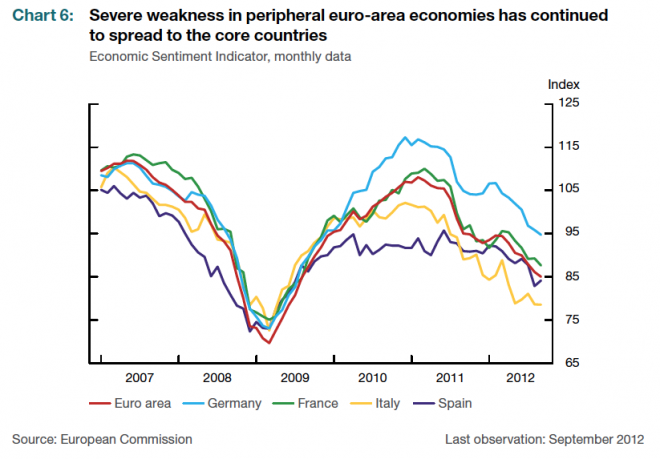 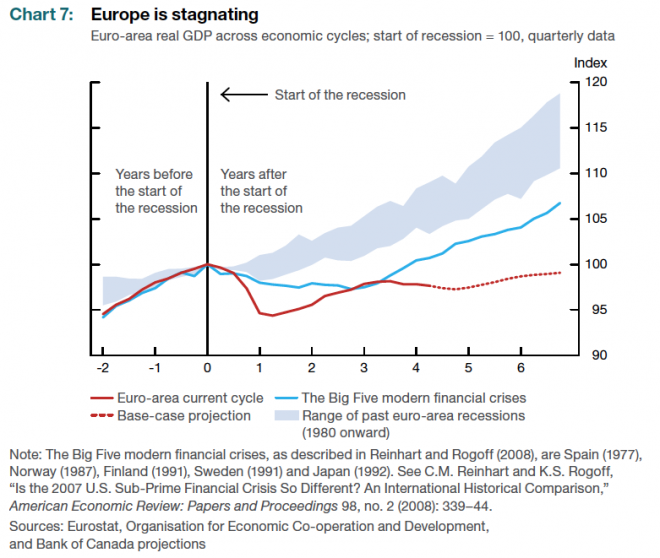 In China and other major emerging economies, growth has slowed somewhat more than expected, though there are signs of stabilization around current growth rates (…)

The ongoing slowdown, also reflected in weak industrial production data, is the result of continuing efforts by Chinese authorities to rein in an overheated property market, as well as reduced external demand, particularly from Europe (…)

China’s economy is expected to grow at a pace of about 7.7 per cent over the projection horizon. This represents a slight pickup from the recent rate of growth, but is a somewhat weaker forecast than in the July Report. 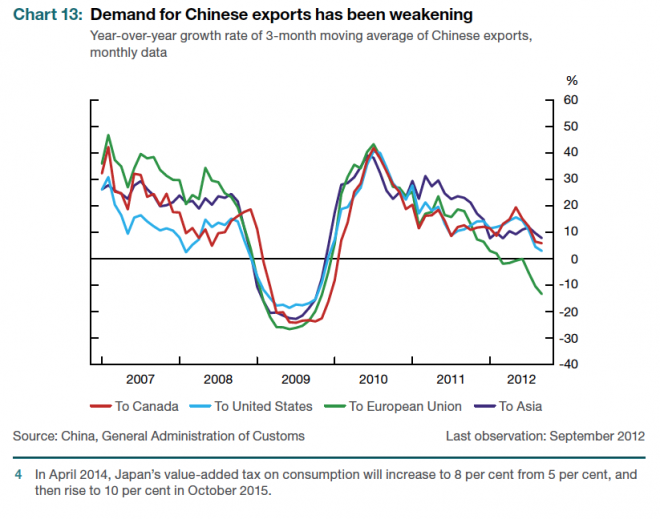 Notwithstanding the slowdown in global economic activity, prices for oil and other commodities produced in Canada have, on average, increased in recent months (…)

Prices for many commodities have increased since the July Report. A rise in crude oil prices and a rebound in base metal prices, both partly related to the announcement of new policy stimulus measures in several countries, account for much of the recent movement. 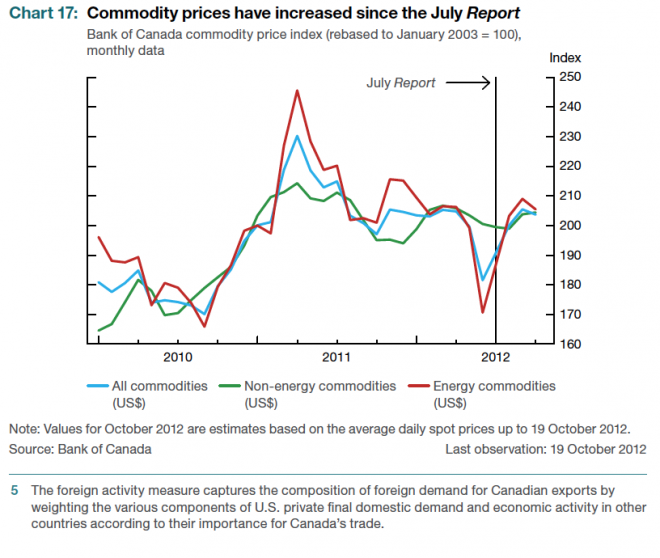 The Canadian dollar has averaged 101 cents U.S. since the July Report, higher than the 98 cents U.S. assumed in July (Chart 18), and is assumed to average 101 cents U.S. over the projection horizon. 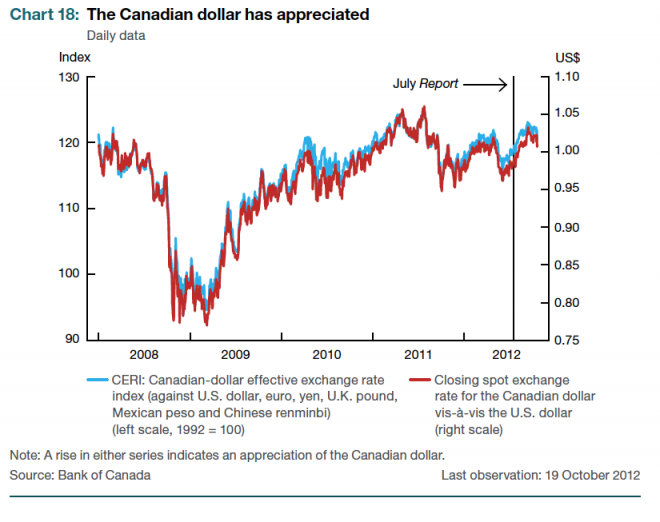 …the economy is expected to pick up and return to full capacity by the end of 2013. (…)

Household credit continues to be readily available at near-record low rates. Growth in household credit has remained relatively stable at around 5.5 per cent since the beginning of the year, a pace below the historical
average (Chart 22), following an extended period of rapid growth that led to a substantial buildup in household debt. 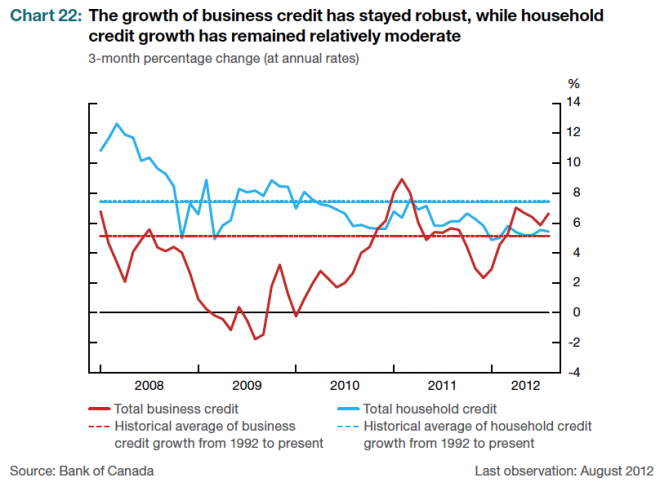 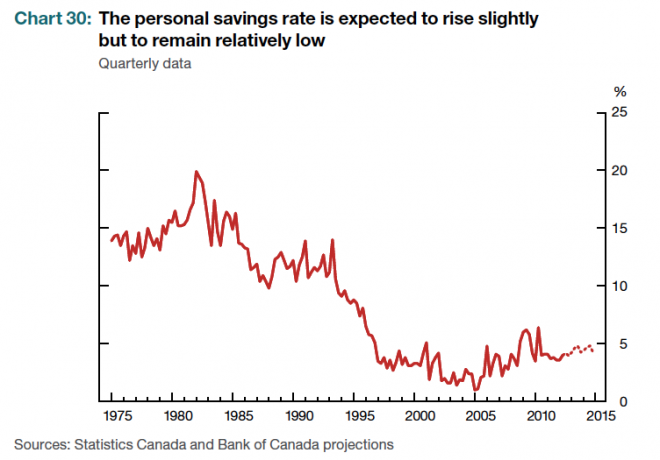 Housing investment declined in the second and third quarters, following strong gains over the previous three quarters. Nonetheless, with signs of overbuilding, the level of housing investment still remains near historical highs 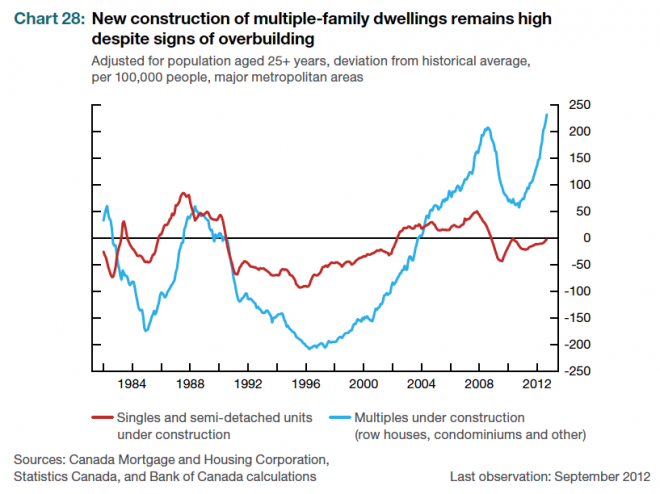 Residential investment is projected to contract, with its share of the overall economy declining from the current elevated level (Chart 31). In this regard, the measures implemented in recent months by federal authorities are expected to contribute to a more sustainable housing market in Canada. 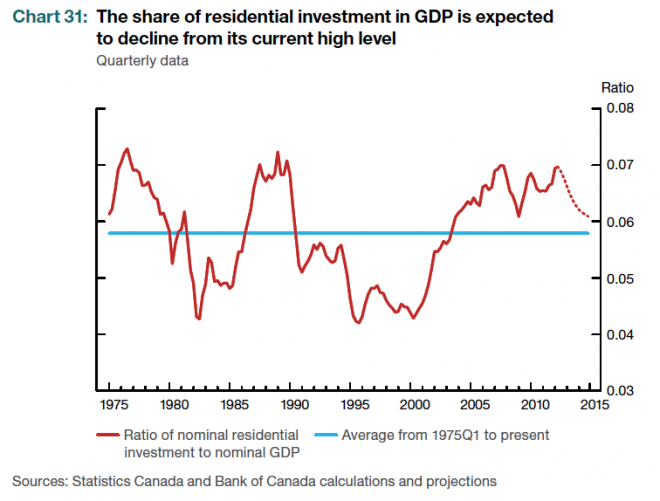 Canadian exports are projected to pick up gradually but remain below their pre-recession peak until the first half of 2014, reflecting weak foreign demand and ongoing competitiveness challenges. These challenges include the persistent strength of the Canadian dollar, which is being influenced by safe-haven flows and spillovers from global monetary policy.

Core inflation has been lower than expected in recent months… Core inflation is expected to increase gradually over coming quarters, reaching 2 per cent by the middle of 2013 as the economy gradually absorbs the current small degree of slack, the growth of labour compensation remains moderate and inflation expectations stay well anchored.