The race to be Canada's first $1-trillion bank 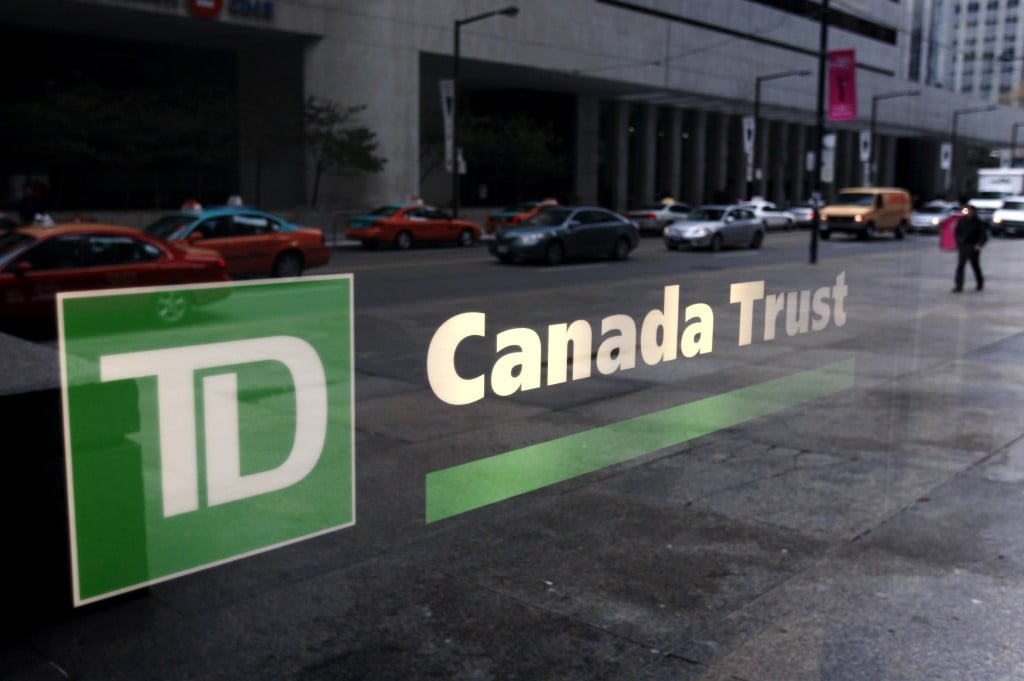 Canada’s banks are huge. Everyone knows that. Just six institutions hold 90 per cent of all bank deposits in this country, a level of concentration almost unheard of in the rest of the developed world (save for maybe Australia). But Canada’s already massive banks are about to cross the threshold into truly gargantuan territory—because sometime in the next year or two, though probably in 2014, either TD Bank or RBC will become Canada’s first trillion-dollar bank when measured by total assets.

Drawing on the historical reviews in the banks’ annual reports, the chart above forecasts what could happen over the next two years based on the compound annual growth rates of the banks’ assets over the last decade. There was no point including the other banks on the chart. BMO’s assets are still below $600 billion while CIBC’s stand at just (Ha, just!) $400 billion. National Bank is less than half that. The race, if you want to call it that, comes down to TD and RBC, with Scotia a not-so-distant third. Given TD’s stronger performance in recent years, it’s likely to get their first. If TD maintain’s the pace of asset growth it posted in the first quarter of 2014, it could have $1 trillion in total assets by the fall.

It’s no small feat. Only four banks in the U.S., an economy 10 times larger than Canada, have crossed into thirteen-digit territory. And JP Morgan Chase, America’s largest bank with assets of US$2.4 trillion, only became a member of the trillion-dollar club in 2004. What this reinforces, once again, is just how massive a handful of Canadian banks are relative to the economy. Too massive, some argue (PDF). But while the office of Canada’s federal banking regulator placed the six largest banks on its list of “domestic systemically important banks” last year—compelling them to set aside an additional one per cent of capital as a percentage of assets—the global Financial Stability Board, which is still chaired by Mark Carney, recently bypassed Canada’s banks when drawing up its latest list of financial institutions it considers too big to fail.

Either way, expect some gloating from whichever bank hits the $1 trillion mark first, and a fresh round of soul searching from critics about the role of giant banks in Canadian society.