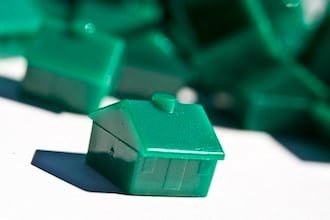 Ben Rabidoux is is an analyst at M Hanson Advisors, a market research firm, where he focuses on Canadian mortgage and credit trends and their implications for the broader economy.

The Canadian Centre for Policy Alternatives made quite a stir a few weeks ago when they released a report detailing a “secret” Canadian bank bailout. The report focused on three programs the government used to support Canadian banks during the financial crisis–primarily the $69 billion Insured Mortgage Purchase Program initiated by Ottawa as a means to ensure that banks would be able to keep funding consumer mortgages. The report labeled the IMPP a “bailout,”but banks were quick to point out that this program presented a zero net increase in taxpayer liabilities as these mortgages were already insured by Canada Mortgage and Housing Corporation.

However, the 2011 CMHC annual report reveals clear evidence that taxpayers did in fact take on significant risk in propping up the mortgage market during the financial crisis and Ottawa owes Canadians some answers on exactly why this was allowed to happen.

First, though, some background. In Canada, bank-originated mortgages with less than a 20 per cent down payment must carry mortgage insurance, which is typically paid for by the borrower. CMHC is the primary provider of such insurance in Canada. However, banks also have the ability to purchase insurance on pools of low-ratio mortgages (i.e. where the borrowers have made a down payment of more than 20 per cent of the value of the house) if they choose. This is commonly known as “bulk portfolio insurance.”

As the table below shows, CMHC bulk portfolio insurance for low ratio mortgages ballooned in 2008 and 2009, at the height of the financial crisis, and then again in late 2011. CMHC recently announced that it is going to start heavily rationing bulk portfolio insurance as it rapidly approached its $600 billion parliamentary-approved mortgage insurance cap–which Ottawa, as I have written before, isn’t likely to raise as CMHC insurance represents a direct liability of the Canadian government (i.e. taxpayers) and stood at only $250 billion in 2003.

The practice of buying insurance on conventional mortgages is by no means new, but the levels it reached in the three particular years are staggering.  Since 1954, when the CMHC first entered the mortgage insurance business, the corporation has accrued $567 billion in insurance in force, $243 billion of which is low ratio insurance purchased by the banks themselves. Fully 54 per cent of the latter was bought in 2008, 2009 and 2011 alone. If you consider both high- and low ration mortgages, those three years also account for a whopping 23 per cent increase of all insurance in force held by CMHC.

The story this data seems to tell,  is that during the financial crisis, when it was suddenly plausible that homes to fall significantly in value and lenders might take large hits on their uninsured mortgages, CMHC allowed Canadian banks to transfer the risk on over $90 billion of previously uninsured mortgages from their balance sheets on to Canadian taxpayers. This likely benefitted the banks in two ways:

1)  It provided additional liquidity that the banks could use to support mortgage lending. CMHC-insured mortgages, in fact, can be pooled together and sold to investors in the form of so-called mortgage-backed securities.

2)  Thanks to the accounting rules that the banks were using at the time (and these have since changed), mortgages that were insured and subsequently securitized would no longer show up on thier balance sheet.

All this looks very much like a simple ploy to strengthen Canadian banks’ balance sheets by offloading risk to the Canadian taxpayers. This is the real Canadian bank bailout.

More reason to worry: Why were banks back to buying so much bulk insurance last year?

CMHC has indicated it received an unexpectedly large request for bulk portfolio in late 2011 as well. While part of this increased demand has likely been in response to the implementation of new accounting standards that force banks to hold a greater portion of lower risk assets, what is striking is that a disproportionate amount of low ratio mortgages for which banks have recently sought insurance were originated in the areas currently on highest “bubble watch”: B.C. and Ontario:

As Robert McLister, author of Canadian Mortgage Trends noted in a recent post, “Lenders are reportedly disproportionately relying on low-ratio insurance to cover themselves on mortgages in Toronto and Vancouver,” where inflated prices mean even low ratio mortgages are riskier than in other cities.

In 2011, virtually every Canadian bank conceded that house prices had gotten ahead of themselves and were at risk of a correction. The consensus was that the risk was centred in Vancouver and the Toronto condo market. I can’t imagine that Canadians would be pleased to learn that while the banks were publicly expressing concerns about certain markets, they were quietly allowed to reduce their own exposure to these very markets by offloading the risk to Canadian taxpayers.

Taxpayers ought to ask some tough questions of CMHC:

1) How did CMHC set the fee that it charged the banks for this insurance? This is unclear in their annual report, but the large demand by banks for this type of insurance in 2008, 2009, and 2011 suggests that it was underpriced and insufficient to compensate taxpayers for the additional risk they took on. A report from the Reason Foundation in the U.S. suggested that government insurance always underprices risk. That seems to be the case in Canada as well.

2) If the banks were so eager to insure these mortgages and eliminate their risk, should CMHC have been so obliging?

3) Where were the finance minister and minister of human resource development, who were supposed to oversees CMHC, as all this was happening?

4)  CMHC’s chief original mandate was to assist returning WWII veterans and first-time buyers in finding affordable, suitable housing. Has the CMHC become an outrageous case of mandate creep? Or better yet, is it time to have a serious discussion about getting taxpayers out of the business of mortgage insurance entirely?