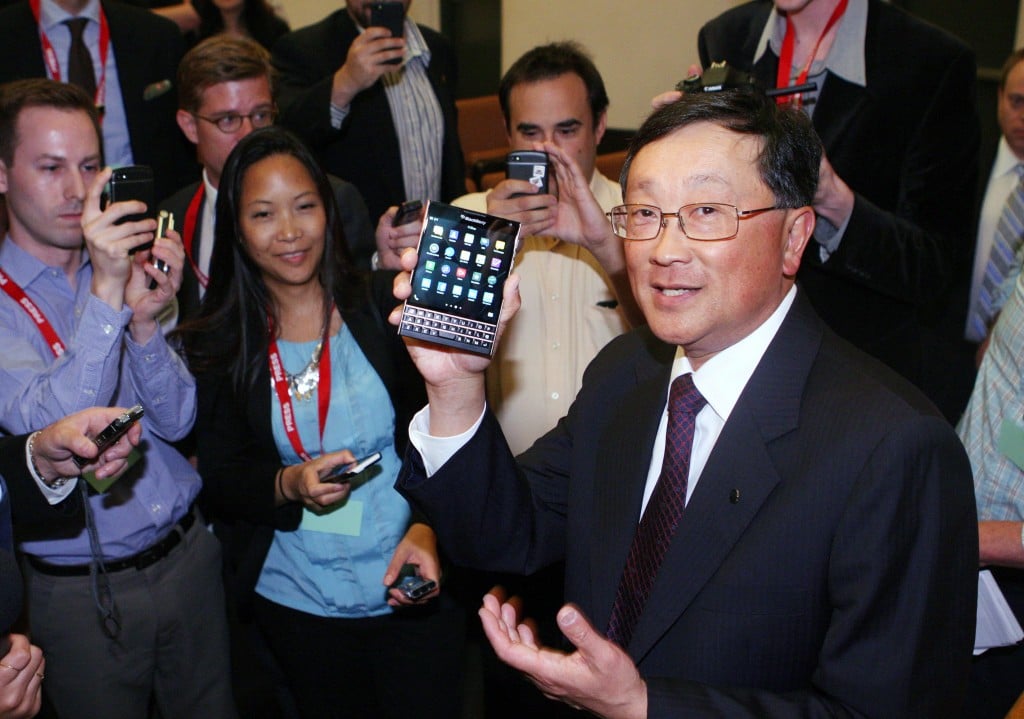 It’s a good time to be the boss.

A report on CEO pay, released this week by the Canadian Centre for Policy Alternatives, found that the heads of the country’s top-100 corporations earned an average of $8.96-million in 2014. True, their take-home went down a bit—two per cent—from the $9.2 million average in 2013, but the long-term trend for the wealthy and powerful remains positive. Since 2008, average compensation for the CEOs is up 22 per cent, while their median pay has increased by 32 per cent to $7.759-million. Over the same period, the average wage in Canada increased by 11 per cent to $48,636, almost keeping pace with inflation.

Canada’s top chief executives now earn 184 times the average income. By 2:07 pm on Jan. 1 they had already surpassed the $22,010 a full-time minimum wage worker will receive for all of 2016. It took them just a few more hours on the next paid day—Jan. 4—to eclipse the average annual wage.

Heading up a large company—successfully or unsuccessfully, it doesn’t seem to matter—is a sound fiscal strategy. Other than real estate in Toronto or Vancouver, it’s hard to think of an investment that might offer a better rate of return than CEOs’ 22 per cent. The price of gold is up a bit more, 25 per cent, since the beginning of 2008. But even the S&P TSX Composite Index—based in large measure on the performance of companies headed by these top-100 CEOs—showed a lower overall gain, 5.58 per cent, through the end of 2015.

If anything, CEO earnings in Canada are probably higher than reported. Disclosure rules only apply to publicly traded companies, leaving out many large financial services firms and hedge funds. And the accounting formula used to calculate the value of stock options—13 per cent of total pay in 2014, down from 27 per cent the year before—tends to lowball their actual worth. (The CCPA report points to the example of options that were given to the head of the chartered banks in 2010 and 2011, with a deemed value of $15.7 million, but that were actually worth $30.4 million last November.)

The pay packets are also remarkably resilient, growing steadily despite economic stumbles, public outrage and shareholder revolts. “What it really boils down to is that the process for establishing executive compensation is almost guaranteed to create stability,” says economist Hugh Mackenzie, the author of the report. “Most boards of directors consist of people who are currently corporate leaders or have been part of the system in the past. It’s hard to find a critical mass who see it as their mission to limit compensation.”

The growing gap between the earnings of executives and the rest of the population is hardly unique to Canada. The U.K.’s top 100 CEOs now make £4.96 million ($10.17-million in Canada) on average, and they surpassed the average annual wage for 2016 on Jan. 5, dubbed “Fat Cat Tuesday.” In the United States, average compensation for the leaders of the top 350 corporations came in at $16.3 million ($22.8-million in Canada) for 2014, and has risen 54 per cent since the recovery began in 2009. Top CEOs in Switzerland and Germany make about 150 times the average wage. The ratio in Norway is 58 to 1.

Related: The 2016 milestone for the world’s richest

But efforts to limit, or even slow the growth, have proven to be remarkably difficult. A 2011 U.S. study that examined government regulations on executive pay enacted since the dirty 1930s concluded they had been “mostly unblemished by success.” Rather, the narrow rules and laws simply ended up fuelling the rise of other forms of compensation. “An apt analogy is the Dutch boy using his fingers to plug holes in a dike, only to see new leaks emerge,” wrote Kevin J. Murphy of the University of Southern California. And a 2013 Canadian research project that crunched 40 years of CEO pay data concluded that the more information that is made public, the faster the compensation seems to grow. (Not that surprising a finding really, given that the same principle has been observed with baseball and hockey salaries, as well Ontario’s public service “Sunshine List.”)

A proposal to strictly limit the pay of Swiss CEOs to no more than 12 times that of their junior employees was defeated in a 2013 referendum, with voters instead opting for more government oversight. But executive pay hasn’t fallen at all, despite the scrutiny.

Canada’s new Liberal government campaigned on vows of higher taxes for top earners, and an end to the preferential treatment of stock options. (They are currently taxed like capital gains, at 26 per cent, half the top marginal rate—a break that was worth $31 million to the top 100 CEOs in 2014 alone, according to CCPA’s calculations.)

But it may not be an easy promise to keep. Just before Christmas, the Council of Canadian Innovators—a new lobby group for tech entrepreneurs led by former Research in Motion CEO Jim Balsillie—met with three Trudeau ministers to find common ground. Their main request was that the government back away from the proposed changes on stock options. Their argument is that such curbs on executive compensation will make it harder to poach talented leaders from abroad, echoing calls that had already been made by other industry groups. By all reports, the meeting was very cordial, and the government response encouraging.

There’s really never a bad time to be the boss.