Having lost some of its brand magic, the athleisure retailer launches an ambitious new ad campaign that targets cause above downward dogs 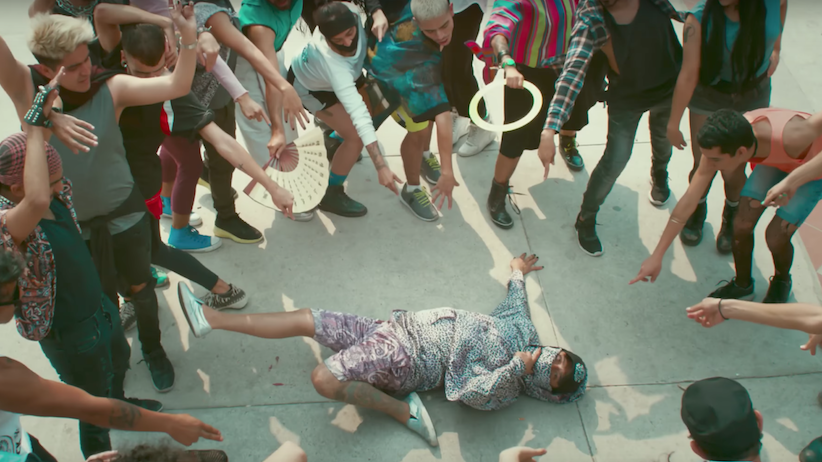 Somewhere along the path where it defined the ‘athleisure’ retailing phenomenon, Lululemon lost some brand magic. Now with a major cause-based ad campaign that takes yoga away from the mat, the Vancouver yoga wear retailer is fighting to win it back.

A global success story, Lululemon was instrumental in making gym clothes acceptable away from the gym. But in recent years, with the explosive rise of online shopping, all retail brands have had to rethink what they sell and how they sell it. Lululemon also endured some high profile corporate missteps and faced increased competition as new players both up and downmarket took aim at the target market of consumers in stretchy pants.

The brand became a victim of its own success, says Ela Veresiu, a marketing professor at York University’s Schulich School of Business.

Lululemon became so popular, so ubiquitous, that in the minds of some consumers, it was completely divorced from its healthy lifestyle roots. It became more closely associated with generic consumer culture that obsessed with superficial appearances, she says. In other words, it’s what the kids call “basic,” and the opposite of cool.

The advertising launched Monday is the kind of campaign clearly designed to restore its cool halo with younger consumers without alienating the massive, and massively loyal, yogi following.

A series of richly textured ads skip the downward dogs and focus on showcasing how some of the core tenets of yoga can extend beyond the yoga studio and inform many aspects of a mindful, progressive lifestyle—one that embraces creativity and wellness.

“Breathing might actually be the most important thing,” says British rapper P Money at the start of his minute-long spot.

“This is Yoga” is the tagline for the campaign, but the subtext is that almost anything cool can be done in Lululemon and cool stuff will make the world a better place.

As a Vancouver resident John Ounpuu admits he wants Lululemon’s ambitious new advertising campaign to succeed. “You kind of want to root for them because it is one of the things in the city not about real estate development,” he jokes.

But hometown bias aside, the advertising veteran who worked on the brand in the past and now leads his own agency Modern Craft, thinks the global campaign launched Monday could go a long way to breathing new life and energy into the brand.

In the many interviews with press about the new campaign, Lululemon marketer Duke Stump says the ads are about about taking yoga “off the mat” and reminding consumers of the brand’s purpose and values.

A lot of marketers have been trying similar cause-based strategies of late that say ‘don’t worry so much about the product we’re selling, just listen to the good stuff we believe in’.

During the Super Bowl, several American advertisers wanted consumers to know they disagreed with Donald Trump and, more recently, Pepsi wanted the world to know that it (and Kendall Jenner) believes peace is, like, so cool.

READ MORE: Pepsi’s Kendall Jenner ad was tone-deaf—but what did you expect?

“I think you have seen a lot of purpose-washing lately,” says Ounpuu. “It has become too much of a trend, especially in consumer packaged goods, low-consideration categories trying to add a sheen of importance that isn’t really there.”

But when it’s done well, cause-based marketing can definitely have a positive impact on a brand, says Veresiu.

“It is an easy way to pull on consumers’ heartstrings and, if you become involved with the right cause that makes your brand seem authentic you increase brand loyalty.”

Authenticity is all-important and it’s why the feel-good vibes of the Lululemon advertising should work, says Ounpuu. Lululemon has always stood for wellness, mindfulness, spiritual balance and those kinds of values, beliefs and behaviours resonate with a lot of consumers today. “I don’t know if I’ve ever seen [Lululemon] try to articulate that bigger ethos in this way,” he says.

And that matters, it will help them sell product in new markets and segments even as the competition increases.

If someone shares those beliefs and values, it could be enough to them to give their business to Lululemon even when they see a good offer for stretch pants at Gap.