Why the world needs short sellers

In a market where so many have a vested interest in pumping up stock prices, short sellers serve as a necessary, if unwelcome, reality check 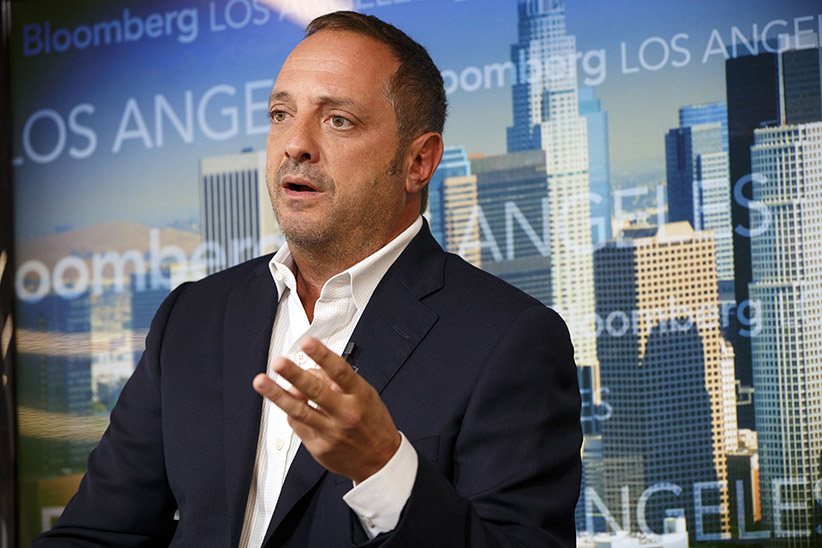 In mid-October Andrew Left, the head of a tiny California investment firm, Citron Research, issued a stunning report that shook the foundations of Valeant Pharmaceuticals, Canada’s largest drug company. As with so many of his other reports, which regularly feature profanity and a flippant tone, Left’s Valeant report cut to the point: “Something really stinks at Valeant.” In doing so, he once again touched on a fundamental question almost as old as the stock market itself: Are short sellers heroes? Or bottom-feeding, no-good, dirty-rotten villains?

Citron’s report, with its inflammatory suggestion that Valeant is a “pharmaceutical Enron,” certainly hit markets like a meteorite, erasing 25 per cent of Valeant’s market worth. The report highlighted complex links between Valeant and Philidor, a specialty pharmacy that distributes Valeant’s drugs to patients. Up until a few days earlier, virtually no one who owned Valeant shares or analysts who covered the stock had ever heard the name Philidor. Citron’s most contentious claim was that Valeant has used Philidor to book revenue before drugs were actually sold to patients. But the mere existence of Philidor—a company Valeant has an option to buy and has staffed with its own employees in key positions, but of which it disavows control—as well as a web of other related companies, has shaken investor faith in Valeant.

Valeant has categorically denied Citron’s allegations, insisting it is an attempt to “manipulate the markets in an effort to drive down Valeant’s stock price.” In a conference call that lasted more than an hour this week, Valeant CEO Michael Pearson, accompanied by a small army of executives and board directors, fired back at the report and attempted to explain the company’s complex relationship with Philidor, through which Valeant generates close to seven per cent of its net revenue. “I think it is legal, maybe it is unusual,” Pearson admitted.

We’ve seen this scenario play out before—or at least parts of it. Step one: A big Canadian company comes under attack from an odd-sounding investment firm that’s selling its shares short, or betting that its stock price will fall. Step two: The company’s executives, as well as its staunchest supporters, launch a scathing counter-offensive. Step three: The investment firm is proven right and the once-massive company crumbles to dust. The Valeant saga is well into stage two—though it has to be stressed, that’s where it stands. None of Citron’s allegations have been proven.

But many of those following the slugfest between Valeant and Citron will surely remember (or have been trying to forget) Sino-Forest Corp., a Chinese forestry company that traded on the Toronto Stock Exchange and was once valued at $6 billion. Then in 2011 an investment outfit called Muddy Waters issued a report calling Sino-Forest a “multi-billion-dollar Ponzi scheme.” Sino-Forest retaliated, as did the investment bank analysts that had been promoting it as a strong buy. One, who dismissed Muddy Waters’ analysis as “a pile of crap,” subsequently left his  job in the wake of Sino-Forest’s collapse and the filing of fraud charges by the Ontario Securities Commission. (Those with longer memories will also remember Valeant’s predecessor company, Biovail, and its former CEO Eugene Melnyk’s infamous run-ins with short sellers, who were also proven right.)

This time around, Valeant too has its staunch defenders. Jason Donville, the president and CEO of Donville Kent Asset Management, a Toronto investment firm, warned darkly of sinister syndicates plotting to bring down Canada’s economy during an interview on BNN. “These turkeys from Nevada are completely unregulated . . . They can make these allegations and look at the airtime he gets . . . [Investors] got ripped off by these people crapping all over these stocks.” Never mind that Donville had been on the business channel multiple times over the past year touting Valeant as an investment—just this past August he compared it to Berkshire Hathaway, the massively successful holding company built by legendary investor Warren Buffett. In his interview, Donville argued for something that many on the Street would like to see: a regulatory crackdown on short sellers and even outright bans in some cases. This would be a terrible idea.

In a market where almost everyone—company executives, analysts, investment bankers and mutual fund managers—has a vested interest in making stock prices go up, short sellers serve as a necessary if unwelcome reality check. They bring new information to the marketplace, and it is there where investors must decide the value to place on that information. In that way, the market’s response to Valeant can be seen as a rational reaction to new and concerning details about Valeant’s business model coming to light.

If it turns out that Valeant is indeed engaged in dubious activity, regulators will get involved and those analysts and investors who promoted it will rightfully look foolish. If, on the other hand, Left is lying, and Valeant is ultimately proven right, Left will not only face investigation by regulators, but the company will invariably sue him and he will be discredited. And those brave few who have been buying Valeant shares during its crisis will be richly rewarded. It will be too late for those investors who panicked and sold, but that speaks to a far bigger problem with investor behaviour—that they are prone to buy high and sell low—than it does any fault with short sellers.