The value of being a wheat king

A quarter of Canada's wheat exports go into noodle production 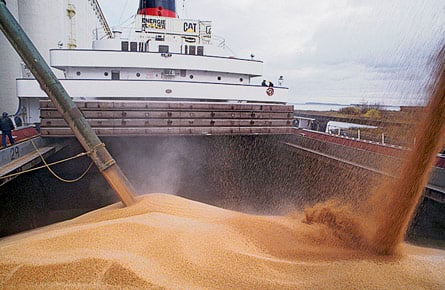 The race is on to create noodle-perfect wheat. The University of Manitoba, for example, plans to use ultrasound technology to study the texture of doughs used in noodle-making, and single out the best wheat for the job. If successful, says Martin Scanlon, a professor in the department of food science, it could help bring to the market new varieties of highly competitive Canadian wheat-for-noodles in as little as five years. Tellingly, the federal government’s Canadian Grain Commission has a research program devoted to developing wheats that fit the “colour, appearance, and cooked texture” of noodles.

The heightened interest reflects a broad trend in global trade. Canada’s wheat exports have been shifting east, with Asian markets now absorbing about half of our wheat exports, a quarter of which go into noodle production. Last year, Canada sold almost $1.5-billion worth of wheat to Asia, which was three times its exports to European Union countries. “The traditional view of Canada as the breadbasket of the world is not entirely correct anymore,” says Scanlon. And while much of our Asian wheat exports currently turns up in Japanese noodle bowls, trade flows to the region are likely to grow thanks to the increasingly deep pockets of Chinese consumers, says Graham Worden, senior manager of technical services at the Winnipeg-based Canadian Wheat Board. China has traditionally pursued a policy of self-sufficiency on wheat, but the local crop tends to be cheap and rather low quality, says Worden. The hope is that the Chinese will develop a large appetite for high-end noodles, only made possible, say experts, with top-quality wheat.