Thumbs up for real buttons on a touchscreen 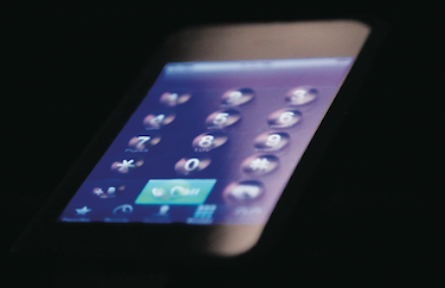 Thumb-happy loyalists of BlackBerry maker Research In Motion might soon be tempted to defect: Silicon Valley has finally figured out how to stick real buttons on a touchscreen.

The familiar frustration with typing on glass kept California entrepreneur Craig Ciesla faithful to his BlackBerry’s QWERTY keyboard. But it also inspired him to found Tactus Technology, a company devoted to fixing the touchscreen’s greatest shortcoming. Tactus has created a technology that can be applied to any smartphone or tablet display. It uses nanotechnology to inflate or deflate physical buttons by increasing or decreasing pressure on a transparent fluid beneath a layer of clear polymer. Users can call up a keyboard when they need one, and make it disappear when they don’t.

The system, which Wired calls “downright magical,” will be used on devices on sale in mid-2013, according to Ciesla. Trouble, perhaps, for BlackBerry, but a welcome development for millions of frustrated texters.