(and for the NDP to stop believing in it) 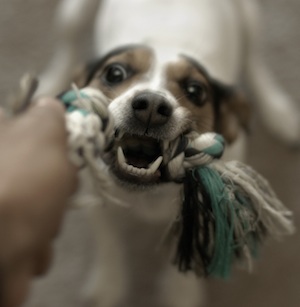 I have to admit it, I’m amused by the terrier-like grip that the Conservatives have on the “job-killing carbon tax” talking point: after the first few dozen times, it just got funny. But the fact that they’re still using that phrase—and that the NDP is doing its best  to dissociate itself from it—suggests that both sides think that the talking point is an effective weapon in the battle for public opinion. So here’s what you need to know about the “job-killing carbon tax” line: it’s wrong.

Carleton University’s Nick Rowe once noted that apart from measures that directly affect the functioning of labour markets—employment insurance, payroll taxes, etc—the best prediction for the effect of a given policy change on total employment is zero. In other words, most policy debates shouldn’t be about jobs. Free trade, HST harmonisation or corporate tax cuts may affect which type of work is done and at what wage, but they won’t affect total employment. Some sectors will see employment increases, some will see it decrease, and depending on the measure being discussed, wages will go up or down. But there will be no long-run effect on employment. There will likely be some short-term dislocation, as some people become temporarily unemployed and must re-train and/or move to find work, but in an economy in which 200,000 people lose or leave their jobs in a given month and a similar number are hired, these transitions are usually short-lived (though the adjustment to free trade with the U.S. took longer).

And so it would be with a carbon tax. Sectors that cannot absorb the tax will see declining employment, and employment in the other sectors would grow. If the tax is introduced gradually, these shifts will absorbed into the usual flows in and out of employment, and total employment wouldn’t be affected even in the short run.

To the extent that a carbon tax will reduce employment in certain sectors, then yes, it “kills jobs.” So does a cap-and-trade system. And more importantly, so do regulations. Just as with a carbon tax and cap-and-trade, the regulatory approach that the Conservatives now prefer increases the cost of doing business. Some sectors will be able to adapt to this, some will not. Same with a carbon tax.

It has a certain ring, doesn’t it? But I still don’t want to hear it.