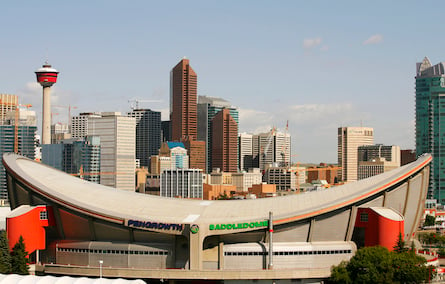 CALGARY — TransAlta Corp. deliberately timed outages at power plants in Alberta at peak times in order to drive up electricity prices, the province’s utilities commission said in a ruling Monday.

The Alberta Utilities Commission conducted hearings after the province’s market surveillance administrator alleged that the Calgary-based company manipulated the electricity market by shutting down coal-fired power plants in late 2010 and early 2011 to drive up power costs during periods when demand was high.

“The commission concludes, based upon clear, cogent and convincing evidence that TransAlta could have deferred each of the above described outages to off peak hours but chose instead to take them during peak or super-peak hours so as to maximize the benefit to its own portfolio,” the commission said in its decision.

“In other words, the timing of the outage was determined by market conditions rather than by the need to safeguard life, property or the environment.”

The commission also found that TransAlta breached a regulation by allowing its energy trader Nathan Kaiser to use privileged information related to plant shutdowns so that the company could benefit in the market.

“TransAlta knew, or should have reasonably known that Kaiser had information regarding the capability of Sundance 1 and 2 to produce electricity that could reasonably be expected to have a material impact on market prices and would give him an advantage over market participants who did not have that information,” the commission found.

But the commission said Kaiser established a defence of due diligence based on repeated assurances from senior TransAlta management that he could direct trades despite possessing information that wasn’t public.

The commission also found that the market surveillance administrator did not prove allegations that TransAlta’s compliance policies, practices and oversight were inadequate and deficient.

In a release late Monday, TransAlta said it has received the decision and will be reviewing the ruling.

It said its response could “include the possibility of an appeal to the Alberta Court of Appeal.”

The company has previously denied all of the allegations, calling them “categorically false” and saying that it triggers outages for maintenance, operations and safety purposes.

The commission said it will resume proceedings later to determine how much TransAlta benefited from the closures and what penalties to impose against the company.

Jim Law, a spokesman for the commission, said it could fine up to $1 million per day per offence, plus claw back any benefits it finds TransAlta gained from any offences.

Brad Hartle, press secretary to Alberta Energy Minister Margaret McCuaig-Boyd, said in a statement that the government is “very concerned” that TransAlta was found to be breaking the rules.

“Alberta families need to know that they can get the power they need at a reasonable price,” said Hartle. “When the process is complete, we will take a good look at what happened, as well as what has happened since to determine whether there are steps our government should take to better protect consumers.”