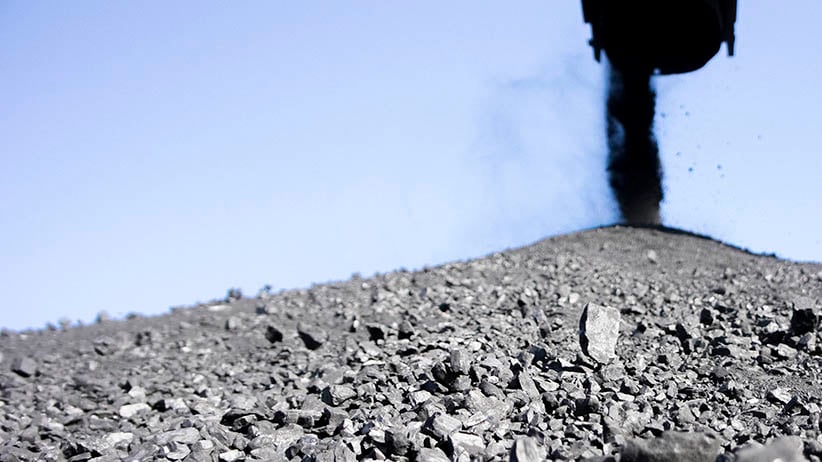 Faculty members at the University of Victoria recently voted on whether to jettison companies that drill, mine or are otherwise associated with fossil fuels from their pension plan. The majority, 66 per cent, said yes. Nearly 200 faculty also joined with students to push for similar divestments of fossil fuel stocks from the university’s $300-million endowment fund. Climate change poses a serious global threat, the faculty association explained in a recent open letter, and “we should not support, let alone profit from, companies responsible for this suite of effects.”

It’s just one of hundreds of such campaigns under way at university campuses across Canada and the United States. The University of Toronto recently struck an advisory committee to review its $1.6 billion in endowments. Students at the University of British Columbia, meanwhile, voted 77 per cent in favour of divesting the school’s $1-billion fund of fossil-fuel-related companies earlier this year. At B.C.’s Simon Fraser University, faculty members voted to create a fossil-fuel-free pension option. But by far the biggest win for the divestment movement came at Stanford University. The California school’s trustees agreed in May to scrub the school’s $18-billion endowment of all coal company stocks, making it the first major American university to take such a step.

Organizers say the goal is to turn oil and gas companies into social pariahs on par with cigarette companies, which were subject to similar divestment drives in the 1990s. “The tobacco divestment campaigns didn’t put Philip Morris out of business, but it pulled them out of our politics,” says Cam Fenton, a former director of the Canadian Youth Climate Coalition. “Tobacco is no longer able to lobby the way they used to. We need to do the same thing to fossil fuels.”

But Big Oil’s reach is a lot more pervasive than Big Tobacco’s ever was. Virtually the entire economy runs on cheap, non-renewable energy. It fuels the cars we drive, heats the buildings we occupy (including those on campus) and, in many cases, provides the juice that keeps our computers and smartphones humming. That raises some difficult philosophical questions for sustainably minded schools—namely the logic behind continuing to be big customers of fossil fuel firms while, at the same time, kicking up a fuss about making money off their operations. More practically, administrators must ask themselves whether sending a shot across the bow of oil majors is worth jeopardizing a university’s broader academic mission, which, in addition to teaching students and searching for cancer cures, may also include climate and renewable energy research. Though activists argue the financial risks are minimal, that old professorial saw about there being “no free lunch” hangs in the air like so many CO2 molecules.

Since 2012, the divestment movement spawned by U.S. activist Bill McKibben’s 350.org— named for the carbon dioxide concentration, in parts per million, that’s considered safe (it recently passed 400 ppm)—has taken off across North America and elsewhere. There are campaigns under way at 40 campuses across Canada; two Ontario churches have agreed to divest their fossil fuel stocks and the City of Vancouver has mulled the idea in council meetings. In the U.S., meanwhile, the organization’s website lists dozens of organizations that are on board, including a smattering of smaller liberal arts colleges and municipalities. “It’s creating momentum that we’ve never had before surrounding this issue,” says Fenton, who is now the group’s Canadian organizer.

Yet with the exception of Stanford, most large institutions with the cachet necessary to really put the movement on the map have been reluctant to participate. At Harvard, administrators balked at the prospect of divesting its huge, $32-billion endowment fund, which pays for as much as one-third of the university’s annual activities. “Significantly constraining investment options risks significantly constraining investment returns,” wrote president Drew Faust in a letter. She also found “troubling” the notion that, as an investor, Harvard should “boycott a whole class of companies at the same time that, as individuals and as a community, we are extensively relying on those companies’ products and services for so much of what we do every day.” Indeed, sometimes lost in the fervor around divestment discussions is the fact that oil companies make their billions by selling us crude, not stock.

Outside of the university sphere, big U.S. money managers are also unwilling to turn their backs on fossil fuels. Officials at America’s three largest pension funds—the California Public Employees’ Retirement System ($283 billion in assets), the California State Teachers’ Retirement System ($183 billion) and the New York State Comptroller’s Office, which oversees a $161-billion pension fund for public employees—all say they instead prefer to work with the companies in their portfolios to change any undesirable behaviour.

Even Stanford’s divestment pledge is less impressive than it first appears. Students had originally demanded the university divest stocks of hundreds of fossil fuel companies. But that was later whittled down to coal miners—a much smaller group. It’s also worth noting, as did Jeffrey Ball, the Wall Street Journal’s former environment editor and a scholar-in-residence at Stanford, that coal provides very little of California’s power needs. That’s significant since it insulates Stanford from accusations of being intellectually dishonest, Ball wrote in the New Republic.

The foot-dragging isn’t necessarily because these organizations are climate change skeptics. Faust, for one, called it “one of the world’s most consequential challenges.” It’s a question of prudent money management. The billions held in endowment and pension funds belong to tens of thousands of people, not just a current cohort of students and faculty members. Making major decisions on how to best manage all that money can’t be taken lightly. “Oil companies have proved to be good and stable investments in the long term,” says Alberto Serna Martin, an energy analyst for Sustainalytics who is based in the Netherlands. “By divesting, you risk that stability and will need to find different investment options to avoid volatility.”

Jessica Dempsey, an assistant professor at the University of Victoria’s school of environmental studies, says the faculty vote to divest the pension plan is merely the beginning of a long, complex process. There are legal mandates to consider, the wishes of existing retirees and the risk the university may not be able to meet its pension obligations. Nevertheless, she says it’s a discussion that needs to happen. “It’s the issue of our time,” she says. “This is kind of a no-brainer to me given what we know scientifically.”

One of the reasons the divestment movement has caught on is because it speaks the language of investors, according to Serna Martin. “This campaign tells investors, using a set of well-thought arguments, that the value of the companies they hold is at risk,” he says, referring to the possibility that a carbon tax or some other mechanism to regulate climate change could seriously hurt the industry. “This angle is much more appealing for an investor than a campaign saying that companies are polluting the planet.”

Of course, there are also risks to being underexposed to the sector. With a fracking boom under way south of the border and billions continuing to flow into Alberta’s oil sands, oil and gas are likely to form a valuable part of the global energy mix for decades to come. There’s also the logistical question of disentangling oneself from fossil fuels. Do you just dump miners and drillers from your portfolio? What about trucking and railroad companies? Utilities? Are index funds off limits because they might contain fossil-fuel-related ﬁrms? “Despite some assertions to the contrary, logic and experience indicate that barring investments in a major, integral sector of the global economy would—especially for a large endowment reliant on sophisticated investment techniques, pooled funds, and broad diversification—come at a substantial economic cost,” according to Harvard’s Faust.

For Fenton and other organizers, just because something’s difficult, or potentially risky, doesn’t mean it shouldn’t be done. The world is “addicted” to oil, he says, and the first step toward salvation is “getting the dealers out of our face.” But the real work remains convincing everyone from soccer moms to airlines to rethink their relationship with energy. Otherwise universities and other groups that opt to shed their fossil fuel holdings risk ending up with a lighter pocketbook and not much else.