Open letter: 'Walmart is unfairly dragging millions of Canadian consumers into the middle of a business disagreement' 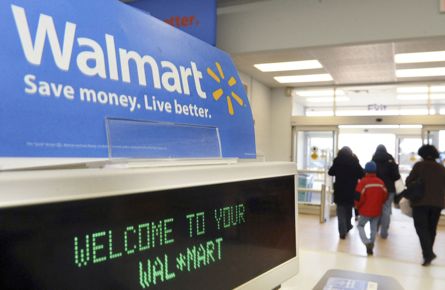 MONTREAL —Visa is accusing Walmart of using consumers as pawns in its battle over merchant fees by threatening to ban the popular credit card from its Canadian stores.

“Walmart is unfairly dragging millions of Canadian consumers into the middle of a business disagreement that can and should be resolved between our companies,” it wrote in an open letter published this morning in several Canadian daily newspapers.

The retailer then plans to reject the cards at its more than 400 Canadian locations.

Walmart said it pays more than $100 million in fees annually for customers using credit cards like Visa, MasterCard and Discover.

Visa defended itself, saying it offered Walmart one of the lowest rates of any merchant in Canada. But the world’s largest retailer wanted more ‚ costs that would be lower than local groceries, pharmacies, convenience stores, charities and schools.

“And they are using their size and scale to give themselves an unfair advantage,” said the unsigned letter.

Retailers across Canada are watching the skirmish with interest but most were unwilling to comment or indicate if they too are considering taking up their own arms against the dominant credit card provider.

Convenience store chain Alimentation Couche-Tard was the exception. It said it’s sympathetic to Walmart’s move after lobbying for years to reduce credit card fees in Canada, which are among the highest in the world.

“I’m not suggesting that the floodgates are about to open on this,” said Karl Littler, vice-president public affairs. “(But) there’s potentially going to be others who will make similar decisions in the future.”

Canadian retailers have long complained about what they call the high interchange fees they pay credit card companies.

The retail council, which represents retailers including Walmart, is calling on the federal government to intervene to mandate lower fees for all merchants. Visa and MasterCard voluntarily agreed in late 2014 to reduce interchange fees by about 10 per cent under the threat of action by the previous Conservative government.

The move would save as much as $400 million a year. Littler called the cuts modest since Canadian fees are still five times higher than in Europe and three times the levels in Australia.

In the House of Commons on Wednesday, Finance Minister Bill Morneau said the government is waiting for a report on the voluntary agreement from Visa and Mastercard before deciding “how we can ensure this market stays competitive in the future.”

Every retailer, especially those with thin margins, are looking at ways to cut costs and offer more value to customers, said Charlie O’Shea, lead retail analyst with Moody’s Investors Service.

“You will see more retailers addressing the issue over the next 12 months,” he said from New York. “I don’t think Walmart will be alone in having discussions with its credit card providers.”

Still, O’Shea said he thought Costco’s switch in late 2014 from American Express to Mastercard would have signalled bigger changes to come.

“That in my view was the deal that would ‘wake up’ other retailers. The Walmart deal is important but the Costco deal was the first.”

John Williams, a retail consultant with the J.C. Williams Group, said Walmart’s move to ban Visa cards will cause a stir in Canada’s retail sector but likely won’t have an enormous impact.

He said Walmart’s reputation will get a boost for trying to save customers money. But large retailers whose strategy is to provide services rather than low prices will continue to accept the most popular credit card.

“An extra point of gross margin will not be a big difference but if you’re fighting it out on nickels and dimes, it becomes an issue.”