What do we know about the 1 per cent?

Little, but enough to debunk a few common misconceptions 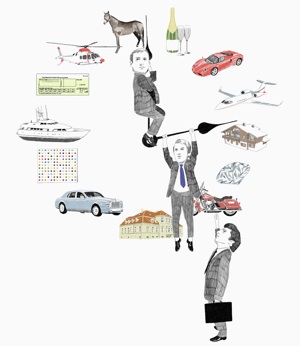 The surge in the share of total income that goes to the very top earners has been widely documented and much discussed. But without a proper understanding of why it’s happening, there’s not much we can say about what policy measures would solve the problem—or even if there’s a problem to solve. Many of the proposals currently being floated about have a whiff of the Politician’s Syllogism: “We must do something. This is something. Therefore, we must do this.”

So when Mike Veall, an economics professor at McMaster University, took the podium at last June’s meetings of the Canadian Economics Association to give the Presidential Address—entitled “Top income shares in Canada: recent trends and policy implications”—there was a certain amount of anticipation in the auditorium. Mike has been working on this issue for a long time, and has written or co-written some of the most important studies on the topic. If anyone could come up with a convincing explanation for the surge in top-end income in Canada, it would be Mike Veall. His answer:

That doesn’t mean we don’t know anything, of course. His talk was recently published in the Canadian Journal of Economics (ungated version available here), and is worth taking the time to read if you’re interested in the topic. Here, I’m going to provide what is essentially a summary of a summary.

One feature of the surge that is perhaps not as well-known as it should be is the way top earners are making their money. In the post-war era, the popular image of high earners being people whose incomes derived from large holdings of capital was largely based in reality. Most of the income that went to the top 0.01 per cent in 1946 came from capital (interest, profits, dividends, etc) and about one-fourth was in the form of wages. In 2009, though, wages accounted for two-thirds of the income in the top 0.01 per cent. So although capital markets and profits attract a lot of attention, the real story of the top income surge is primarily one of labour markets and wages.

Why did wages at the top increase so much? Veall identifies four main theories that have been proposed and that are not without at least partial support in the data:

In the absence of a “silver bullet” explanation, it’s hard to put together a policy agenda. Even so, here are some ideas Veall thinks we should be looking at:

We would all like to know more about why the top-income surge is happening and what we should do about it. But all we have to go on for now are partial answers.