A classic debate over economic policy turns nasty, and personal—sort of 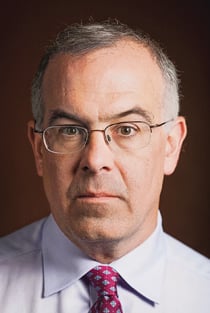 The New York Times is hosting the world’s biggest, angriest debate on economic policy—too bad it’s a debate where the participants can never mention each other’s names. David Brooks and Paul Krugman are two of the star columnists for the paper, with Brooks as its moderate conservative and Krugman as its most outspoken liberal. And they are waging what has been called one of the great passive-aggressive intellectual wars of our time.

The Times is said to have an unwritten rule against columnists going at each other in print. Salon’s media columnist Alex Pareene says in an interview with Maclean’s that “as far as I know the rule is designed to preserve a bit of old-fashioned civility. The Times probably considers itself and its columnists to be above petty partisan squabbling and name-calling.” In practice, though, there’s been nothing civil about the relationship between Brooks and Krugman, and it’s been going on for some time. Clay Waters of the conservative Media Research Center pointed out that as far back as 2007, Brooks replied to a Krugman column (about Ronald Reagan’s alleged appeal to racist voters during his 1980 presidential campaign) by denouncing “people who, before making one of the most heinous charges imaginable, couldn’t even take 10 minutes to look at the evidence.”

But the Cold War of columnists seems to have heated up now that Krugman is plugging his book, End This Depression Now! In the book, Krugman argues that the economy needs more government spending, and that austerity in Europe and America is holding back the recovery. As Krugman was out pitching the book, Brooks wrote a column attacking people who think “the government should borrow and spend more,” and arguing that the reason for high unemployment is actually structural, based on the long-term decline of certain sectors of the economy: “Fixing these structural problems should be the order of the day, not papering over them with more debt.” He didn’t name names, referring only to “many people on the left.”

The very next day, Krugman wrote a blog post attacking people who think unemployment is structural, unveiling a series of charts to show that job losses are high in every sector (construction, manufacturing and services), not just the ones with long-term problems. But he didn’t link to anyone in particular making that argument—he just said that this is the story “they like to tell in popular articles.”

Other economic exchanges have been even more vicious: after Brooks used Greece as an example of the ineffectiveness of government spending, Krugman wrote that anyone who makes this argument “should be immediately considered not worth listening to.” The two men are using their newspaper to debate two completely different solutions for the economy—and the gloves are off.

Commentators have begun noticing, and enjoying, all this sniping. John Hudson of The Atlantic called for an end to “this vexing game of winking intellectual fisticuffs.” Kevin Drum at Mother Jones saw this as the ultimate clash between a liberal policy wonk and a conservative who is more focused on general principles. “Krugman the liberal is all about the data,” Drum wrote, while Brooks is “all about telling a plausible story.” That’s why Krugman considers declining values to be “overwhelmingly the consequence of rising inequality,” while Brooks dismisses such ideas as “crude 1970s economic determinism.”

As more media outlets notice the fight, the two men have started to calm down a little. Confronted about the issue on MSNBC, Krugman said two opposing columnists would naturally be “on both sides of any issue,” while in an email to Hudson, Brooks said, “I don’t regard it as a one-on-one disagreement.” (Neither responded to requests for comment from Maclean’s.) After Krugman unleashed another column blast against unnamed believers in structural unemployment, he followed up by blogging that, “I don’t regard anyone who disagrees with me as necessarily a mendacious idiot.” But it’s still a disagreement that goes to the heart of today’s issues: structural vs. cyclical unemployment, data vs. values. And the fact that it’s all done cryptically gives it something economic arguments don’t usually have: entertainment value. “It’s a sort of very inside baseball soap opera for political media aficionados,” Pareene says.