Why are travellers abandoning cars at the Edmonton airport? 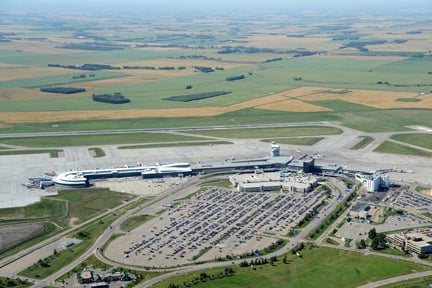 EDMONTON – People leave a lot of things behind at airports, but in Edmonton it seems that a record number of travellers are abandoning their vehicles.

Heather Hamilton of the Edmonton International Airport says 130 unclaimed vehicles have been found in the facility’s parking lot.

Some of them have been there as long as three years and show the tell-tale signs of abandonment — flat tires, missing licence plates and faded paint.

Hamilton suggests the downturn in Alberta’s economy is partly to blame.

She thinks some of them were left there by workers from Ontario, Newfoundland or even Ireland who were working in the northern Alberta oilsands and suddenly lost their jobs or had to move.

Many of the abandoned cars are mid-range family vehicles, but Hamilton says one is a 2014 Chevy pickup truck that’s probably worth $30,000.

Another theory is that some of the vehicles may have been left behind by owners who can’t afford the parking fees they’ve been racking up, but airport officials say in some cases they’d be willing to waive the charges just to get the vehicles out of there.