Why B.C. desperately wants to fill your stocking with coal 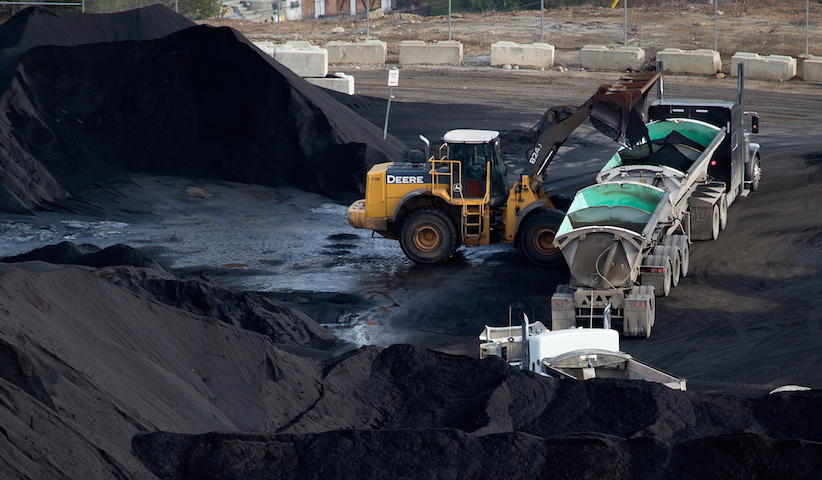 Hey kids, wouldn’t you really rather get a lump of coal this Christmas? That’s the message from the B.C. government, which sent out this rather odd email to reporters late Friday (excerpt)…

Stuff your stockings with B.C. coal

VICTORIA – No matter whether you light the menorah, trim the tree or  setup the Festivus Pole, your holiday activities likely have a connection  to a lump of coal mined right here in British Columbia.

From the planes, trains and automobiles that are used to transport  holiday gifts, to the stores where those gifts are sold – they all require steel. That steel is made using metallurgical coal.

Planning to drive to the mall over the holidays? There are approximately three million cars in B.C. and it takes roughly 630 kilograms of metallurgical coal to produce a single vehicle.

Nothing says Canadian winter like lacing up the ice skates for a game of hockey. The steel blades that make breakaway goals possible start out as metallurgical coal.

“Most people don’t think of coal when they go shopping for gifts, but the fact is without the coal that is mined right here in British Columbia, we wouldn’t have access to things like smartphones, cars or even shopping malls.

The B.C. government, in its apparent new role as marketing agent for the province’s coal industry, appears to be taking a page from TransCanada Pipelines with its press release. Last month TransCanada, the company behind such stalled pipelines as Keystone XL and Energy East, launched an ad campaign highlighting all the crap, *sorry*, possessions, in your house that are made with oil. “The more you know about oil,” the voiceover urges, “the more TransCanada’s Energy East pipeline makes sense.”

It’s not immediately clear what B.C.’s mining minister hopes to achieve here. Unlike TransCanada, which is desperate to obtain approval for its Energy East pipeline, there is no legislative or regulatory hurdle to metallurgical coal exports. In fact, there’s too much of the stuff flooding world markets as it is, and that’s led to vertigo-inducing price declines.

Indeed, the collapse in the price of metallurgical coal makes the 40 per cent correction in crude oil look like a minor stumble. Since peaking in 2011 at US$330 per metric ton, coking coal, as it’s also called, has fallen 65 per cent to US$117. (Metallurgical coal, a key ingredient in manufacturing steel, is different from thermal coal, which is burned to produce energy.)

Just as the oil collapse has left provincial governments in Alberta, Saskatchewan and Newfoundland (and Ottawa to a lesser extent) biting their fingernails over the revenue holes forming in their budgets, B.C. is watching nervously as metallurgical coal prices drop.

The chart doesn’t include the most recent year, when some of the steepest price declines have occurred. Nor does it capture the full extent of the damage to B.C.’s economy from the price slide. Mines have been shuttered, Teck laid off hundreds of workers earlier this year, and the expansion of the federally-owned Ridley coal terminal has been delayed for five years. These examples and many others are taking a toll on B.C.’s resource-intense economy. And with China’s steel industry—demand from which kicked off the coal boom last decade—suffering from extreme overcapacity, even as its industrial and construction sectors slow, there’s little sign demand for coal will resume any time soon.

So maybe Bennett’s plea to stuff your stocking with coal makes some sense after all. Nobody else seems to want it.