Why bottled water hasn't gone away

Bottled water is facing campaigns shaming it for environmental waste. And yet, it's more popular than ever. 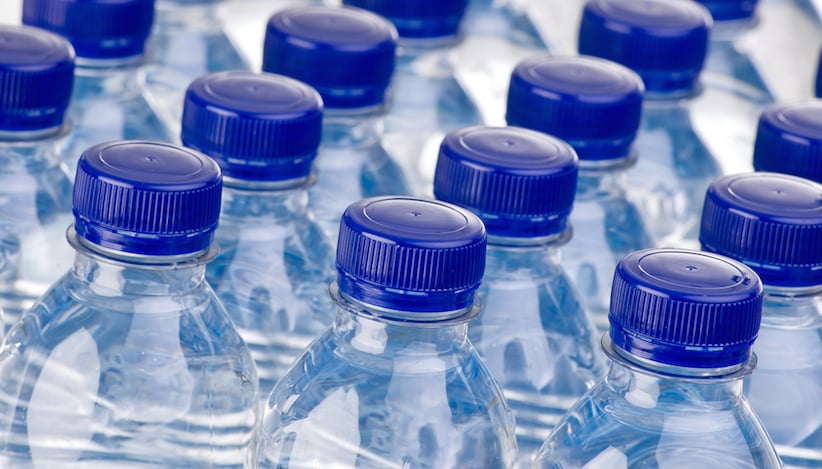 Catholic students in Saskatoon won’t find Dasani in their school vending machines any time soon. Citing concerns about the global threat to potable water caused by water privatization, the Greater Saskatoon Catholic School Board approved a policy on June 22 to eliminate all commercial bottled water from its schools and install water-filling stations in the hallways instead. The news was announced as a victory for the environment: There will be fewer plastic bottles in landfills, and fewer exhaust-spewing transport trucks hauling them around. “That little bottle touches a lot within our world,” superintendent of education Darryl Bazylak told the Saskatoon StarPhoenix. “So, yeah, we’re proud of [the policy] and believe [that], in our small way, we can make a difference in the world.”

The school board was only the latest organization to ban the bottle. In recent years, universities, colleges and school boards across the country have outlawed selling bottled water on school property. That’s on top of a litany of bad press of late: Nestlé tapping millions of litres of Canadian groundwater for free; Starbucks selling Ethos bottled water from the springs in drought-ridden California for $1.95 a pop; recalls due to fears of E. coli bacteria; not to mention the damning stats showing billions of bottles find their way to landfills each year. With all the campaigns shaming environmental waste, PR scandals, and the ready availability of home filtration systems, one might think Aquafina, Fiji, and the plethora of other bottled-water brands would be dead in the water by now.

Yet, to the aggravation of environmentalists, bottled water is not just surviving, but thriving. Global packaged-water consumption is set to hit more than 233 billion litres this year, up from 170 billion litres just five years ago, according to a recent report from Canadean, a U.K.-based market research firm. According to its forecasts, packaged water will overtake soft drink sales this year, with global consumption expected to grow further, thanks in large part to China, India and Brazil.

In North America, bottled water was the second-highest-growing beverage segment in the U.S. from 2013 to 2014 (with a 7.3 per cent increase in volume), lagging behind ready-to-drink coffee, but beating out energy drinks and sports drinks, according to data from the Beverage Marketing Corporation. Meanwhile, in Canada, the amount of bottled water sold through stores jumped by three per cent last year to reach 2.4 billion litres, according to Euromonitor International, with Nestlé controlling 30 per cent of the market.

How to explain bottled water’s resilience? “Though there has been bad press surrounding the false claims of water source, there is a more deep-rooted distrust in tap water,” says Fiona Baillie, a beverage analyst at Canadean. “The widely publicized concerns about chemicals found in tap water (i.e., high levels of fluoride and estrogen) are driving the consumption of bottled water, as many consumers are not willing to expose themselves to any risks associated with these chemicals.”

The perception of bottled water as healthier is very much in dispute. The U.S. Centers for Disease Control and Prevention consider fluoridation of drinking water one of the 10 greatest health achievements of the last century, while the American Dental Association cites more than 350 scientific references about how water fluoridation is a safe, effective practice. That being said, it only takes the occasional news story about a boil-water advisory somewhere to leave people suspicious about what comes out of their own taps.

A bigger hurdle to doing away with the bottle is the fact that, for all the municipal campaigns assuring residents that tap water is safe, and for all the environmental campaigns about the mountains of plastic bottles in landfills, only a small minority of people have been willing to carry around refillable bottles. “[Tap water] is not convenient in many situations,” says Gary Hemphill, managing director of research at Beverage Marketing Corp. “If you’re going to buy a packaged beverage, they all come in some type of container, whether it’s a plastic bottle, glass bottle or can.” In a convenience-store fridge filled with Mountain Dew and Monster energy drinks, water is the healthiest option.

Indeed, the continued growth in bottled water comes at the cost of declining soda sales. “There is a huge growth in the water category in the U.S., driven by concerns about health and obesity, ” Marco Settembri, chief executive of waters at Nestlé, said recently. Those who don’t want sugary cola or high-calorie beer at a baseball game will opt to buy bottled water. It’s why bottled-water companies are eager to link their brands to famous athletes. Tap water can’t afford a multi-year sponsorship deal with tennis star Maria Sharapova.

Meanwhile, in Saskatoon, while some schools may stop selling bottled water in the cafeteria, it won’t dry up sales entirely. “Whether it’s a school or a municipality taking it out of their offices, it doesn’t necessarily mean people aren’t drinking bottled water,” Hemphill says. “They can buy it down the street.”