Why Canada's fetish for big U.S. brands is fading

The arrival of the Cheesecake Factory in Canada saw none of the hype once afforded to U.S. chains that entered the country 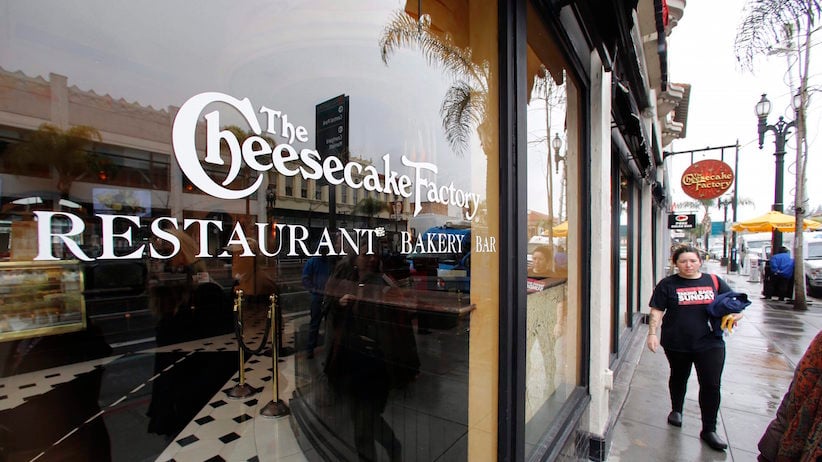 Drake’s 2016 song “Child’s Play” is both a tale of complicated love and an off-hand endorsement of Cheesecake Factory. “Why you gotta fight with me at Cheesecake,” he asks a vexing lover. “You know I love to go there.” The lyric speaks to multiple yearnings: for a lover who doesn’t return your affections, for a popular chain restaurant without locations in your homeland. Like the Toronto-born rapper, Canadians spent decades lusting for the U.S. retailers who refused to cross the border. But in the wake of Target’s retreat back to America in 2015, U.S. brands have lost their fetish status for Canadians.

Consider the reaction to Cheesecake Factory announcing plans to open its first Canadian location later this fall at Toronto’s Yorkdale Mall. The restaurant is a major chain, with 208 locations across the United States. Not only does Drake namecheck the Cheesecake, but also the chain employs multiple characters on Big Bang Theory, granting it further pop culture cache. And yet, the news merited only a handful of news stories and a brief uptick in Canadian searches on Google. Contrast that with the days of buzz that followed Target’s 2011 or Nordstrom’s 2012 announcements of northern expansion. Even a one-day pop-up restaurant in 2014 by California burger chain In-and-Out Burger generated more media coverage.

The hype preceding Target’s arrival now works against every other beloved American brand that makes a Canadian foray. Customer anticipation turned to disappointment when shoppers encountered high prices and empty shelves. Seventy per cent of Target’s Canadian customers had visited a U.S. location, according to a study by polling software firm Vision Critical. Unfortunately, 40 per cent of shoppers said the Canadian store experience didn’t match the U.S. one and 89 per cent said the chain didn’t live up to its tagline: “Expect More. Pay Less.”

While the Target debacle left Canadian consumers jaded, it didn’t quash the plans for expansion of other U.S. chains. Canada’s economy is only slightly larger than the state of New York, meaning many U.S. retailers didn’t make it a priority in their expansion plans. But following the 2009 financial crisis, the still strong Canadian economy looked mighty enticing. Saks Fifth Avenue, Nordstrom and Dick’s Sporting Goods all launched major northern expansions. Further, up-and-coming brands like Warby Parker are taking far less time to expand beyond U.S. borders. The list of American chains without a Canadian outpost is simply far shorter than it once was.

True, there’s still a few hotly desired U.S. firms—Trader Joe’s, Shake Shack—that haven’t made the leap. But evidence suggests that Canada’s shopping scene is now better than down south. International chains like Muji, Uniqlo and Sandro are mounting Canadian expansions of their own. In 2015, Retail Insider observed that Canada would soon have a higher concentration of luxury department stores than the States. Meanwhile, American retailers like J.C. Penny’s and Macy’s are closing stores at an alarming rate while nine major retailers have declared bankruptcy this year. If Canadians don’t envy the U.S. shopping experience anymore, there’s a simple reason—our malls are now better stocked than theirs.