Kellogg's pulled its ads from Breitbart for fear of being associated with hate speech, but corporations may find they have more to lose by angering the right 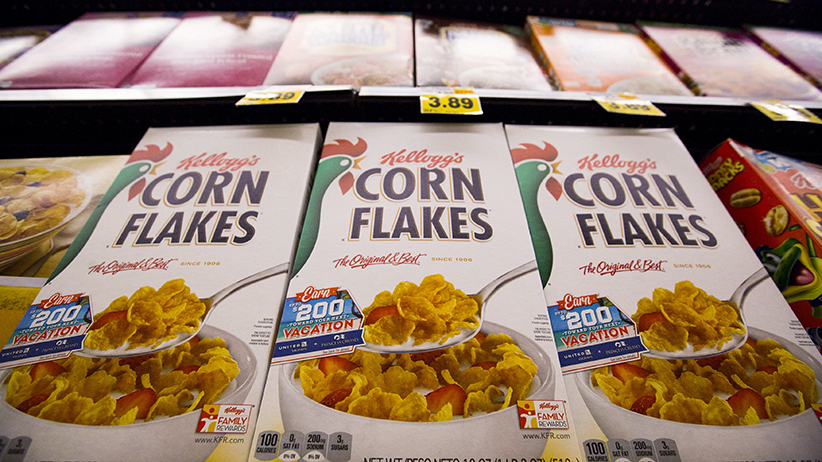 After Donald Trump’s surprise victory in the Electoral College, Slate magazine published an article headlined: “Who will stand up for diversity, inclusion, and the environment now? The government won’t. But Fortune 500 companies will.” The idea was not as strange as it may seem: huge multinational corporations like Disney have become socially (though not economically) liberal in recent years, and are much closer to the Democrats than the Republicans on issues like climate change. And big corporations generally try to avoid associations with anything that could smack of hate speech, which is why Kellogg’s became the latest company to pull its ads from Breitbart due to its association with the alt-right.

But it may be a mistake to depend too much on multinational corporations keeping liberalism alive in the age of Trump. For big corporations to take these issues seriously, they have to be more afraid of a backlash from liberals than from conservatives. Even though Trump won partly on a narrative of all-powerful liberal political correctness, the last year has shown that companies have more to fear from offences against right-wing political correctness: a liberal backlash can be unpleasant, but a conservative backlash does more damage.

Boycotts, for example, currently seem to be more effective when they come from the right. The chain store Target announced earlier this year that it would officially allow people to use the bathrooms that correspond with their gender identity. This led to such a ferocious backlash that Target reversed the policy and announced that it would be installing separate unisex restrooms instead. Before that, the “Gamergate” backlash against liberalism and feminism in gaming coverage was singled out by a Gawker editor as one of the biggest factors in the site’s demise, particularly in its ability to scare advertisers away from the site: “If you can bug a chief marketing officer, it doesn’t matter that your complaints are disingenuous: He just wants to stop being annoyed.”

When it comes to entertainment, a movie or show faces a lot more trouble if it gets a bad reputation on the right. This year’s remake of Ghostbusters with an all-female cast faced enormous online backlash from the right (some of it driven by Breitbart contributors) and performed disappointingly at the box office. TV ratings for football have been down this season, a decline that some have blamed on Colin Kaepernick’s anti-police-brutality protests.

Meanwhile, liberal backlash, while it can work at a small or local level, has little effect on big corporate productions. There was much online outrage this year over Disney’s Doctor Strange replacing an Asian character with a white character, and the backlash got enough press attention that people involved with the film felt it necessary to respond. But the movie was a big success, and many reviewers didn’t even mention the revisionist casting. Liberal outrage sometimes gets more recognition in the press, in part because many journalists are more familiar with liberal Twitter accounts. But multinationals haven’t been given much reason to fear its effect on profits, at least compared to conservative outrage.

That makes it likely that we’ll see corporations back off a bit from things that would provoke the right. We might have seen this even if Hillary Clinton had won, since some companies are already quietly turning their back on liberal causes. The comics division of Marvel, which spent the last few years promoting the idea of diversity as a part of its brand, is starting to bring out more comics for nostalgic readers who prefer the way the character lineups looked in the old days.

Which doesn’t mean these companies are going to suddenly become hard-right organs, any more than they were truly liberal in the Obama era. It just means that it could be dangerous to put too much faith in their ability to be a vehicle for U.S. liberalism. For the next two years at least, U.S. liberals will have very little power at the political level, and the right may have outdone them at the art of boycotts and backlashes. Until they can fix one or both of those problems, companies may pay more attention to complaints from the right. Because ultimately the heads of these companies aren’t really liberal or conservative. What they believe in is not getting into trouble or losing money.