Why Facebook's math doesn't add up 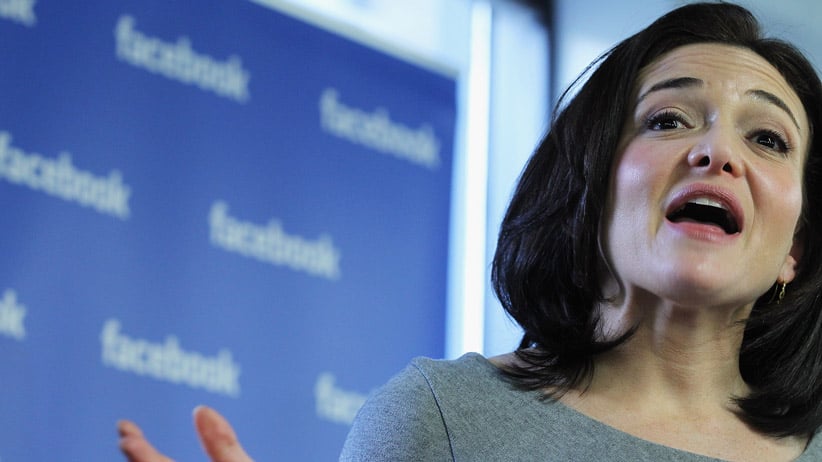 No executive worth her one-percenter paycheque goes to the World Economic Forum without a headline-grabbing study to present, so as Sheryl Sandberg, the chief operating officer of Facebook, jets off to the Swiss Alps this week, she goes prepared with a report that has already generated plenty of media attention—but far less of the eye-rolling and skepticism it deserves.

The social media giant hired the accounting and consulting firm Deloitte to tally up the company’s impact on the global economy. Deloitte delivered in spades. (Presumably the answer “Not very much” was not among those considered for delivery to the client.) Facebook, the report’s authors determined, contributed $227 billion in economic activity in 2014 and created 4.5 million new jobs worldwide.

Now, rule No. 1 when crafting economic impact reports is never, ever include zeroes in the final tally. In fact, rounded, even numbers should be avoided altogether—too phony sounding, as if the final figure was pulled out of thin air or something. Hence the headline, duplicated mindlessly across the Internet: “Facebook adds US$227 billion to economy: Report.” Sounds authoritative, right?

Of course, like all economic impact studies (they’re a dime a dozen, cranked out regularly on behalf of companies and industries trying to puff up their importance) the Facebook report is so chock full of assumptions and “multiplier” effects as to be completely useless—except, that is, for the respective company’s marketing department. To arrive at the final big number, Deloitte performed acrobatic feats of arithmetic and logic all while offering almost nothing in the way of transparency about their underlying data.

Here’s a doozy. The report claims Facebook was responsible for roughly 16 per cent of smartphone sales worldwide, on the assumption that people bought those phones in order to get access to Facebook—and all those cute kitten videos on its pages, no doubt. It’s a ridiculous statement, because it implies that in the absence of Facebook, those phones wouldn’t have been sold—apparently no one makes phone calls, texts or surfs the Internet anymore. And yet the report couches this claim in so much bafflegab as to make it appear legit: “To isolate this retail value, an approximation of a retail margin, consisting of, for example, operational expenses, taxes or profits, is applied to the estimates.”

Deloitte also really likes Facebook’s “like” button, attributing $148 billion to the marketing effect of users “liking” businesses’ Facebook pages. The assumption is that each time those “like” buttons are clicked, sales potentially rise. By how much per click? How many clicks does it take to generate $1 of new sales? How much of the gain relates to the businesses’ other marketing efforts? Don’t look to the report for answers. That information is proprietary. But Facebook doesn’t mind also taking credit for the increased consumer spending by employees hired as a result of the higher sales that follow from each click of a “like” button. Got that?

A few economists were quick to call bull. “The results are meaningless,” Stanford economist Roger Noll told the Wall Street Journal. “Facebook is an effect, not a cause, of the growth of Internet access and use.” Meanwhile, BMO Capital Markets’ chief economist Doug Porter noted Facebook’s estimate of its economic impact in Canada—$5 billion and 82,000 new jobs—would mean it contributes between 0.2 and 0.3 per cent of GDP, which is more than retailer Target ever accounted for. (Er, maybe that’s a bad example.)

In contracting Deloitte to produce the report, there appears to be something of an economic impact arms race brewing in tech. Last year Google released a report analyzing its own importance to the U.S. economy, determining that it added $111 billion. (Another number just oozing credibility.)

The glaring hole in both reports, as with any claim of new job creation, is that we can never know what might have happened in the absence of Facebook. Deloitte says as much, even as it stresses that the economic and job gains laid out in the report account for “an estimate of activity displaced or cannibalized.” By that it means all the media, advertising and, presumably, traditional retail jobs lost in the shift to online. Sandberg stressed that point: “People believe that technology creates jobs in the tech sector and destroys jobs everywhere else,” she told Reuters. “This report shows that’s not true.”

Well, no, it doesn’t, actually. It amounts to 35 pages of marketing bunk dressed up as cogent analysis.

There’s no question Facebook is a growing force in the economy and has opened up new marketing and sales avenues for businesses. But here’s the thing: if Facebook is going to claim credit for so many sweeping accomplishments, shouldn’t it also take some of the blame for the billions of dollars in lost productivity from office workers surfing Facebook all day? Or maybe that’s something Facebook would like us just to forget.