Why gas stations are in decline in Canada

As the number of gas stations plummets, they’re gradually being replaced with charging stations for electric cars—and a new way to think about 'filling up' 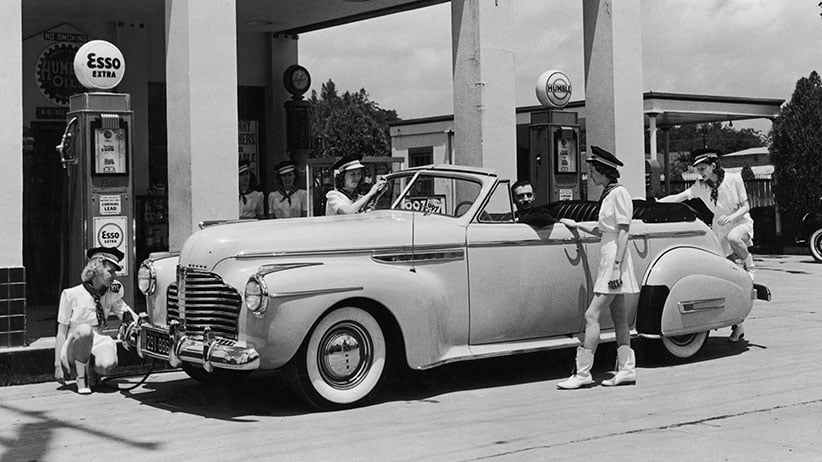 In 2007, the Joy gas station in Toronto—renowned for its château-style architecture—was lifted off its moorings, moved across the street from its lakeside location and restored. Then last year, in Calgary, retro full-service station Eamon’s Bungalow Camp was declared worth saving by city council after a grassroots campaign earned the endorsement of heartthrob Corey Hart, who filmed a music video in front of the station’s iconic sign in 1986. Who’d have thought that gas stations, of all places, would one day have sentimental value? “When I was a kid, we always used to hang out by the gas station, drink Cokes, your friends would come in to fill up, and it’d be a great place for young boys to get their first job,” says John O’Dell, a senior editor for U.S. automotive guide Edmunds.com. “There were lots of them around.”

That time has passed. A May survey by consulting firm MJ Ervin & Associates found there are fewer than 11,850 gas stations in Canada, down from more than 20,000 in 1989. (A similar decline has taken place in the U.S., where the number of fuelling stations has dropped by more than a quarter since the mid-1990s.) The reasons for the fall are manifold. Petroleum producers are leaving the business of selling gas to the likes of Wal-Mart, Costco and Canadian Tire, while profit margins have grown razor-thin. At the same time, demand has dropped due to improvements in fuel efficiency and a decline, since the recession, in how much people drive. “It’s a pretty dire situation, especially in rural areas,” says Alex Scholten, president of the Canadian Convenience Store Association.

But as gas stations disappear, Canada is seeing the rise of alternative-fuel vehicles, in particular, the electric car. Last year, roughly 3,100 were sold in Canada, a 58 per cent jump from 2012, according to Green Car Reports. That’s still little more than 0.1 per cent of all vehicle sales, but Navigant Research predicts that, by 2023, annual sales will near 100,000, and that by 2020, there will be 50,000 charging stations available for public use in Canada. It’s estimated there will be more than 11 million stations worldwide by 2020.

Two things have been holding electric cars back: charge speed and range anxiety. Tesla’s proprietary super-chargers, for instance, are the fastest available, but even they require 45 minutes for a full charge; Nissan is developing a quick-charge station for its Leaf car that would deliver 80 per cent of a tank in 20 minutes, but that won’t be available in Canada until later this year at the earliest, and there is no rollout plan yet. While most purely electric vehicles boast a range of around 200 km—good for in-city driving—the fear of running out of fuel before you find a charging station is high. It’s especially tricky in Canada, with its vast expanses and cold temperatures, which research has shown can affect the range. It’s the classic chicken-and-egg problem, and it’s hampered the electric-car industry for years. “People were blaming everyone under the sun,” says Kent Rathwell, founder of Sun Country Highway, “but the common denominator for why it fails is simply because there’s no infrastructure, so why would anyone buy one? If you can’t drive anywhere, why would you even look at one?” 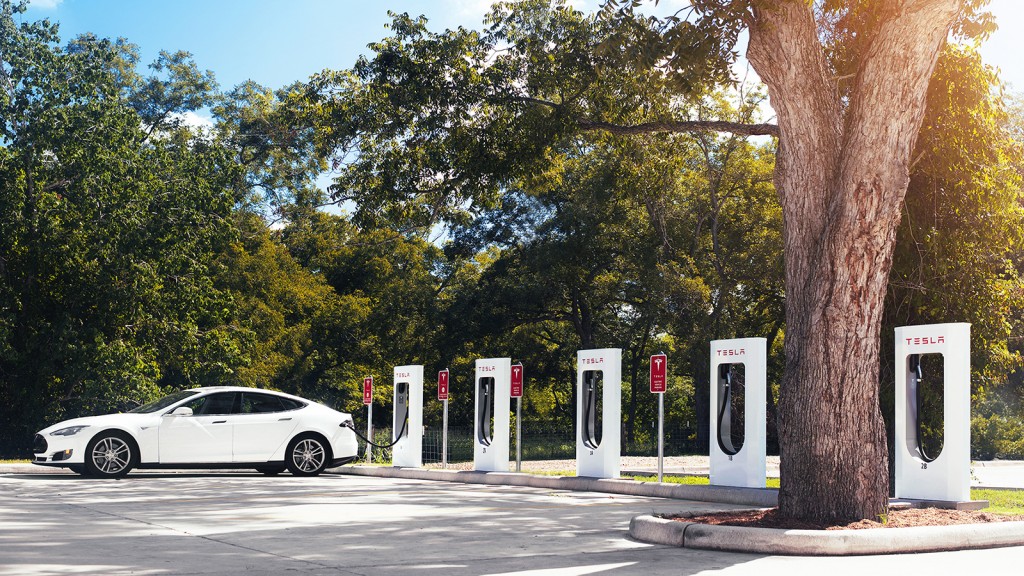 The company, which makes chargers and cords, is bridging that gap, erecting chargers that work for any car across a 10,125-km stretch of roadway between St. John’s, N.L., and Victoria. Rathwell did it without any government subsidies, reaching out instead to towns and businesses to sponsor installation.“We wanted to do our part to make sure electric vehicles were here to stay,” he says. Fill-ups at Sun Country Highway stations are free, while a full charge at Level 2 charging stations—the 240-volt mid-range “fast chargers” that refuel a car in a few hours and are widely available, unlike those speedy quick-chargers—ranges from a flat fee of around $2 to an hourly rate of $1.

Tesla, too, is putting its technology to work. In January, the company unveiled a cross-country line in the United States, connecting Los Angeles and New York with super-chargers. There is none yet in Canada, but, by summer, the company expects to have two routes of super-chargers connecting Toronto to North Bay, Ont., and to Quebec City, and two linking Vancouver to Whistler, B.C., and Calgary, with a cross-country line in the works for sometime in the next two years, says Shanna Hendriks, a Tesla spokesperson. While Tesla’s Model S is the only purely electric car that boasts an anxiety-easing range—425 km per full charge—it’s also pricey, starting at $78,000 in Canada. But its third-generation vehicle, Hendriks says, should hit roads in three years with a similar range and at half the price.

Both Hendriks and Rathwell say the key to the industry’s future success lies in cutting the time it takes to charge. Rathwell says the way technology is improving, a three-minute charge time is increasingly possible. “With the infrastructure in place, you’re going to see a flurry of sustainable product development across Canada,” he says. In the meantime, in some ways, we have a return to that full-service, yesteryear pit stop, the type of experience once had at gas stations. Sun Country Highway and Tesla put their charging stations in locations where there’s something to do while plugged in, from visiting malls and diners to towns off the beaten path. Proponents of the industry admit road trips may take a little extra time. However, they also believe drivers will gradually come to see their cars the same way they see their smartphones—charging them at the end of each day. “It becomes part of your routine, and you never have to go to a gas station, and I think that’s what most people should look forward to,” says Hendriks.

In the interim, gas stations may seek to evolve. “Smart service-station owners—as the market for these alternative-fuel vehicles matures, and as economies of scale start making them more affordable—you’ll see them have hydrogen and electrical charging outlets, as well as gas,” says Edmunds’ O’Dell. Rathwell, too, has had gas-station owners show interest in his project, but found the corporate bureaucracy too unwieldy. Scholten, the convenience-store spokesperson, just doesn’t see the need yet. “Gas isn’t so vastly expensive to justify the infrastructure for the charging stations,” he says. “It’s coming, though.”

Expect a few potholes along the way. For instance, in 2011, small convenience-store chain Kwik Trip in the U.S. Midwest installed 70 charging stations, boasting it was among the first to provide that kind of service. Problem was, they were 120-volt outlets, which deliver about six kilometres of distance for a whole hour of your time.