Why is the Bank of Canada holding interest rates firm?

Stephen Gordon says a surge in wages may be the answer 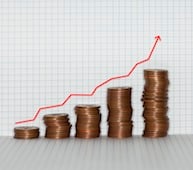 The Bank of Canada’s most recent interest rate decision offers the same guidance for interest rates as its previous decisions: interest rates will go up eventually, but not just yet. There is no hint that the Bank is contemplating a relaxation of monetary policy in the near or medium term.

This stance puzzles some observers: inflation rates have been below the two per cent target for six months and the Bank of Canada’s estimate of the output gap (the difference between how much the economy is actually producing and how much it could produce operating at full capacity) widened after weak GDP growth in the third quarter of 2012. This state of affairs would generally suggest that a relaxation of monetary policy was in order. So why is the Bank holding firm?

One answer is that the BoC believes that the current weakness in the economy is transitory. As Milton Friedman once noted, there are “long and variable lags” between a change monetary policy and its effects on the economy—a reduction in interest rates now may only take effect some time in 2014.

Another answer is that the Bank is worried about the possibility that holding interest rates too low for too long will fuel an asset price bubble—either in stocks, houses or both—a concern it expressed today in its Financial System Review. It may feel that a temporary deviation of inflation below target may be an acceptable price to pay to avoid a financial crisis.

But yet another answer may be what’s happening in labour markets:

The near-term prospect of higher wages possibly pushing up inflation may go some ways in explaining why the Bank of Canada continues to stick with its plan to increase interest rates—eventually.