Why it's getting more expensive for Canadians to fly 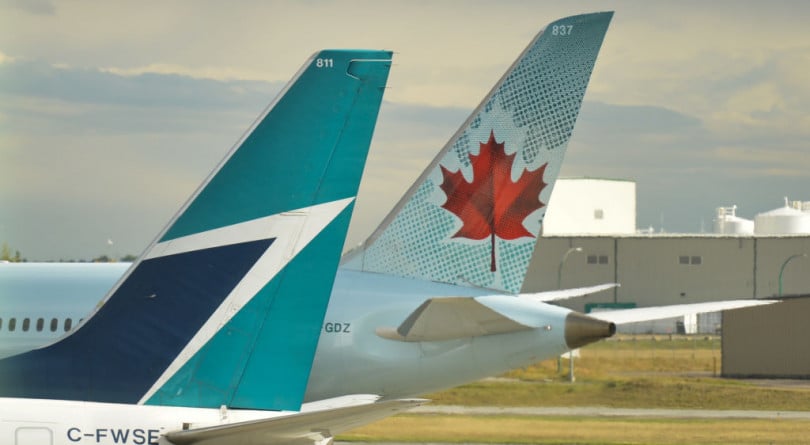 Earlier this month upstart airline Swoop held a surprise seat sale, offering 100,000 tickets at bargain base fares, like Hamilton, Ont. to Abbotsford, B.C. for $41 each way.

As eye-catching as the sales stunt was, Canadians looking to book flights lately have learned to brace themselves for a far more common and unpleasant surprise — the shock of soaring prices.

After years of stable or even declining base fares — which, it’s important to note, don’t include all the extras airlines ding customers with, like baggage, seat selection and ticket change fees — the cost of airline tickets is rising at the fastest pace in nearly a decade.

And experts warn travellers should buckle up for more fare increases in the year ahead.

Read : Our increasing obsession with flying, and hating every second of it

The most recent figures from Statistics Canada show the average base fare for a domestic flight in Canada surged 9.6 per cent in the second quarter from the year before to $176.60. (Remember, these fare prices don’t include GST, air transportation taxes, user fees, airport improvement fees or fuel surcharges.) It was the largest year-over-year quarterly increase since 2011.

The average international fare on Canadian airlines also climbed 6.2 per cent to $300.60 in during the same period.

Meanwhile a forecast of worldwide domestic airfares puts Canada at the top in terms of rising air travel costs. Domestic economy fares in Canada are projected by climb 5.7 per cent this year, the fastest pace among more than 20 countries included in the 2020 Global Travel Forecast put out by the Global Business Travel Association. By comparison domestic economy airfares in the U.S. are seen rising 1.5 per cent.

So why are Canadians paying more to fly?

The prime factors driving up Canadian airfares are good times for our economy and very bad times for the Boeing Max 737, say experts.

Canada’s unemployment rate is near multi-decade lows, and wages are climbing at their fastest pace since before the Great Recession. “The Canadian economy has been doing reasonably well. That has one impact on the price curve. And then, how much supply is there?”

That’s where the ongoing crisis with Boeing’s 737 Max airliner comes in. The aircraft has been grounded since last March after a pair of deadly crashes, immediately taking 323 planes out of service globally, says Kokonis, while the company has several hundred more ready-built planes it cannot deliver to airlines that ordered them.

“That’s a really big chunk of capacity,” he says, noting Air Canada and Westjet expected to have 54 of the planes flying by now.  Instead the two companies have scrambled to replace their MAX fleets with leased aircraft from other companies, all at higher cost to meet even a portion of their growing demand. Those extra costs are passed to ticket buyers.

Another factor that could come into play this year is takeovers. Last year Air Canada purchased Air Transat, while private equity firm Onex bought Westjet at a premium price. The deals shook up the industry and analysts are watching to see if they put upward pressure on ticket prices.

Canadians have grown accustomed to paying higher airfares than our neighbours to the south, the result of not only our sparse population but also a plethora of government taxes and fees not found in other countries. “In the long run, every piece of government intervention into the (air travel) market … ends up in the cost of travel,” says Chris Murray, an aviation analyst and managing director of research at AltaCorp Capital.

Which raises the question of Canada’s new federal airline passenger bill of rights legislation, which fully came into force last month. It provides a minimum level of compensation for things like damaged luggage, lengthy flight delays or cancellations, and being bumped from flights. For instance passengers forced to change flights because of overbooking could get as much as $2,400.

Earlier this month Swoop, which is owned by Westjet, added a $2.56 surcharge on all tickets as a result of the rule change. It may need that money soon — shortly after announcing the surcharge Swoop stranded more than 100 passengers in Cancun, Mexico for several days after their return flight to Hamilton was cancelled when a flight attendant was injured.

Despite that Gábor Lukács, a passenger rights advocate, says he doesn’t believe the legislation will be a big factor in whatever price hikes the airlines introduce this year. The federal government pegged the financial impact of the new rules to be just $2.73 per ticket, and even that is a “gross overestimate,” he says, since it “discounts the behaviour-modification effect” of the legislation.

In other words, airlines will strive to be more punctual and reduce overbooking to avoid paying out penalties, meaning fewer complaints and fewer compensation payments.